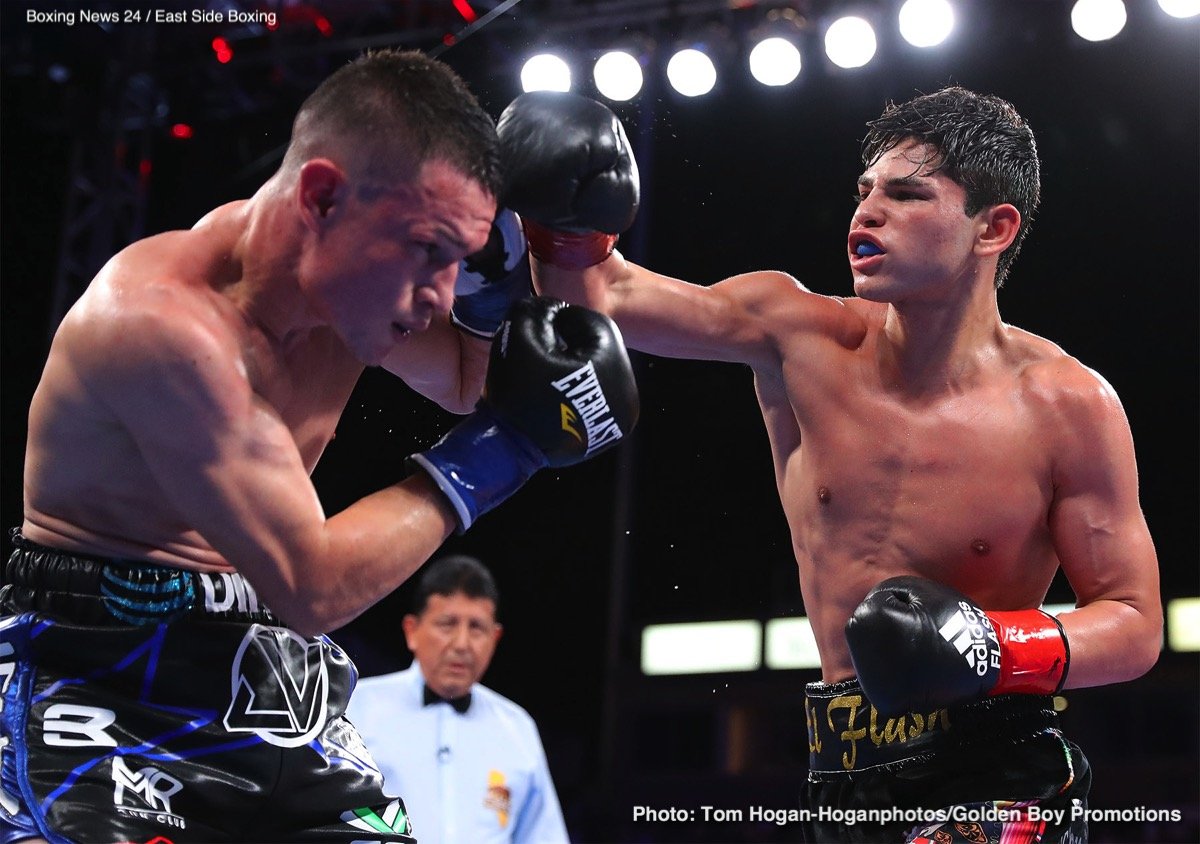 Ryan Garcia is ready to get his fight with Isaac ‘Pitbull’ Cruz signed off on already for the two of them to meet in April on DAZN.

The 23-year-old King Ryan wants to face the best in the 135-lb division and set up a big match-up for later in the year against possibly Gervonta ‘Tank’ Davis on pay-per-view.

Whether Ryan takes on Tank (26-0, 24 KOs) will depend on how he looks against Pitbull Cruz in April. Ryan can’t just squeak by the 23-year-old Cruz and expect to face a big puncher like Gervonta in his next fight.

To show boxing fans that he’s ready for a guy like Tank Davis, Ryan must dominate Pitbull Cruz and preferably knock him out.

If the Golden Boy promoted Ryan Garcia gets knocked down as he did in the second round in his last fight against Luke Campbell, it would be a sign that he’s not ready to take on Davis.

It’s a questionable move for Ryan Garcia to be taking on a fighter with the power, toughness, and inside game that Pitbull Cruz possesses. But if Ryan wants to make up for the lost time of over a year layoff, he will need to beat a guy like Cruz.

Ryan has lost a lot of his fans due to him pulling out of his July 9th fight against Javier Fortuna due to mental health issues and his injury pull out of his November match against Joseph ‘Jojo’ Diaz Jr.

With his name-dropping, Ryan got many boxing fans excited about fights that never materialized against Tank Davis and Manny Pacquiao.

To add to that, Ryan’s decision to not face WBC lightweight champion Devin Haney after his win over Luke Campbell in a WBC-title eliminator. That move by King Ry made him look like he was ducking Haney due to him being afraid.

“Gervonta Davis against Ryan Garcia. It’s a great fight. I can remember seeing ‘Tank’ Davis for the first time. He had an elusive style, he threw big uppercuts, and he brought excitement,” said Carl Froch to Sky Sports on a fight that he wants to take place between Ryan and Tank Davis.

“Then you’ve got Ryan Garcia, who climbed off the canvas to stop Luke Campbell. They are two exciting fighters with fantastic ability coming together in an explosive clash.

“What a fight! Someone has to lose their unbeaten record, so you know it’s going to be a cracker.”

If everything goes right against Pitbull Cruz in April, we could see Ryan and Tank Davis in the second half of 2022, but that’s a big If at this point.