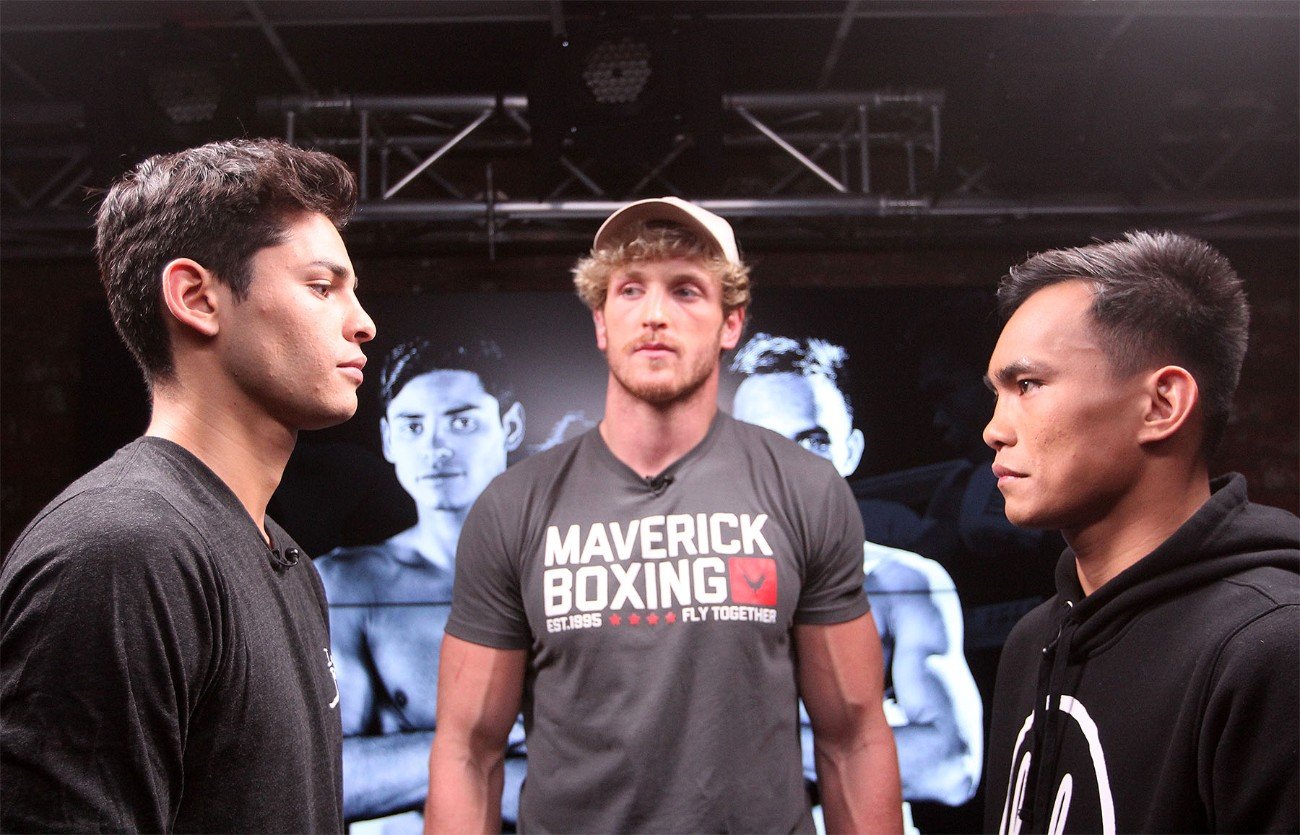 Rising lightweight star Ryan Garcia (18-0, 15 KOs) and NABO Lightweight Champion “Ruthless” Romero Duno (21-1, 16 KOs) faced off in a special pre-fight feature on Facebook Watch to discuss their highly anticipated 10-round fight in the co-main event of Canelo vs. Kovalev.The night of boxing action will take place this Saturday, Nov. 2 at the MGM Grand Garden Arena in Las Vegas and will be streamed live exclusively on DAZN.

Social media star Logan Paul moderated the face-off, which highlights the importance of this upcoming bout along with the controversy that surrounded the way it was finalized. As an added bonus, Garcia concluded the feature by turning the tables on Paul and interviewing the YouTube star to discuss his upcoming rematch against KSI on Nov. 9 at Staples Center and live on DAZN. To watch the entire show, click here.

“I took this fight because no prospects want to do this,” said Ryan Garcia. “And I want to do it. I don’t want to fight old veterans. And I don’t want to fight ex-champions that are already washed up. I want to show everyone what I’m made of, and this is the perfect fight to do this. We’re two young fighters. What other young fighter is doing this?”

“A win over Ryan Garcia would mean a lot to me,” said Romero Duno. “I know that Ryan is very famous, and there are a lot of people who think I can’t beat him. I need to show them that I can fight against a fast boxer like him. It’s going to be a tough fight.”