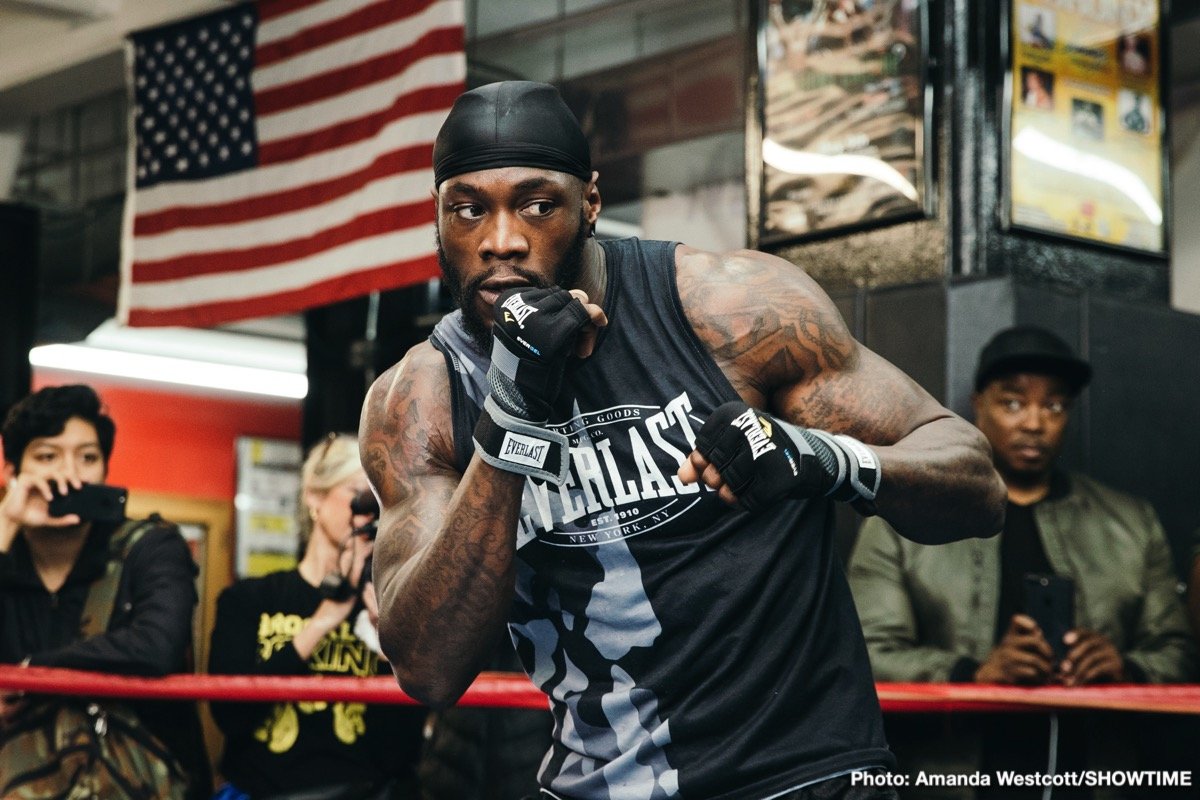 Fight fans everywhere are well aware of the fact that Andy Ruiz-Anthony Joshua II, the biggest heavyweight fight of the year, some say for many a year, will take place in the unlikely setting of Saudi Arabia – and there could be more big boxing events to take place in Saudi. Unlikely setting? That was a few months ago, now, with Amir Khan, Ruiz and Joshua fighting in that part of the world, it could be that Saudi Arabia becomes the new mecca of boxing in time.

This is what lineal heavyweight champ Tyson Fury feels may happen, and more importantly, Fury says his eagerly anticipated return fight with Deontay Wilder may well take place in Saudi Arabia. Fury is of course set have his WWE debut – tonight, in fact, in Riyadh – and “The Gyspy King” says his massive return with the WBC heavyweight champ could be staged there also.

“It’s going to be a great night of wrestling entertainment,” Fury said of tonight’s event. “And hopefully this is the first time of many times the Gypsy King comes to Saudi Arabia because who knows, next year I may even fight Deontay Wilder back here in Saudi Arabia. It’s becoming the sporting capital of the world.”

So have venues in Las Vegas, New York and other places got a great deal to worry about? Will Saudi Arabia, clearly where the big, big money is to be earned, soon scoop up almost all of the big marquee boxing matches? Would you care if this turned out to be the case? If you’re basically a T.V fight fan who never goes to live events, then you could argue it doesn’t really matter where the fight takes place; unless of course it hits the screen at an unsociable hour for you.

Or are you a traditionalist who longs to see the massive super-fights stay (or return to) Vegas and New York and London? The sport is of course constantly changing and right now plenty of the sport’s biggest names are being lured to Saudi Arabia. But will Wilder feel as enthusiastic as Fury does when it comes to fighting over there?