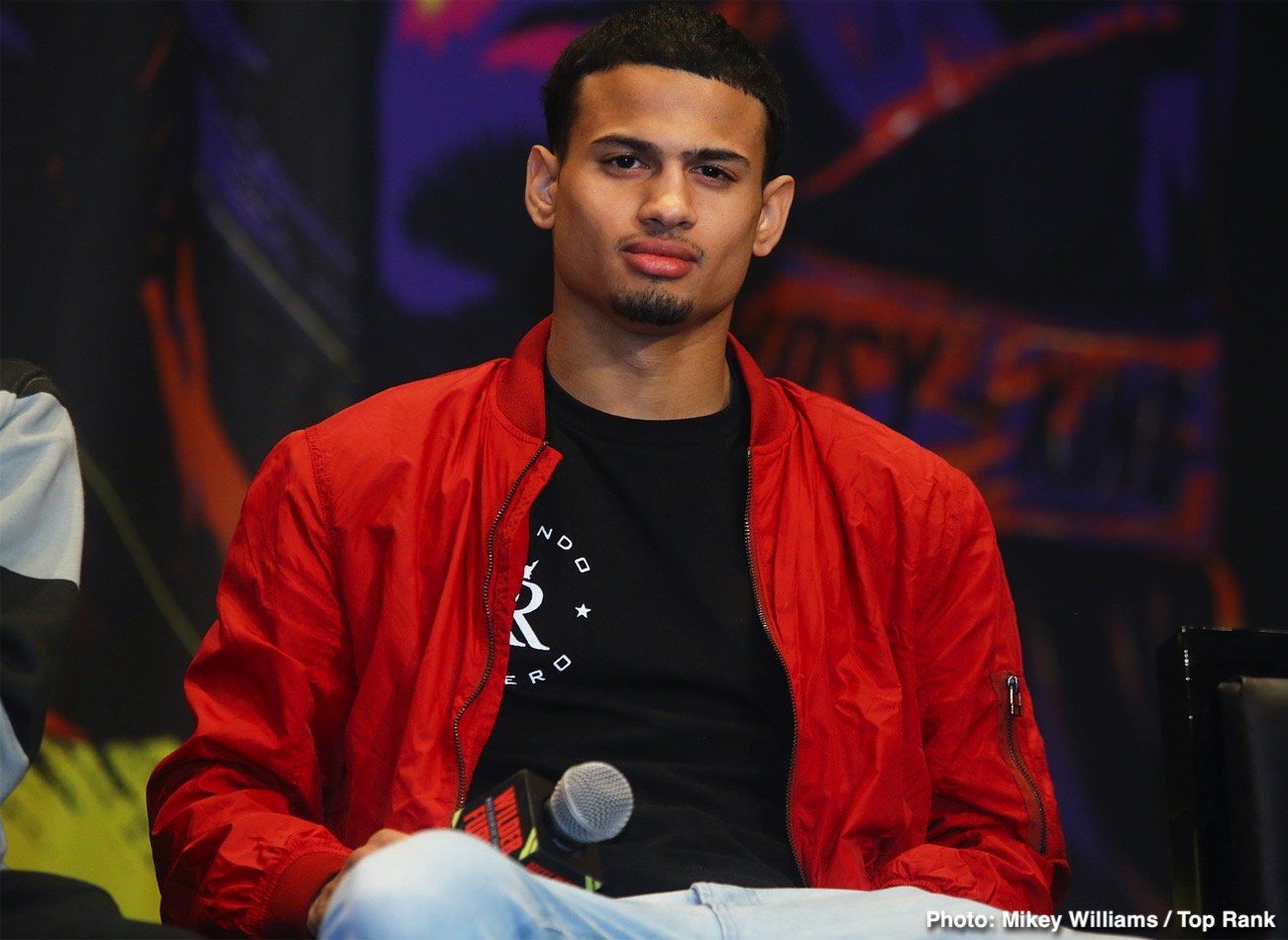 Some fights, you know they are going to be explosive; that it’s inevitable. Such an upcoming fight is the clash of unbeaten stars-in the-making set for December 5 in Los Angeles, between Gervonta Davis and Rolando Romero. These two guys do not get along, to put it mildly, and both Romero, 14-0(12) and Davis, 25-0(24) are confident not only of winning but of doing so by knockout. “Rolly” Romero spoke with TMZ Sports and he vowed to “Knock Tank the f**k out!” Not only that, but Romero says he’ll do it in the very first round.

“Tank’s gonna get knocked the f**k out. And, whoever believes otherwise can go f**k themselves,” Romero said. “The best thing about Tank is that he’s a puncher, and I’m a bigger puncher and bigger person. What the f**k does he have? I punch way harder than him. Ask anyone that knows us both. They’ll tell you straight up. I’m gonna knock him the f**k out. One round. He’s gonna run into something.”

It goes without saying how a one-round win from Romero would be a true stunner, a result that would shock many. And is Romero really a harder puncher than the southpaw who nearly decapitated Mexican warrior Leo Santa Cruz in THAT knockout from Halloween Night last year? Tank has stopped all but one of his opponents, with only German Ivan Meraz lasting the distance with Davis, this back in October of 2014. And of course, Davis has had way more fights than Romero has, and against better quality opposition.

Davis is the favourite heading into this one, for sure. But maybe the cock-sure Romero, who can of course crack himself, knows something we don’t? And only two guys have managed to hear the final bell against Romero (but with Jackson Marinez deemed a very unfortunate loser back in August of last year, with some people calling the decision win that went to Romero an out-and-out robbery). This might be a fight that brings out the best, and a genuinely nasty attitude, in both men.

It seems there is no way this fight goes the distance, whoever wins. Leonard Ellerbe has gone as far as to say we could witness a “modern day Hagler-Hearns” on December 5! Let’s hope so.