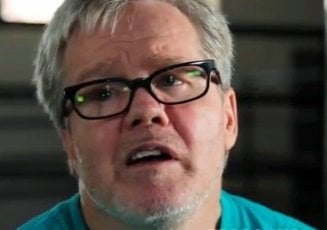 If trainer Freddie Roach gets his way, Manny Pacquiao (56-5-2, 38 KOs) will be fighting WBA/WBC light welterweight champion Danny Garcia (29-0, 17 KOs) in the near future. Roach says Garcia is someone that he really would like to see fighting Pacquiao, because he thinks his fighting style would be perfect for him. Lately, Roach has been talking more about other fighters facing Pacquiao than the guy he’s facing next in Chris Algieri on 11/22 and that has me wondering what his game is.

Roach notes that Garcia likes to come straight at his opponents swinging for the fences with big shots. This is someone Roach believes Pacquiao would be quite comfortable with in the ring.

“Danny Garcia is my number 1 choice right now,” Roach said to Radio Raheem in terms of who he’d like to see fight Pacquiao after Algieri. “I wish we were fighting him today. I know he’s a tough guy and he comes to fight. The thing is he swings, he throws hard. Manny loves when someone comes to fight, and that’s kind of our favorite style of fighter to face. Algieri moves a little too much.”

Roach needs to focus on one thing at a time, because Pacquiao has his hands full against Chris Algieri (20-0, 8 KOs) on November 22nd. For all we know, we could see Pacquiao out-boxed by the much taller Algieri and made to look every bit of his 35 years.

Pacquiao will be turning 36 in December, and those aren’t the gentile freeway miles that Pacquiao has put on his body over the course of his long 19-year pro career. He’s got a lot of mileage on him, and he could very well lose the fight to Algieri.

Garcia would be a tough fight for Pacquiao, and I’m not so sure he would be someone that Pacquiao would do well against at this point in his career. When Roach talks about how Pacquiao, he seems to be seeing him in the light of the young Pacquiao that existed 5 years ago, not the Pacquiao that Juan Manuel Marquez dusted off in 6 rounds. We just saw Tim Bradley stagger Pacquiao last April. If a guy with no punching power like Bradley was able to have Pacquiao stunned then you can only imagine what Garcia would do to him if he connected cleanly.

I think Roach is a little too eager for Pacquiao to fight guys that might be too much for him now. Roach has been talking constantly lately about wanting Pacquiao and Floyd Mayweather Jr to fight. Roach as acting like he absolutely has to have that fight next year. Of course, Roach could be just name dropping in order to get boxing fans interested in seeing the Pacquiao-Algieri fight.

Goodness knows, that fight is going to need a lot of marketing to make it success. But Roach’s desperation for the Mayweather fight seems to have come out of left field lately. It’s just too bad that he didn’t have the same kind of urgency in 2010 when Mayweather attempted to put a fight together with Pacquiao. Roach acted like he didn’t want the fight with him saying that Pacquiao was weakened when he would have blood taken from him. It’s just too bad he wasn’t super anxious then like he is now because we might have seen the Pacquiao-Mayweather fight take place back then.

Rob Smith is a East Side Boxing and Sports News contributor