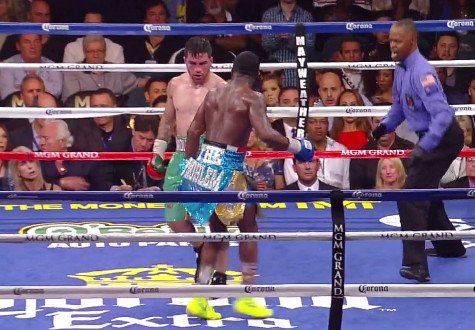 This Saturday night on September 6th, former three division world champion Adrien “The Problem” Broner (28-1, 22 KOs) will be in the ring facing #13 WBC Emmanuel Taylor (18-2, 12 KOs) in a Showtime triple-header from the U.S Bank Arena in Cincinnati, Ohio.

Broner, #3 WBA, #3 WBC, is working his way into position to fight for a world title against one of the belt holders. With his ranking by the WBA and WBC, it looks like Broner is being positioned to go after the one of those titles if the current WBA/WBC 140 pound champion Danny Garcia vacates to move up in weight to go after bigger fighters.

Garcia hasn’t been too open about what his future plans are, so it’s possible he could stay at 140 rather than move up in weight and risk getting beaten repeatedly at 147.

Broner has got to win this fight in style against Taylor, because if he can’t get past a fringe level fighter like him, then it’s pretty clear that Broner doesn’t belong at 140.

Broner still has a lot of questions about whether he has talent to be a factor in the 140 pound division after his lackluster performance last May against little Carlos Molina.

Broner won the fight by a 10 round decision, but he didn’t look any more powerful than he was in his loss to Marcos Maidana at 147 last December. Broner was throwing a lot of single shots and not showing the kind of power that he needed in order for him to be a factor at 140.

Based on that performance, Broner will likely lose to Danny Garcia, Ruslan Provodnikov, Lucas Matthysse and Viktor Postol. Broner’s got a great adviser in Al Haymon who can swerve him around the dangerous fighters to put him in with guys that he does match up well against, but Haymon can’t protect Broner for his entire career.

He’s going to have to fight a quality fighter sooner or later and face reality. If he doesn’t have the talent to be a title holder at 140, it’s better that Broner find that ugly truth out sooner rather than later.

You’d hate to see Haymon weaving Broner through the mind-field of dangerous foes at 140 only to see him get soundly beaten after he finally puts him in with a good fighter in a couple of years from now. Those years would be lost for Broner, because he could have moved back down to 135 and resume where he left off dominating smaller fighters than him.

“It’s about to get ugly on September 6th. Hey, Taylor, man. Step your [expletive] up. Pull your skirt up too,” Broner said.