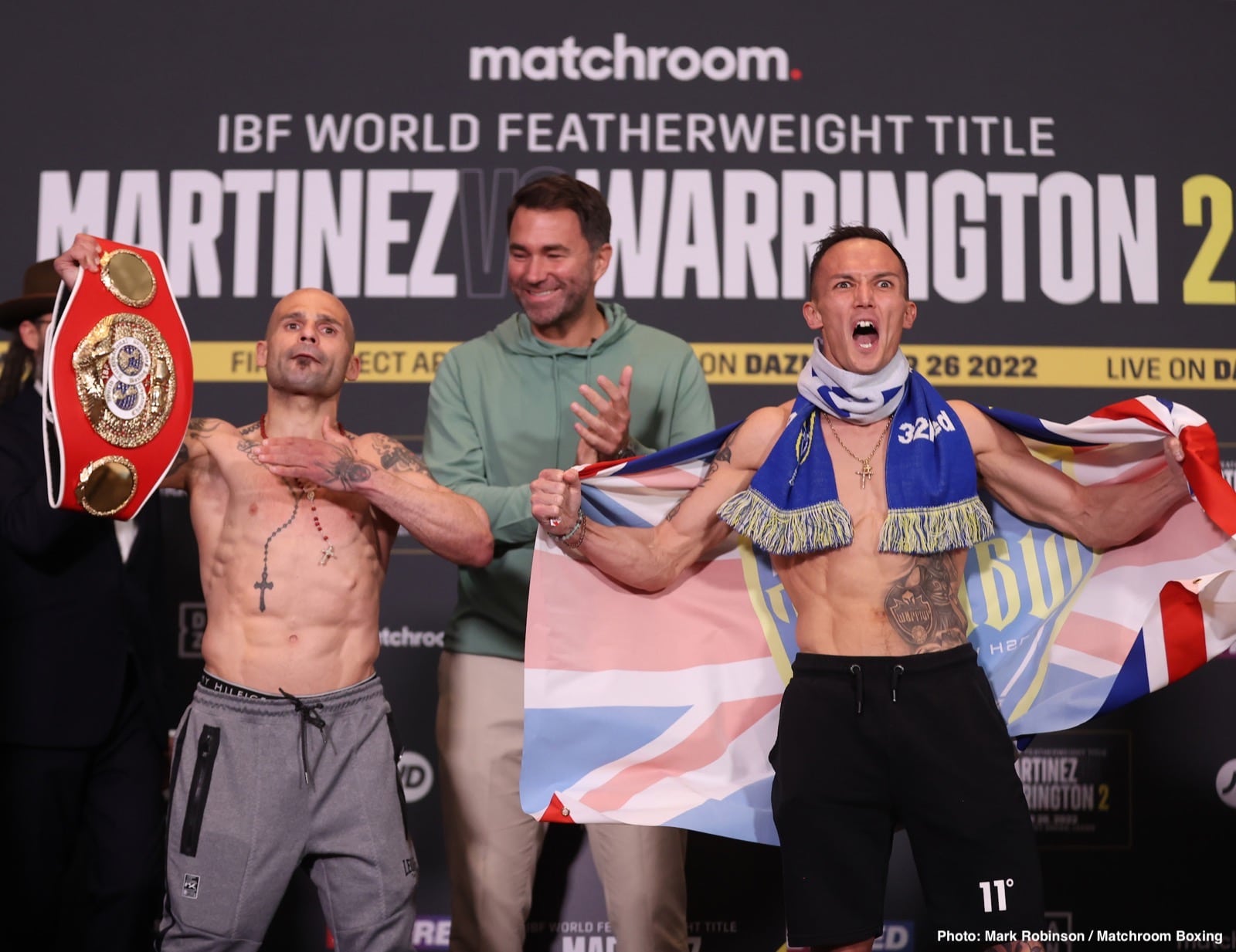 Ricky Hatton is predicting a victory for former 126-lb champion Josh Warrington in his title challenge tonight against IBF featherweight champion Kiko Martinez (43-10-2, 30 KOs) in their rematch at the First Direct Arena in Leeds, England. The card will be shown live on DAZN beginning at 3:00 p.m. ET.

It’s not surprising that Hatton is backing his fellow countryman Warrington to win tonight, as it would be a shock if he didn’t pick the Leeds warrior to have his hand raised.

Based on their previous fight in 2017, you’d have to assume that Martinez, 36, will win tonight because he clearly got the better of Warrington despite losing a highly controversial decision in Josh’s backyard in Leeds.

Not surprisingly, Kiko is still bitter about that loss, feeling he was robbed by the judges on the night.

After two poor performances against Mauricio Lara in 2021, the belief many boxing fans have is that the 31-year-old former IBF champion Warrington (30-1-1, 7 KOs) is shot.

In Warrington’s two fights with the young 23-year-old fringe contender Lara, he was totally manhandled, pummeled at will by the stronger slugger.

Sadly, in their rematch last September, the contest ended after two rounds when Lara was badly cut. Many boxing fans believed that Warrington chose to get out of the by repeatedly ramming heads with Lara.

Whatever the case, Warrington is coming into tonight’s fight against IBF 126-lb champion Kiko Martinez under a black cloud, undeserving of a world title shot after the way he performed against Lara.

If anything, Lara should be the one challenging for a world title, not Warrington, but obviously, you can argue that this is a business-level fight tonight rather than one that is sporting.

“I am backing Josh to get the win and become a two-time champion. I fancy a late stoppage or a clear points win,” said Ricky Hatton to the Metro in predicting a victory for Warrington tonight over Martinez.

Assuming the judges don’t make a mess of the scoring tonight, Warrington winning the fight will lead to a unification fight between him and WBA featherweight champion Leigh Wood.

Matchroom Boxing promoter Eddie Hearn has already been talking up the idea of putting a fight between Warrington and Wood next if everything goes as planned tonight.

Again, hopefully, the judges don’t mess up the scoring and have a repeat of what took place the previous time Kiko traveled to Leeds to fight Warrington in 2017.

Warrington needs to avoid lowering his head and charging Martinez like a little Billy Goat as we saw in his rematch with Mauricio Lara last September. Warrington looked like he had no intention of winning.

It appeared that was looking to rough up Lara and make it a nasty type of contest to avoid getting knocked out as he’d been in their first fight in February 2021 in Leeds. Lara wiped the deck with Warrington, dropping him in the 4th and 9th round en route to a ninth-round TKO.

Warrington was completely over-matched by the 23-year-old Mexican warrior Lara, and it was like watching a replay of the George Foreman vs. Joe Frazier contest from 1973. Warrington never stood a chance against the powerful young dynamo Lara.

“We can’t take Kiko for granted and Josh has to concentrate on what’s in front of him,” said Hatton. “Kiko can’t go on forever. Sooner or later, the batteries will run out.

“It all depends on what Josh does, if he keeps that work rate high, he can make Kiko look his age.”

“Josh will be right up for this,” Hatton said. “This is when you find out what sort of champion you are, coming back from defeat and going for it the second time around. Kiko Martinez is a world champion, let’s not forget that,” said Hatton. 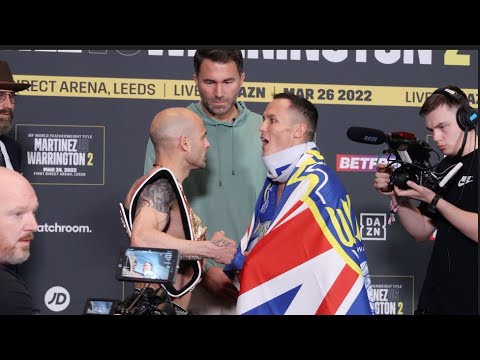