The George Foreman who showed up in Caracas, Venezuela to fight Ken Norton in the second defence of his world heavyweight title, was one bad dude. The Texan monster was one seriously mean and intimidating individual – a mean individual who could punch like hell, who had underrated skills (see Foreman’s seemingly effortless manner of cutting the ring off, not only on Norton, but on Joe Frazier, in sparring; heck, even against Ali). “Big George” was, however, nursing a bad leg.

Watching the utter destruction job Foreman set to work with in dismantling a peak Norton, you would never have guessed Foreman had any problems before climbing the ring steps. Foreman was awesome on this night: clever, cunning, accurate, immensely strong, and he was packing frightening power in both hands. Good as he was, Norton was felled well inside six-minutes. 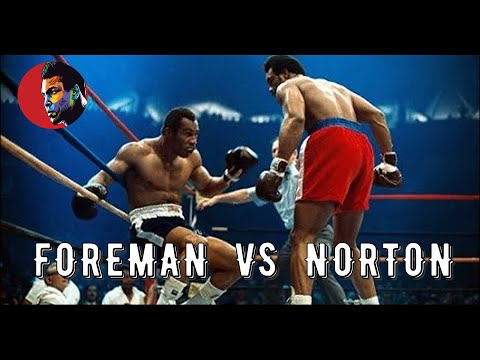 Foreman really and truly did look to be invincible. Ali, who sat/stood at ringside (having got it wrong for once in picking Norton to get the win) seemed to be facing an horrific time of things, set as he was to attempt to regain the crown at Foreman’s expense; this in the middle of Africa later that year. But Ali shocked the world, he beat Foreman – heck, he KO’d Foreman! This, nobody had been brave enough to have predicted going in (even Ali was hesitant to predict a knockout, preferring to call a points win, or maybe a stoppage victory on cuts).

But Ali was special, as in super-special. What he did against Foreman – laying on the ropes, taking super-human punishment, using every inch of his guile, guts and, well, greatness – no other fighting man would have even dared try, much less have been capable of.

Which brings us to today’s heavyweight elite. Do you think guys like Tyson Fury, Anthony Joshua, Deontay Wilder – even the best of the current crop, Oleksandr Usyk – would have been able to beat the March, 1974 version of “Big” George Foreman? I do not, but I’m open to arguments as to just how today’s best would have accomplished the feat.

Usyk, as clever and as skilled as he is, might have had the best shot at giving Foreman – a 224 pound Foreman – trouble. But beat him? No. As for Fury, yeah, we’ve heard the argument about how he would be “too big,” and “too big and too mobile” for the heavyweights of yesteryear. And, sure, Fury is big at around 270 pounds and approx 6’8,” and he is mobile for a man of his dimensions. But would Fury be fast enough, powerful enough and strong enough (mentally and physically) to defeat a prime killer in Foreman?

Fury is faster than he should be for his size, but he is not fast compared to other heavyweights, nor does he punch anything like Foreman did (no way would Fury be able to push Foreman back and dictate matters the way he did with the skinny-legged Deontay Wilder). Foreman was an immovable object with crushing power. He would have beaten any heavyweight from today.

You know it as well as I do.

Usyk might have given Foreman a test, as might Fury. But Joshua and Wilder – would they have lasted as much as three rounds with Foreman? I don’t think so. But again, I’m open to arguments the other way.