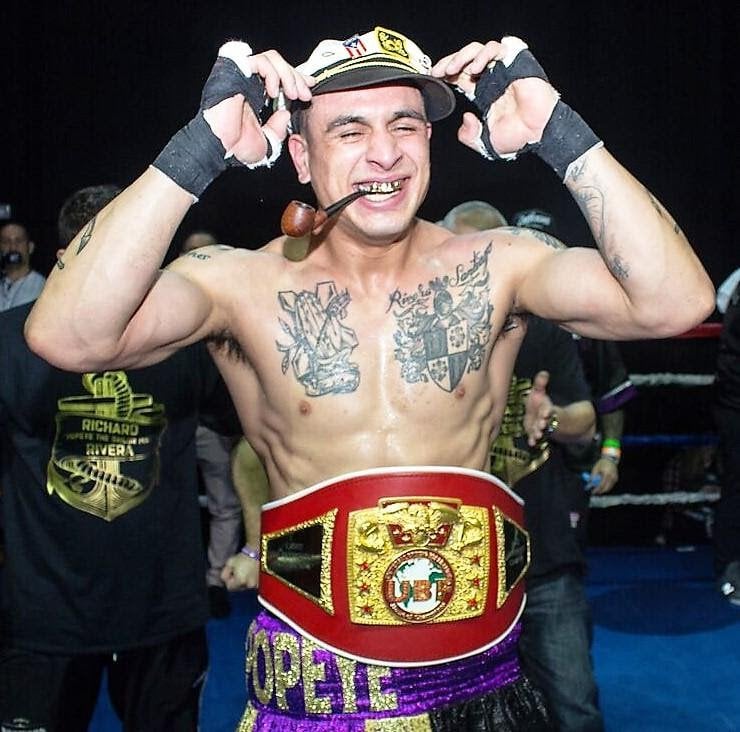 Rivera partnered with his longtime trainer and manager, Tony Blanco and Hartford Boxing Center gym co-owner, Michael Tran to form Hartford Boxing Promotions, a couple of months ago. Together the trio will showcase their first boxing fight in front of what is expected to be a packed venue with plenty of pro-Rivera fans.

“I am extremely excited about forming our promotional company because it will give me more control over my career and something to fall back on when it is over,” said Rivera. “It will also help me to continue to grow my fan base, but more importantly, it will give me an opportunity to make a more positive impact in my community and help local businesses.”

Despite this being the fifth time that Rivera will headline a boxing event, it is the first time that he will do it in his native Hartford after fighting all over the New England area for the last year and half.

“It is great to be finally fighting in front of my hometown fans. They deserve to see me box in their own backyard after traveling hours on buses to see me in each of my last seven bouts,” said Rivera. “I am very blessed to have some of the most dedicated and passionate fans in the sport and I cannot wait to put on a great show for them this Saturday.”

“We also formed Hartford Boxing Promotions because we wanted to bring world-class boxing back to Hartford, which has not happen for a very long time,” said Rivera. “Hartford is a real hotbed for talent with a lot of up and coming boxers and eventually we want to sign these fighters and put Hartford back on the map as a boxing powerhouse.”

The extremely popular and talented Rivera will undoubtedly do his part to get Hartford excitement about boxing this weekend as he faces his best opponent thus far in his young professional career. The hard-throwing, tough Mexican fighter, Solorio has won four of his last six fights, while two of his three losses were to undefeated fighters.

“Solorio is a big, durable boxer with a decent record and he has boxed a lot of good opponents,” said Rivera. “This is going to be a great fight while it last.”
This eight-round main event will be for the vacant light heavyweight ABF Continental Americans title. Rivera will also make his first title defense of his UBF New England belt that he obtained via a brutal third-round knockout victory over Kevin Cobbs, earlier this year.

“Fighting for another regional title is a good stepping-stone for me. It means that I am moving in the right direction towards bigger and better things like potentially fighting for a world title in a couple of years,” said Rivera.

“Fight Night at the Capital” will feature eight boxers from Connecticut on the undercard, four of whom hail from Hartford.

“We have a great fight card lineup for boxing fans to watch and one that they will certainly get their monies worth,” said Rivera. “This Saturday, fans will also get to see two-time New England Golden Gloves Champion, Sharad Collier, who hails from Hartford, in addition to undefeated Omar Bordoy Jr from Danbury, Connecticut, among other good fighters.”

The extremely hardworking, smart, and disciplined-oriented twenty-seven-year-old orthodox fighter has scored four consecutive knockout victories, which raised his impressive knockout percentage to eighty-six. In his last outing in April, he knocked down his opponent, Randy Campbell so hard to the canvas that he broke his ankle in several places and had to be lifted out of the ring on a stretcher, just thirty seconds into the fight.

“Popeye The Sailor Man” is a perfect nickname for Rivera since he closely resembles the iconic comic strip character with his anchor tattoo, massive forearms, and superhuman like strengthen in the ring. He even successfully incorporates his Popeye persona by wearing a sailor’s cap and dangling a corncob pipe from his mouth before and after fights and during interviews. His catchphrase is: “I am Popeye The Sailor Man. I am strong to the finish because I eat my spinach.”

Rivera has been an extremely active fighter, boxing every two to three months. This will be his third bout of year. He had five last year. He has looked better and sharper each time that he has been in the ring. Rivera would like to fight two or three more times before the end of the year, obtain another regional belt, and continue to climb up the light heavyweight divisional rankings.

“Boxing is my life and everything that I have accomplished in life, I owe it to boxing,” said Rivera. “The vast majority of fighters love to fight, but really hate to train, however, I love this sport so much that I also enjoy training camp just as much as I do fighting, so much so, that I train year around.”

As one of the best and without a doubt, the hardest hitting boxing prospects in New England, Rivera has the potential to one day fight for a world title. Despite only having seven professional bouts, he has a great deal more experience than the average boxer with a similar number of fights because he has gained invaluable boxing exposure by sparring with many great fighters and he has held his own with them. He has been in the ring with former world champions and title challengers, Demetrius Andrade, Chad Dawson, Jean Pascal, Peter Quillin, Cardona, and Scully, along with up-and-coming contenders, Joe Smith Jr., and undefeated Marcus Brown and Charles Foster.

“I like sparring because you can learn so much from fighting and working out with these great boxers,” said Rivera. “I am like a sponge because I try to absorb as much information as I can and pick up skills that I can incorporate into my training and fights that will make me a much better boxer and so far, it has paid off.”

Rivera, who started boxing before he could read or write, compiled a good (40-8) amateur record. Along the way, he defeated Elvis Fergus, who was the number one-ranked fighter in his division and Miguel Tatoe, who was the fourth best boxer in his weight class. He made it to the semifinals of the 2016 Olympic Trials. Rivera won the 2016 Rocky Marciano Tournament and the 2015 Hartford Boxing Tournament.