British cruiserweight contender Richard Riakporhe scored the biggest win of his career last night, as he crushed former WBC title challenger Olanrewaju Durodola in the fifth round of their fight at Wembley. 31 year old Riakporhe dropped 41 year old Durodola with a left to the head at the start of the fifth round, and though Durodola of Nigeria go up, Riakporhe’s follow-up barrage was enough for the third man to decide to halt what had been a one-sided fight.

So how far can Riakporhe go? Speaking after the fight with Sky Sports, the Londoner said he is “a monster,” and that he has been avoided by top fighters.

“I think that was a decent performance and I’m just hungry,” a victorious Riakporhe said. “I just want to be a world champion, a unified world champion and I know I can do it. I’m a beast. Give me activity and I will show the world what I can do. I’m a monster. All these guys have been hiding from me but now I’m on the scene.”

Before last night’s fight and before his October win over Krzysztof Twardowski, Riakporhe had been out of action for some 20 months, but now that he’s back, as hungry as he clearly is, we can look forward to some interesting fights at 200 pounds. With last night’s win, Riakporhe becomes the mandatory for the WBC cruiserweight title. The champ is Ilunga Makabu, but we all know who he is going to fight next!

Superstar Canelo Alvarez may or may not beat Makabu, and he may or may not have just the one fight at cruiserweight. So in terms of getting a title shot, Riakporhe’s route is not clear, even though he is so highly ranked by the WBC. Canelo really did shake up the division when he announced his intentions of moving up to cruiserweight. Riakporhe, like the rest of us, will be watching the Canelo-Makabu fight with enormous interest.

As for Durodola, he should perhaps be looking at calling it a day. The 41 year old known as “God’s Power” has had a good career and he has fought some big names, but it seems very unlikely he will ever realise his dream of becoming a world champion. 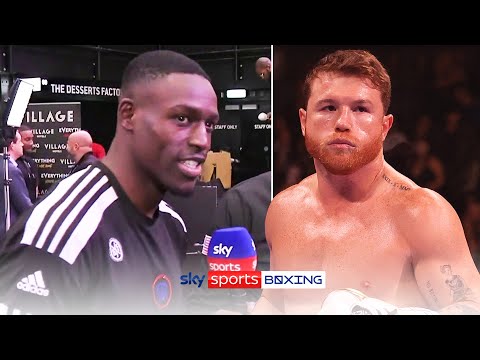