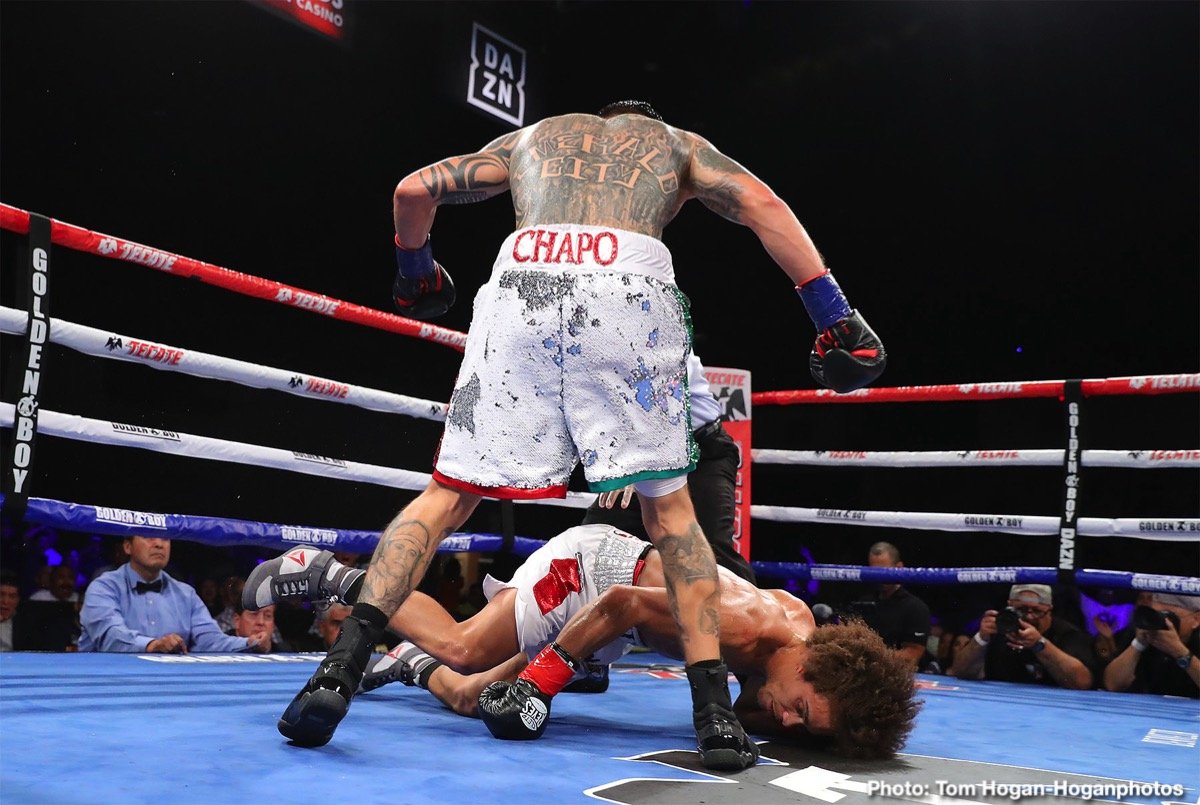 “It was a very tough fight,” said Luis Feliciano. “I knew he was going to come ready. A lot of people were criticizing him because of his problems in the past. But I knew he would come 100%, and he did. I’m taking these tough fights like these because I want to go from prospect to contender status.”

Gamez was unavailable for comment as he was taken to the hospital right after the fight.

In the co-main event, undefeated prospect Blair “The Flair” Cobbs (12-0-1, 8KOs) of Las Vegas, Nevada successfully defended his Junior NABF Welterweight Title against Steve “Manos de Oro” Villalobos (11-1-1, 9 KOs) of Indio, Calif. via knockout in the ninth round of a fight originally scheduled for 10 rounds. Cobbs won with a time 1:20 of the aforementioned round.

“Every round I had to learn,” said Blair Cobbs. “I had to grow with him. I could’ve just ran threw him with a bunch of punches, but he would’ve been resilient and try to survive the storm. This time I tried to place my shots, break him down little by little. Towards the end we got the final big show and boom it’s on baby! All the Villalobos fans you guys are terrific. Villalobos is a tough competitor, he came and brought his ‘A’ game and I highly respect him.”

“I grade my performance a C+,” said Richard Acevedo. “My opponent was a tough guy. He came in with experience. He has 12 fights. And this was his 13th fight. This was my first time going past the fourth round, so it was a whole new experience for me, and also coming in with new trainers. It was a close fight but I still think I won. It is what it is, just go back to the gym and work harder. I want to thank the Lord. I want to thank my team and my family.”

“I felt like it was a good performance,” said Jose Rivera. “He was a good tough opponent. A little less experienced than me. I felt like he had OK power. I don’t know if it was the heat from Indio, 115 degrees. I don’t know if that was holding me back, but no excuses. Thanks to Golden Boy for the opportunity.”

Raul “Cougar” Curiel (7-0, 5 KOs) of Tamaulipas, Mexico beat Alphonso Black (8-7-1, 4 KOs) of Saint Peterson, Florida via knockout in a six-round middleweight bout. Curiel won with a time 0:50 of the sixth round.

“I felt good tonight, very strong,” said Raul Curiel. “My opponent took a lot of my punches but we did good work with Freddie Roach in the gym. My opponent was strong. He had a heavy hand. It’s my first fight at 154 pounds, but I knew how to handle his punches. Let’s see what Golden Boy, my promoter Oscar De La Hoya has to say. We’ll see what’s next for us. We’re going to keep working hard in the gym and we expect another fight soon.”

Nicholas “Slick Nick” Sullivan (1-0) of Norfolk, Virginia defeated Jose Palacios (1-4, 1 KO) of Chihuahua, Mexico via unanimous decision in a four-round lightweight fight. Sullivan won with two scores of 40-36, and one of 39-37.

“For my first fight It felt good to just get it out the way,” said Nicholas Sullivan. “It was a lot of anxiousness and nervousness. I wasn’t scared of anything I was just nervous of the big stage, new lights. Glad I got it out the way. It’s only up from here. It’s going to get a lot better now.”

Feliciano vs. Gamez was a 10-round super lightweight fight for the NABF Super Lightweight Title presented by Golden Boy. The event was sponsored by Tecate “THE OFFICIAL BEER OF BOXING.” The fight took place Thursday, August 22, 2019 at Fantasy Springs Resort Casino in Indio, Calif. The event was streamed live on RingTV.com and on Facebook Watch via the Golden Boy Fight Night Page beginning. The series is also available on regional sports networks around the nation. 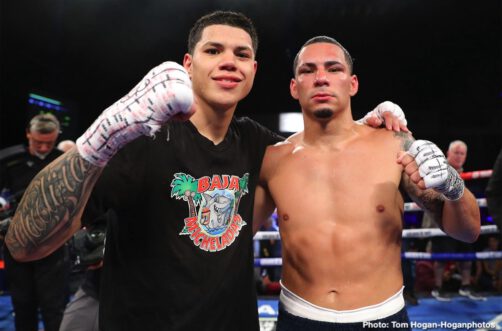 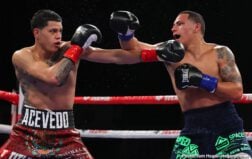 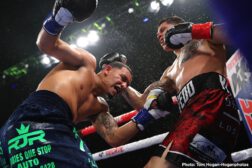 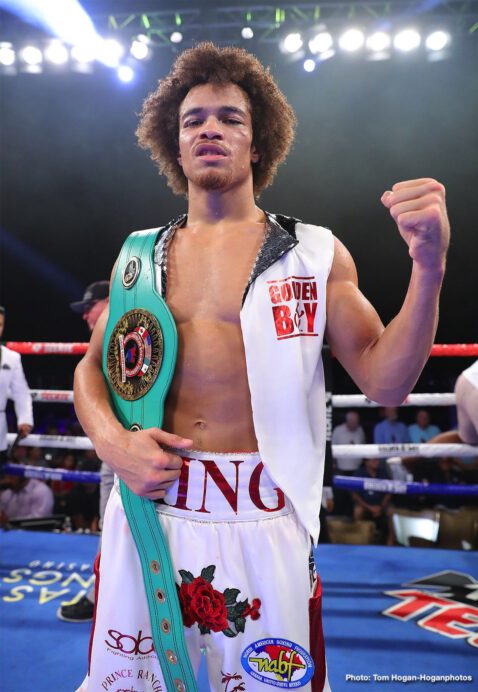 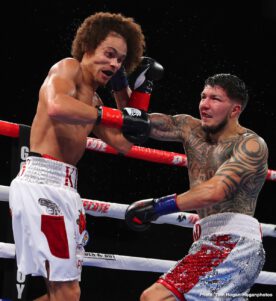 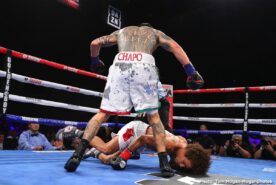 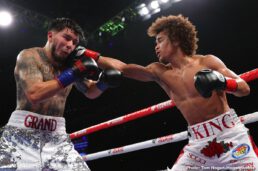 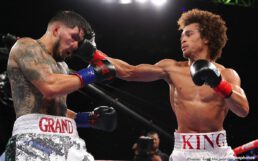 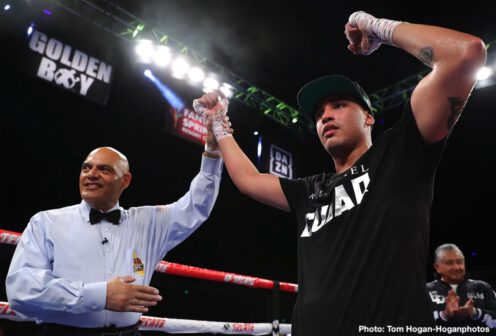 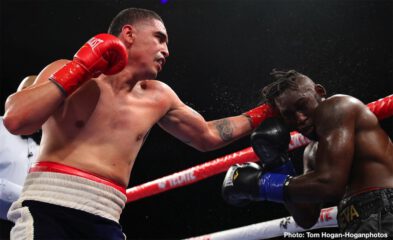 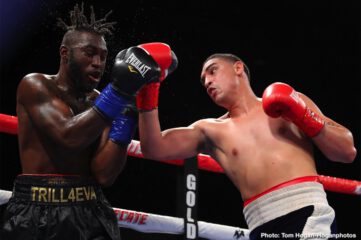 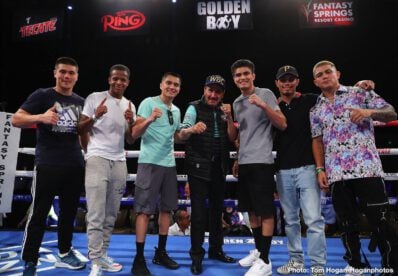 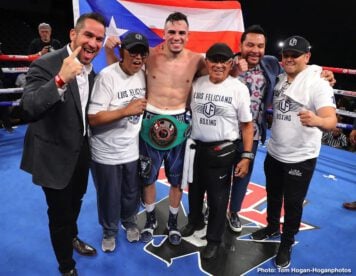 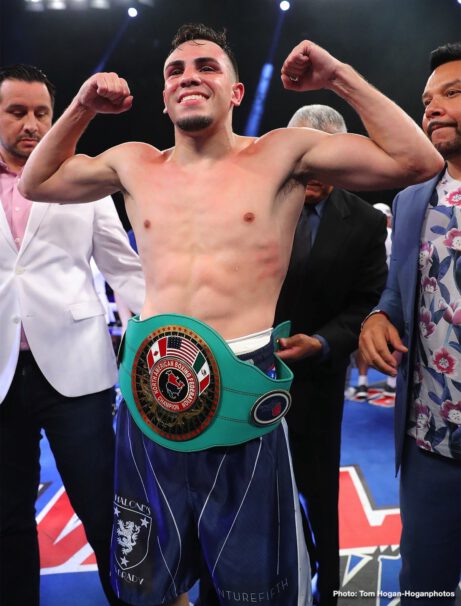 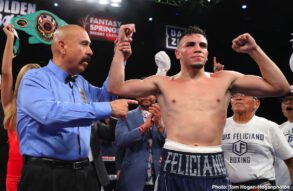 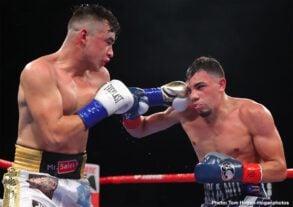 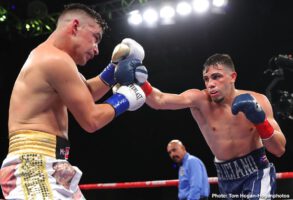 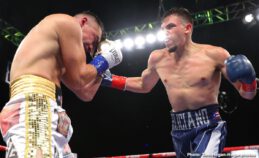 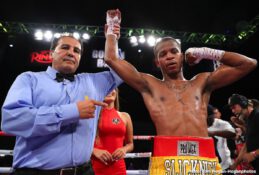 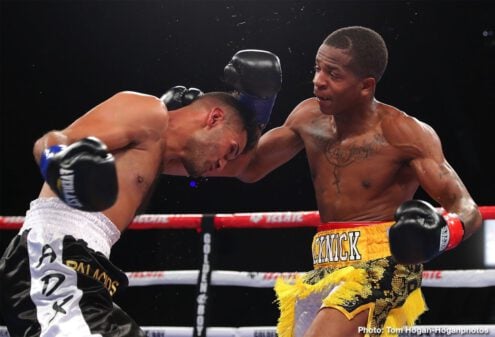