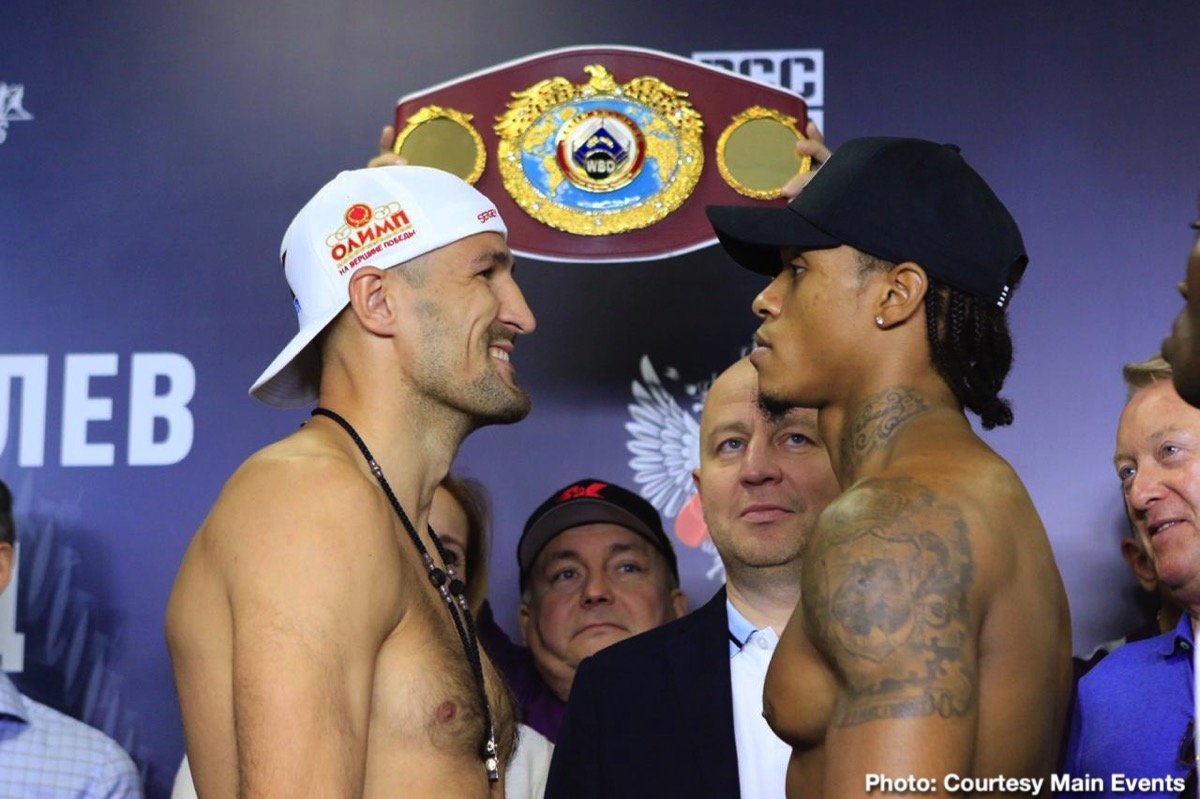 On Saturday afternoon US time, Sergey Kovalev meets his WBO light heavyweight mandatory Anthony Yarde. This bout will take place in Kovalev’s backyard of Russia and broadcasted by ESPN+. Who will be victorious in this battle of youth versus experience? The title could be used for either guy with Kovalev getting up there in age and Yarde’s inexperience could be his downfall.

The last few years of Sergey Kovalev’s career have been turbulent in and outside of the ring. From losing to Andre Ward and Eleider Alvarez in brutal fashion, to a string of recent lawsuits and alleged domestic abuse issues. It seemed as though the writing was on the wall for Kovalev back in February heading into a rematch with Alvarez. But to many folks surprise, Kovalev turned in a very impressive all-around performance keeping at least one foot out of the grave of retirement from the top level.

As previously mentioned Kovalev’s social media posts and potential abuse against woman have made him an easy target. Most recently Kovalev was kicked off a plane for a variety of unbecoming acts aimed at a woman, leaving the door open for distractions to once again play a part in Sergey’s training camp preparation to face an unbeaten fighter in Anthony Yarde.

Over-training and lack of communication with his trainer during camp was another negative item in recent times. Almost shockingly, Kovalev’s pairing with Buddy McGirt worked like a charm. In fact the fundamentals the Russian native shined in his last outing reminded us just how great Kovalev was and still can be as a fighter.

Coming into 2019, it really felt like Sergey was done for and it didn’t seem to be realistic that he would win so cleanly, if at all in the rematch. Having been stopped by Ward and especially Alvarez, not known for being a puncher, not just physically but mentally beaten. Before the second bout with Andre Ward, Kovalev had earned his ‘The Krusher’ nickname as an intimidating force with his mind and demeanor not to mention his power.

Prior to his victory over Eleider Alvarez in the rematch, Kovalev had what sounded like excuses rather than legit reasons why he was under-performing. And none of them were his fault always the trainer allowing him to over-train. Of course we all know a fighter can leave his peak in the gym. Bottom line is if Kovalev did indeed over-train and/or cut weight too fast, it should have been corrected for your most important fights of your life against Andre Ward.

All that said, and it was a bunch, Kovalev looked great last time out and now looks to keep that good vibe going against the undefeated but untested Anthony Yarde. Yarde’s record of 18-0 (17 Ko’s) and physical presence is a thing of beauty until the layers begin to peel off. Not only does Yarde have a hollow pro record he also had an abrupt amateur career. He’s clearly a raw specimen at this point making it difficult to see a path to a victory this Saturday in Russia.

Everything is stacked against Yarde in his first title shot against Sergey Kovalev. The location, the skill level gap is wide and to make matters worse, rumors continue to swirl that Canelo Alvarez is waiting in the wings. All this adversity adds up to one thing and one thing only Yarde must slay the dragon and score a knockout. Obviously he’s not going to get a decision unless he wins 8-9 clean rounds and this podcaster just doesn’t see that being possible.

Yarde’s best bet is to invest heavily in body punching to hurt Kov both to the lower body but possibly his mind state. If Yarde can bring flashbacks to his knockout losses he may be able to make Kovalev quite in some form if not blatantly.

Patience in round one or two will be needed by both men considering their power. Kovalev will be pumping his long and effective jab to establish range on Yarde. It won’t take all that long for Kov to get comfortable and begin to unload with power punches. As long as Kovalev sticks with his fundamentals he should be able to cleanly defeat Yarde by decision if not a KO. If Sergey decides to trade with Yarde he stands a fair chance of getting clipped. Look for a repeat from his high level domination of Alvarez, as he toys with Anthony by the midway point. It should be noted that Yarde is the betting underdog but he’s not quite as big as a dog as many think. Skill and experience in the pro and amateur ranks will be too much to overcome for Yarde.

My Official Prediction is Sergey Kovalev by late stoppage

Side Notes: Keep an eye on the undercard bouts along with the main event featuring the return of Brandon Figueroa for the PBC on FS1 Saturday. Also, DAZN has a card topped by a top ten pound for pound fighter Juan Francisco Estrada.