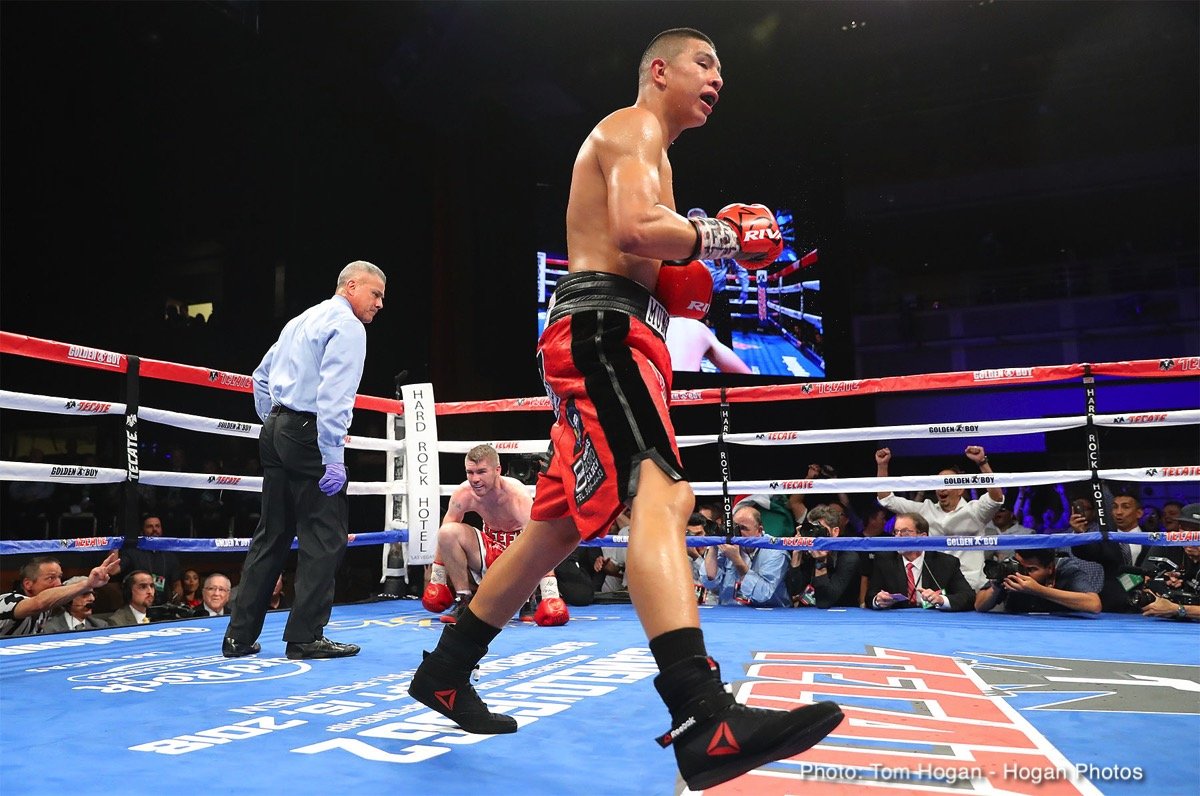 Jaime Munguia (30-0, 25 KOs) defended his WBO Junior Middleweight World Championship against former world champion Liam “Beefy” Smith (26-2-1, 14 KOs) via 12-round decision in the main event of HBO Boxing After Dark on Saturday, July 21 in front of 2470 fans at The Joint at the Hard Rock Hotel & Casino, Las Vegas. Munguia scored a knockdown with a counter left hook in the sixth round of a back-and-forth battle in which the native of Tijuana, Mexico eventually won with scores of 116-111, 119-110, and 119-108.

“I feel good. I’m happy. I think that the people liked it,” said Jaime Munguia. “I didn’t win by knockout like I always. This is the fifth decision win of my career. But I fought a good opponent who was strong. I came in very well prepared. There are no excuses and we will keep learning because this gave me a lot of experience. I’m only 21 years old and I will keep working in the gym. Liam Smith is a warrior. He is strong. There were times where I really landed punches, which really backed him up. He’s very strong and can take a punch, so I have no excuses. I was always looking for the knockout. I always looked for the fight, and I went in there like a true Mexican. I think going these 12 rounds will serve me as experience.” 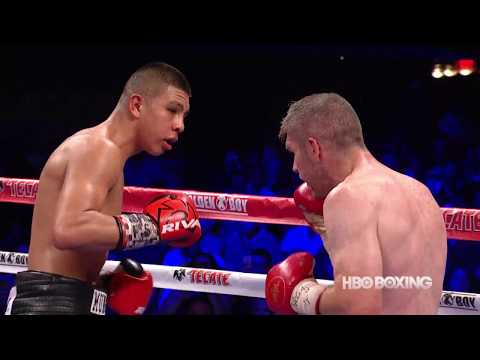 “I don’t think he’s a much better fighter than me,” said Liam Smith. “It was the body shots that hurt me. I wanted the title I lost two years ago. I want to stay more active than before. I’m usually known for my fitness, but was I winded in this fight. I felt my skill level made the difference in certain parts.”

“Though I couldn’t finish him, I’m happy I went all the rounds because it was an experience I hadn’t had before,” said Alberto Machado. “I hurt my left hand early, so that’s why I stopped throwing the left hand to the body. But I kept to the game plan that Freddie Roach had for me and used the jab and worked from a distance. I’d fight anyone. I have to talk with my promoter first, but I would like fight Francisco Vargas.” 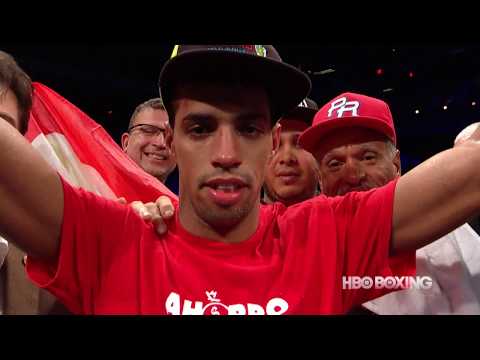 “I got hurt early with a shot,” said Rafael Mensah.”It took four or five rounds for me to come back. He’s a tall and lanky fighter and made it tough to come back.”

“We’re very happy for the victory,” said Yamaguchi Falcao.”My opponent was very tough. We appreciate the opportunity with Golden Boy Promotions. There were several stoppages by the official that we feel were not warranted because Espadas was ducking and coming with his head down. We look forward to the next opportunity. 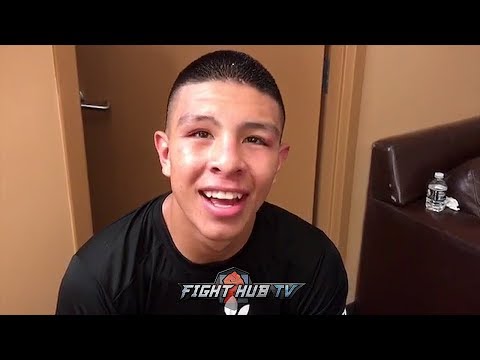 Puerto Rican prospect Carlos Caraballo (8-0, 8 KOs) passed his toughest test to date as he scored a fifth-round technical knockout win against Jesus Martinez (24-4, 12 KOs) of Monteria, Colombia in a super bantamweight battle originally slated for eight rounds. Caraballo fought a patient fight, wearing Martinez down until the fight was stopped by the referee at the end of the fifth round.

“From the first bell I knew that I could manage this fight,” said Carlos Caraballo. “I had him measured from the start. But I needed to fight intelligently because I knew he was a tough opponent. Right now I want to talk with my team to see what’s next, but I’ll be back soon.”

“I felt great,” said Blair Cobbs. “I’m ready to move up. I’m ready to start calling out names. I’m ready to move up the ladder and one day be a contender in the welterweight division. We’re just starting, but in the ring I said ‘now is the time.’ I had just fought earlier this month, but I said ‘the time is now,’ took a day of rest and came back.” 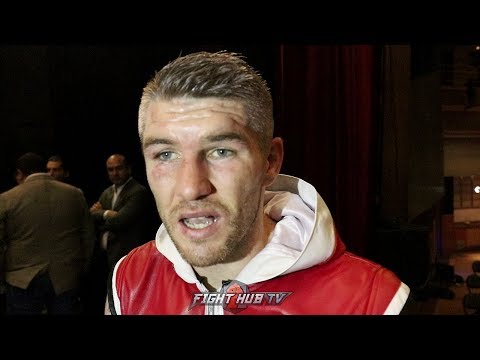 Munguia vs. Smith was a 12-round fight for the WBO Junior Middleweight World Championship presented by Golden Boy Promotions in association with Zanfer Promotions and Frank Warren. Machado vs. Mensah was a 12-round fight for the WBA Super Featherweight World Title presented by Golden Boy Promotions and Miguel Cotto Promotions in association with Don King Productions. The event was sponsored by Tecate, “THE OFFICIAL BEER OF BOXING” and Casa Mexico Tequila. The event took place on Saturday, July 21, 2018 at The Joint at the Hard Rock Hotel & Casino, Las Vegas.