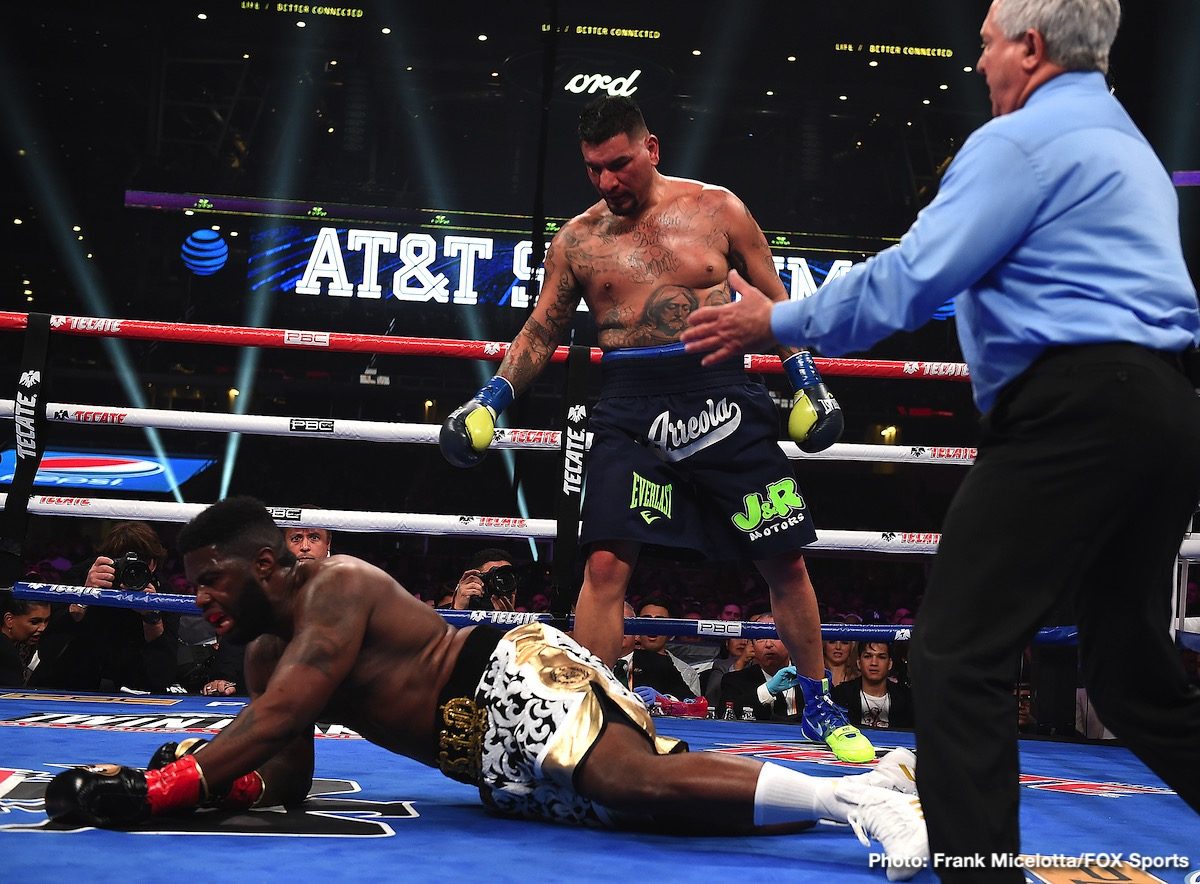 “Augustin is a hungry kid who tried to make a name off of me,” said Arreola. “I lose and I’m out, but I’m not going out. I touched him a couple of times and saw he was hurt. I stayed calm and the stoppage came.”

After blood started pouring from Arreola’s nose towards the end of round two, the Riverside, California-native got off to a quick start in round three, connecting with a straight left that stunned Augustin and nearly sent him to the canvas in the opening seconds.

As the round progressed, Augustin tried to hold and move to regain his composure, but was eventually caught with a flurry in the neutral corner that put him on the canvas. While he got up and was able to continue, another flurry in Augustin’s corner, including a big overhand left, eventually forced referee Neal Young to stop the fight 2:03 into round three.

“Every fighter feels like they can continue, but it is what it is, it’s out of my control,” said Augustin. “I was more stunned than hurt, but he jumped on me and finished.”

In the dominant final round Arreola landed 18 of 30 power punches, compared to just three punches landed in the round by Augustin.

“I love fighting,” said Arreola. “We’re both were trying to beat each other up and I love it. I’m blessed to be a fighter.” 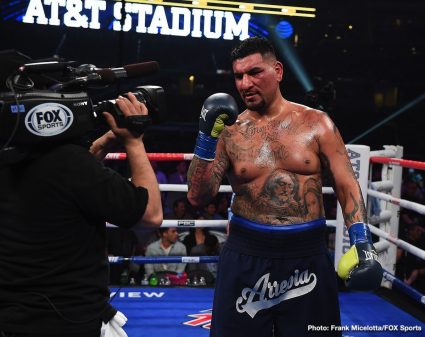 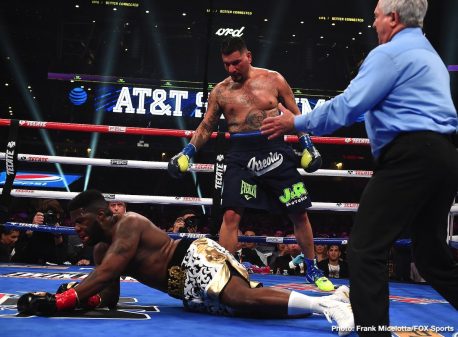 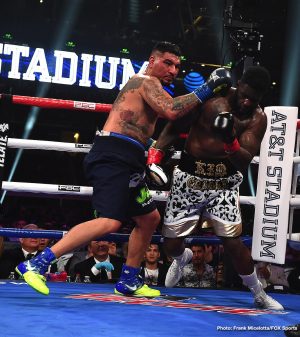 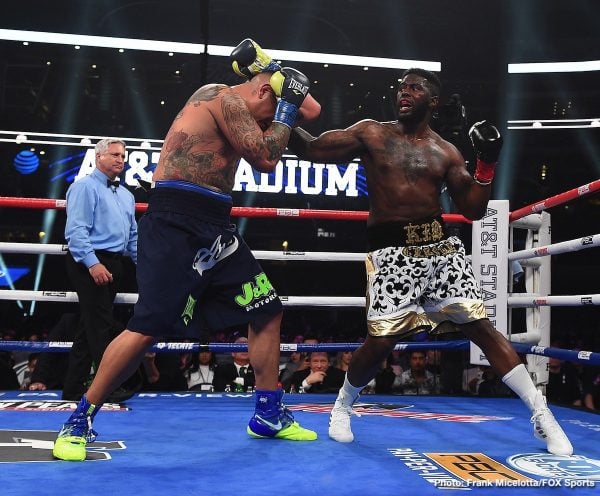 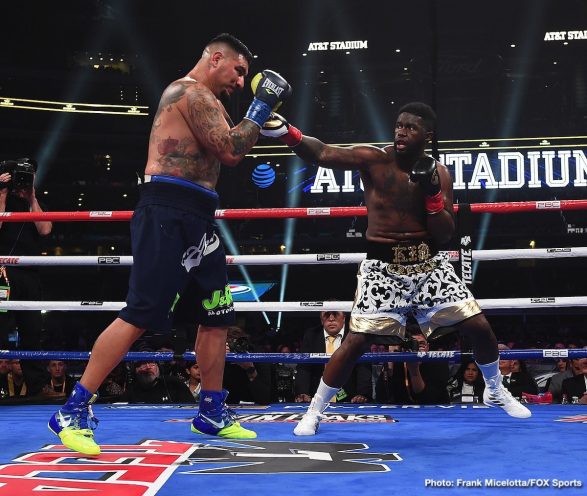 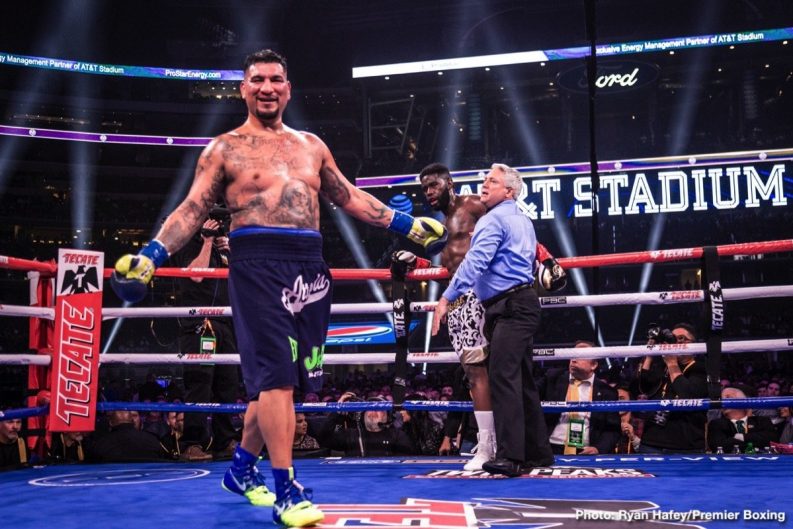 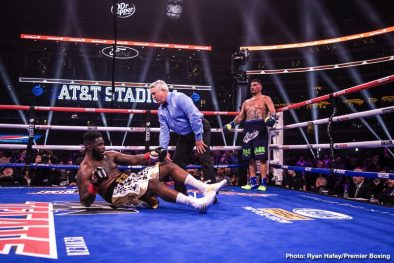 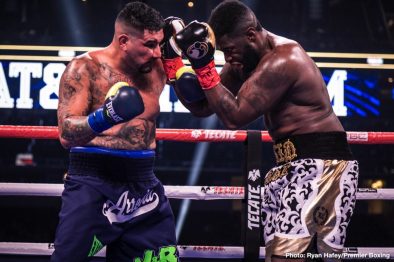 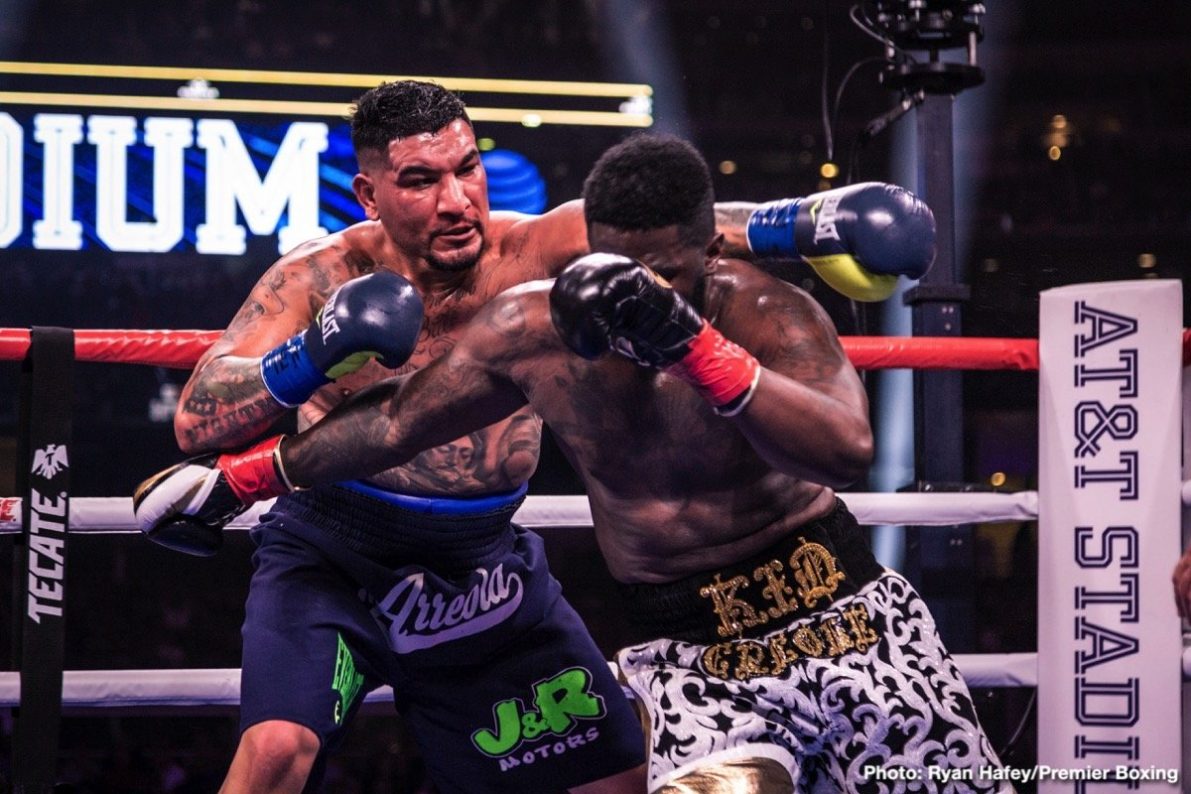 Preceding the pay-per-view, PBC Prelims on FS1 featured former heavyweight champion Charles Martin (26-2-1. 23 KOs) winning via disqualification against previously unbeaten Gregory Corbin (15-1, 9 KOs) in the eighth-round of their showdown. After deducting a point from Corbin in rounds four, five and six because of low blows, referee Mark Calo-oy stopped the bout in round eight after another low blow. The official time of the disqualification came 53 seconds into round eight.

“I don’t think he really wanted to fight, he wanted to hit me low and see how much he could get away with,” said Martin. “I could sense that he didn’t want to engage anymore.”

“It is what it is, I thought I was hitting him on the belt,” said Corbin. “We wanted to go to the body, I thought he was tired. I hurt him once, but the low blows did it for me.” 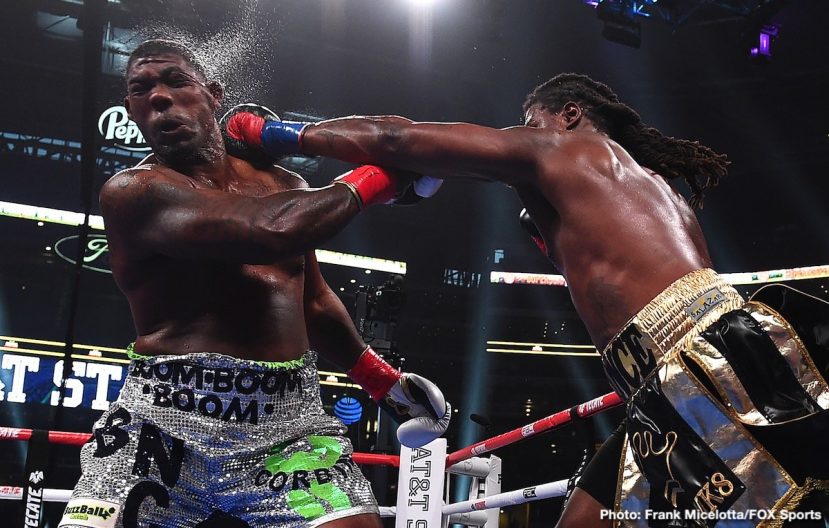 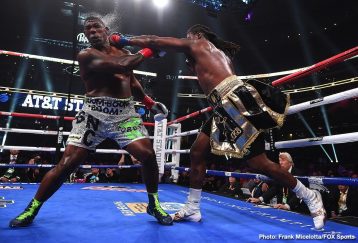 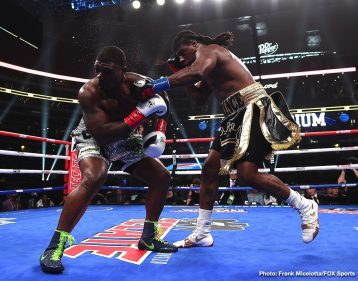 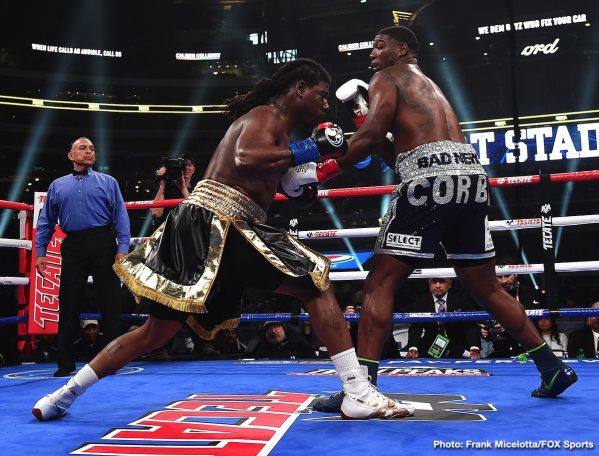 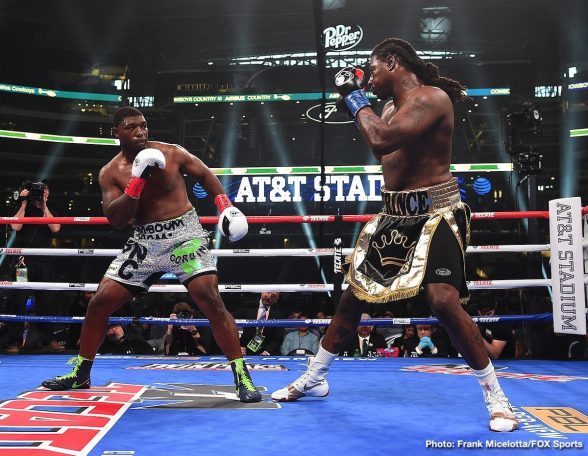