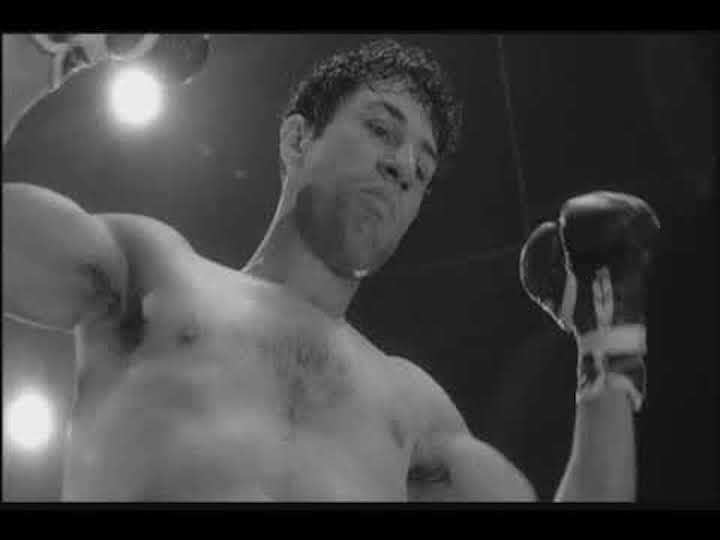 For many fans, of both cinema and of the sport of boxing, “Raging Bull” is the undisputed king when it comes to boxing movies. Released 40 years ago, directed by Martin Scorsese, starring Robert De Niro and telling the story of Jake LaMotta; one of the toughest, sometimes meanest sons of bitches to have ever graced the ring, the film scooped up a ton of awards and is to this today listed proudly by many a fight fan as their favorite film devoted to The Sweet Science.

But there wasn’t much sweetness on display when LaMotta was in the ring, apart from when he was dueling with the brilliant Sugar Ray Robinson (how come no movie has ever been made on Sugar?). Scorsese and many critics do not really see the film as a boxing film per se. More of a study of the main subject’s psychology, his flaws, his demons and his sheer inability to cope. Of course the fight scenes are legendary, the make-up receiving critical acclaim, but for many it is the deep and dark look at the human condition that makes the work so special.

LaMotta sure led some life – in and out of the ring. Unimaginably strong (physically), tough and relentless, Jake fought the best. LaMotta also battled the mob, his own paranoia and during his career, weight problems. Much of LaMotta’s personal life is covered in depth in the film, whereas some of his most incredible fights get just a few minutes of screen time devoted to them. De Niro of course gives a great performance; his weight gain well documented. The actor is unrecognizable when playing the older, bloated, wannabe stand-up comedian former champion at the end of the story.

The supporting cast too is excellent – with Joe Pesci as Jake’s brother, Cathy Moriarty as LaMotta’s wife, and real life figures from the boxing world appearing; such as Eddie Mustafa Muhammad (as Billy Fox, against whom LaMotta took that infamous “dive”), Coley Wallace (as Joe Louis) and Don Dunphy and Jimmy Lennon Sr. basically playing themselves.

LaMotta’s story is not an easy one to stomach, yet the film remains a cherished piece of work. For some, “Rocky” is the best boxing film. For others still, it’s “Fat City.” Or maybe “On The Waterfront.” But for millions of fans of both arts, “Raging Bull” stands alone.

And for these people, the film is still on top, still the champ, 40 years on. LaMotta of course left us, at the age of 95, in September of 2017. But “The Bronx Bull” will live forever courtesy of Scorsese’s film.