For a while it looked as though Jake LaMotta might live to be 100 years old. The unimaginably tough New Yorker who really and truly was a freak of nature, capable as he and his scarily durable chin was of soaking up almost unimaginable amounts of punishment, only for Jake to show zero ill effects as a result, made it to 95, before passing away from pneumonia, this in 2017.

It was 100 years ago today when Giacobbe “Jake” LaMotta was born on the Lower East Side of New York City. Born to Italian parents, LaMotta was forced by his father to fight other boys from the neighbourhood, with LaMotta Snr. using the small change that was thrown in in appreciation for the entertainment to help pay the rent during those hard times. Later, Lamotta learned to box while in reform school, having been sent there for attempted robbery. 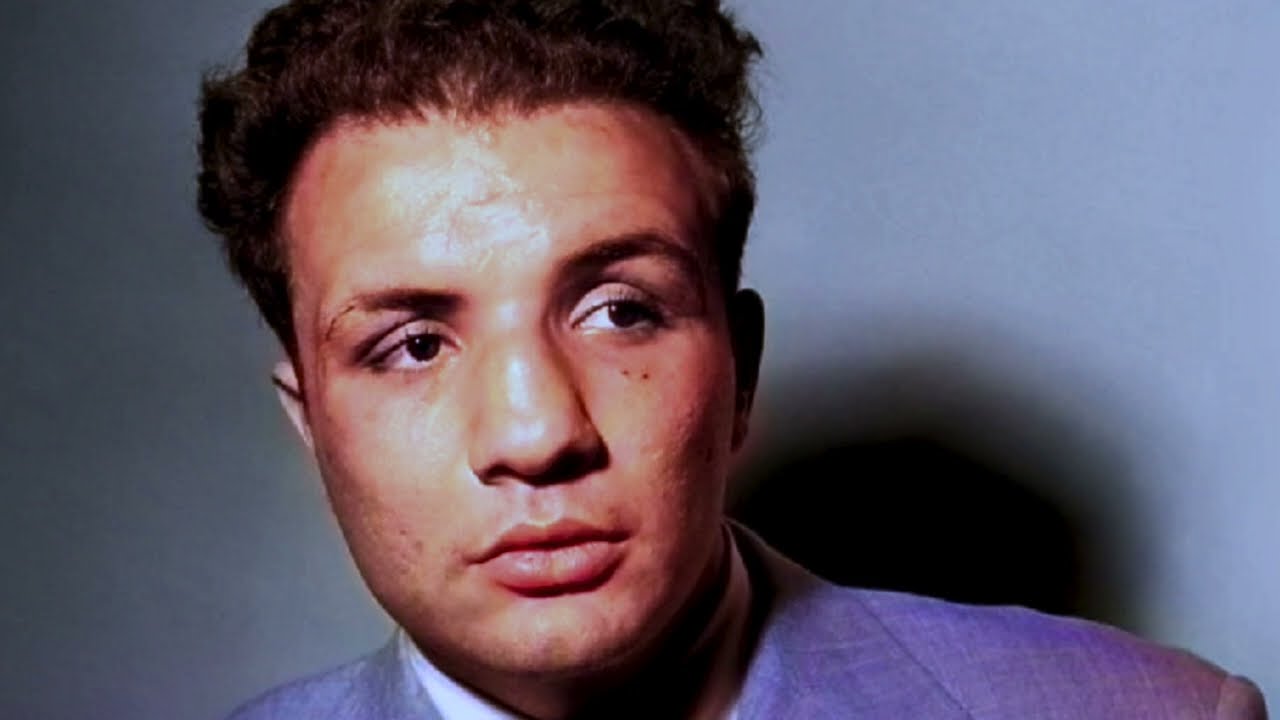 LaMotta reportedly went undefeated in his amateur career, before going pro in 1941, this at age 19. Known as “The Bronx Bull,” it wasn’t long before LaMotta carved out a reputation as an immensely strong, tough and powerful middleweight. Yet it would be a long time before Jake got a title shot. In well-documented fashion, a 64-11-3, 25 year old LaMotta agreed with the all-powerful Mob to throw a fight with Billy Fox. In return, Lamotta would get a shot at the world title.

Jake had been through so much by this juncture in his ring career: he had fought five fights/wars with the incomparable Sugar Ray Robinson, LaMotta had beaten fine fighters such as Fritzie Zivic, George “Sugar” Costner, Bert Lytell, Tommy Bell, Holman Williams, and Bob Satterfield. And, in the second of the five epic battles with Robinson, LaMotta had taken Sugar’s unbeaten record. But back then, a fighter HAD to do business with the Mob if they wanted a title shot, hence the arranged loss to Fox.

But after reluctantly doing the Mafia’s bidding, Jake would have to wait a year-and-a-half before he got his shot, with LaMotta fighting a further nine fights as he waited, one of these he lost, legitimately; to Laurent Dauthuille (who would fight Jake again, in a famous world title fight). Finally, in November of 1947, LaMotta took on and defeated the classy Marcel Cerdan for the world middleweight crown, Jake getting a corner retirement win as the Frenchman was forced to quit with a badly injured arm. A rematch was set, only for Cerdan to sadly perish in a plane crash as he was en-route to the US for the return fight.

LaMotta – after losing his next fight after winning the title, this a non-title match with Robert Villemain – went on to retain the crown twice. Lamotta pounded out a 15 round decision over Tiberio Mitri and then, in his rematch with Dauthuille, LaMotta scored one of the most legendary KO wins in boxing history. Trailing on all three scorecards, LaMotta suddenly and sensationally sprang into action and blasted Dauthuille into the ropes and knocked him down, getting the ultimate last-gasp KO win. There had been just :13 seconds of the fight left at the time of the stoppage.

Then LaMotta met arch-rival Sugar Ray for the sixth and final time. All five previous fights had been incredibly hard, competitive fights, with Sugar Ray winning fights one, three and four, and Jake winning fight-two. Each fight went the distance. Fight-six was different. Dubbed “The St. Valentine’s Day Massacre,” the February 14, 1951 fight is looked at today as one of the most gruelling, violent and punishing battles in ring history.

LaMotta, who had struggled (once again) to make weight, faded in the second half of the fight and Robinson poured it on. The 13th round saw LaMotta take a truly disturbing beating, yet never once did he go down (this later immortalised in the film ‘Raging Bull’ – “You never got me down, Ray.”)

But LaMotta’s title had gone, the one he had had to fight so hard to win. LaMotta moved up to light-heavyweight, where he had a further 10 fights. But in his December 1952 fight with Danny Nardico, LaMotta’s legendary chin let him down for the sole time in his career. LaMotta was floored in round seven and this had a powerful effect on Jake. LaMotta remained on his stool before the start of round eight. LaMotta had just three more fights, two wins and a close points loss.

LaMotta retired in 1954 and in retirement he eventually became a beloved figure. Having suffered personal problems, family problems and legal problems (Jake serving time for introducing an underage girl to men in his nightclub), LaMotta later tried his hand at acting and had some success. And then, the film that continues to introduce fans to LaMotta was released, this in 1980. ‘Raging Bull’ is for many the greatest boxing movie ever made.

LaMotta was, as the late Don Chargin put it, “some fighter.”

“Nobody was tougher than Jake LaMotta,” Tony DeMarco said.

100 years ago today he was born, and Jake LaMotta will always leave a fight fan in awe.