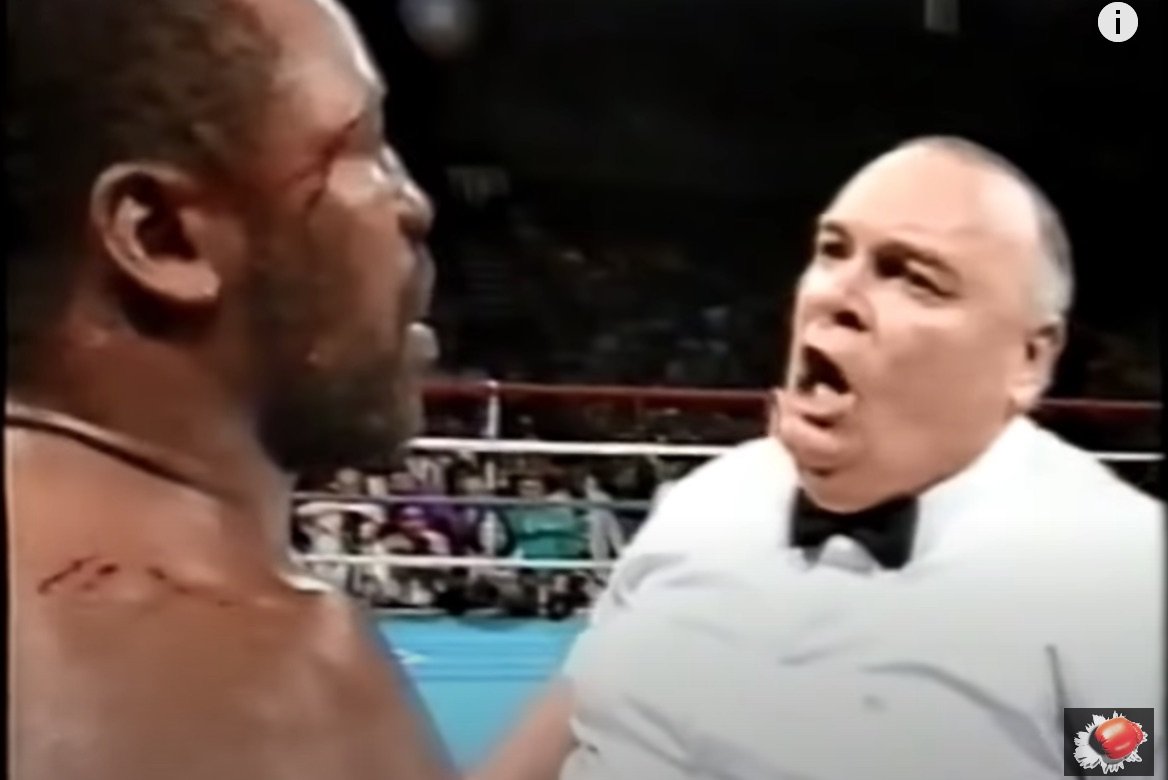 The WBO heavyweight title, always a second best belt at best; always frowned at compared to the longer established WBC, WBA and IBF titles (this at any weight, not just heavyweight), sure saw some great fights take place between two guys who were desperate to win it. Some classic fights that contested the WBO heavyweight strap include: Ray Mercer-Tommy Morrison, this fight providing one of the most brutal KO’s ever seen. Tommy Morrison-George Foreman, an all-time great beaten by a new star. Riddick Bowe-Herbie Hide, Bowe saying many times that, believe it or not, Hide hit him harder than any other man he ever faced.

But it was perhaps the heavyweight barn burner, slugfest, war, that took place 28 years ago today that is the most memorable battle that had the WBO belt (and no other belt) on the line. It was Michael Moorer against Bert Cooper, and fans got a modern day classic.

Fighting at the Trump Taj Mahal in Atlantic City, Moorer and Cooper met for the vacant WBO belt (the aforementioned Ray Mercer having dropped the belt shortly after nearly decapitating Tommy Morrison). Moorer, a southpaw who had ruled the world, WBO at least, as a light-heavyweight, was having his seventh fight up at heavyweight. Cooper, a one-time protege of the great Joe Frazier, had recently given world heavyweight king Evander Holyfield a real scare, dropping him and having the champ reeling in November of 1991.

“Smokin’” at the opening bell, Cooper gave “Double M” hell; scoring a knockdown just under one-minute into the opening round. It was going to be that kind of fight. Moorer, stunned but also determined, soon returned the favor, sending Cooper down with a flush bomb that exploded on Bert’s exposed chin as the overexcited co-challenger rushed in for the finish.

Round two saw some fierce trading of leather, if not of knockdowns. Moorer fought with his back to the ropes, eyeing the attacks of his experienced foe. It was heavy stuff and the crowd was loving it. Cooper scored another knockdown in the third, Moorer perhaps more hurt than he had been in the opening session. The fourth round saw the intensity continue, with Cooper now looking busted up around the face.

Moorer, less tired than Cooper, then sensationally closed the show in the fifth. A tidy piece of violent combination punching that was punctuated by a brutal uppercut to the jaw sent Cooper down, almost through the ropes. Cooper was all done, yet he showed real heart and instinct in trying to get up and fight on. The referee had no choice but to stop the action.

Moorer was a two-weight champ. Cooper would soon slide into journeyman mode. No two big men had ever turned in a more spirited and determined effort in attempting to get their hands on the WBO heavyweight title. Perhaps no two big men ever have since.