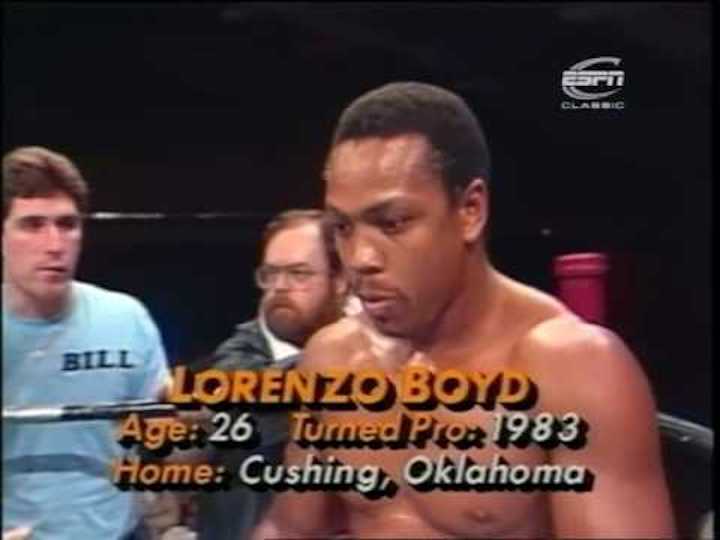 The Warrior Who Fought Tyson, Morrison, Biggs, Berbick Passes Away At Age 59

The name Lorenzo Boyd may not be overly familiar to the average boxing fan, but hardcore fight fans will certainly recognize the name. Boyd, a warrior who really did, as the saying goes, ‘fight ’em all,’ did just that over a pro career that spanned two decades. In sad news it has been reported how Boyd of Oklahoma passed away yesterday the young age of just 59.

Tributes are coming in from those fans who do remember Lorenzo, as well as from some fighters who knew him; including his former stablemate, James “Quick” Tillis.

Turning pro in July of 1983 and never much more than a cruiserweight, Boyd, trained by Beau Williford, won his first six fights before beinbg matched up tough and heavy. In his tenth pro outing, Boyd met an unbeaten Bert Cooper, who KO’d him in 1985. Boyd won some and lost others – also losing by stoppage to an unbeaten Mike Williams, an unbeaten Angelo Musone, and an undefeated Terry Anderson – before Boyd met a rampaging, 20 year old Mike Tyson.

Boyd was never given an easy time of things, often taking fights on very short notice. Yet occassionaly Boyd would spring the upset. In April of 1998, having lost six of his previous nine, Boyd, by now aged 38, won a decision over Olian Alexander, thus avenging the earlier KO loss from eleven years ago (and also retiring the once highly ranked Alexander). Boyd managed another win after beating Alexander, stopping an unbeaten Josh Gutcher that May. But then Lorenzo was back coming up short against big names, with the likes of Michael Moorer, Rob Calloway and David Bostice beating him.

Boyd never won a title (only ever fighting for one belt: the USA Oklahoma State Heavyweight title, losing to Jerry “Wimpy” Halstead in 1987), he only managed a handful of good wins and he was stopped some 41 times. But where would the sport be without the Lorenzo Boyds of the world – brave, proud fighting men who never, ever ducked a single foe?

Our condolences go out to Lorenzo’s family and friends.

Conor McGregor: I Won Rounds And Hit Mayweather More Times Than Pacquiao Did When They Fought792 Total Shares