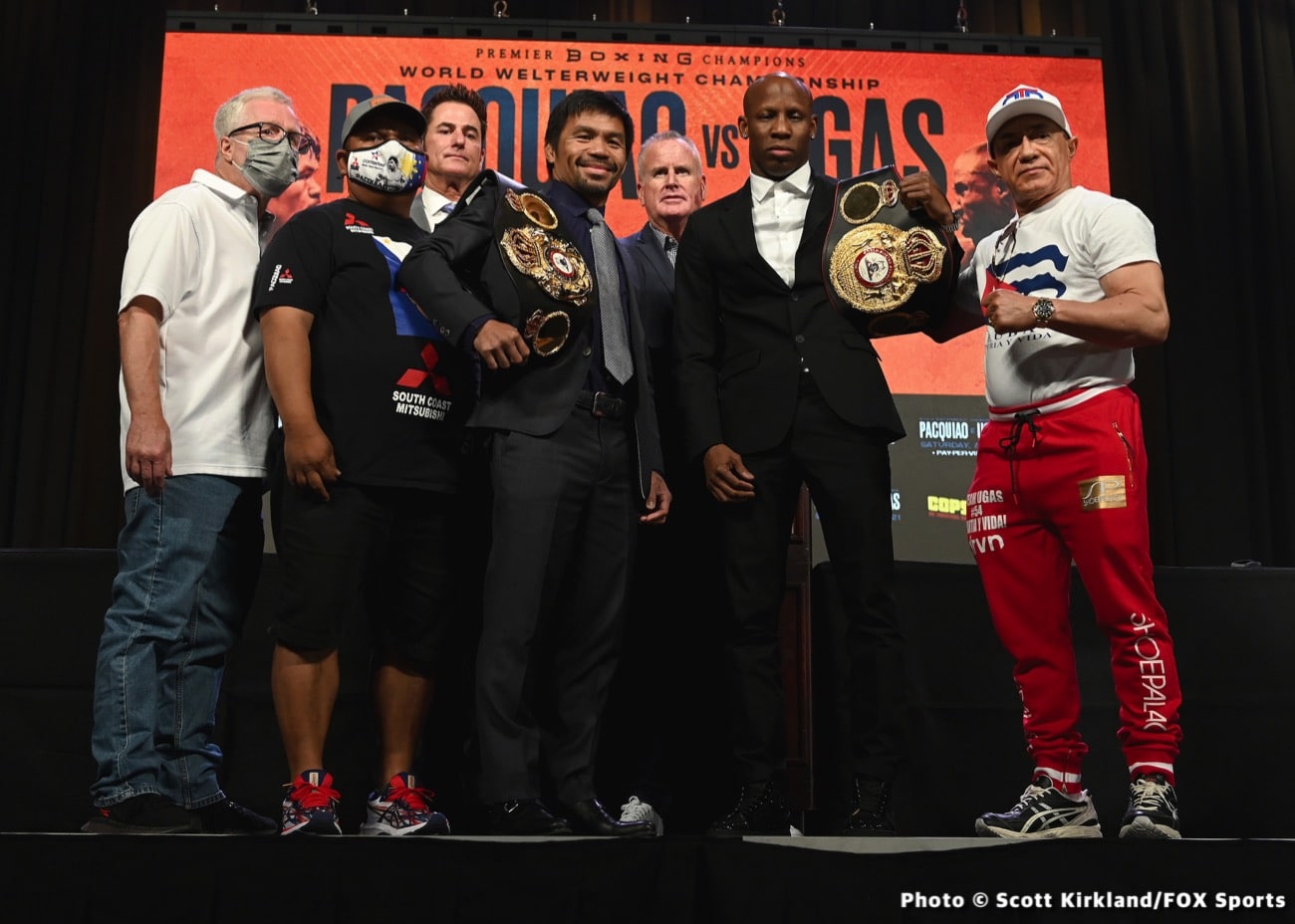 The pay-per-view begins at 9 p.m. ET/6 p.m. PT as Pacquiao, already a legend in the sport, can break his own record as the oldest fighter to win a welterweight championship, while Ugas looks to take advantage of the biggest opportunity of his career in his first world title defense.

Tickets for the live event, which TGB Promotions and MP Promotions promote, are on sale now and can be purchased through t-mobilearena.com and axs.com.

Here is what the fighters, along with their esteemed trainers, had to say Wednesday:

“I didn’t like that someone took my belt without challenging me in the ring. Both of us are champions, but we’ll see who has the belt after Saturday.

“I’m praying for a fast recovery from Errol Spence Jr. and that he can fight again soon. I, of course, felt bad when I first heard the news, but it’s a good thing that Ugas was ready to challenge me for the world title. I’m glad that we can settle that dispute about the WBA title. It’s always better to talk in the ring.

“It only took me two days to adjust to fighting Ugas. I have fought a lot of right-handed fighters before. It would have been harder switching from preparing for a right-hander to a southpaw. Most of my opponents have been right-handed, so there’s nothing to worry about. 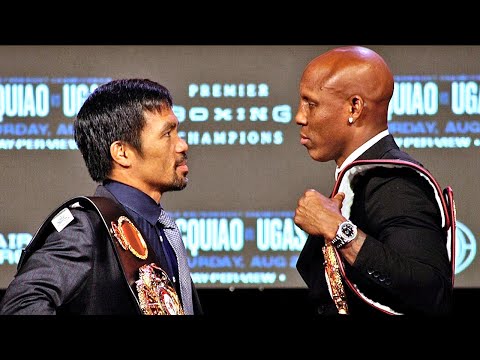 “I feel young right now. I’m just happy with what I’m doing because boxing is my passion. I enjoy training camp, and I’m excited to sacrifice and be disciplined every day to prepare for a fight like this.

“For the Keith Thurman fight, I would do about 25 rounds a day, and now for this fight, I’m doing 30 or more rounds a day. The coaches have had to try to stop me because I want to keep going.

“If there’s a chance for a knockout, then I’ll go for it because that’s what I want to give to the fans. I’m not underestimating Ugas, though. He has a lot of experience in boxing and fought in the Olympics. I know I have to be very good to win this fight.

“I never imagined what I would have accomplished in boxing from the beginning of my career leading up to now. I went from nothing to something in order to be an inspiration for people both inside and outside of the ring. This is going to be a good action fight, and I’m going to do my best Saturday night because I love to make the fans happy.”

“This has been a long road for me. Obviously, it is short notice that I learned I was fighting Pacquiao, but I’m thankful for the opportunity, and I’m ready to take advantage of it. 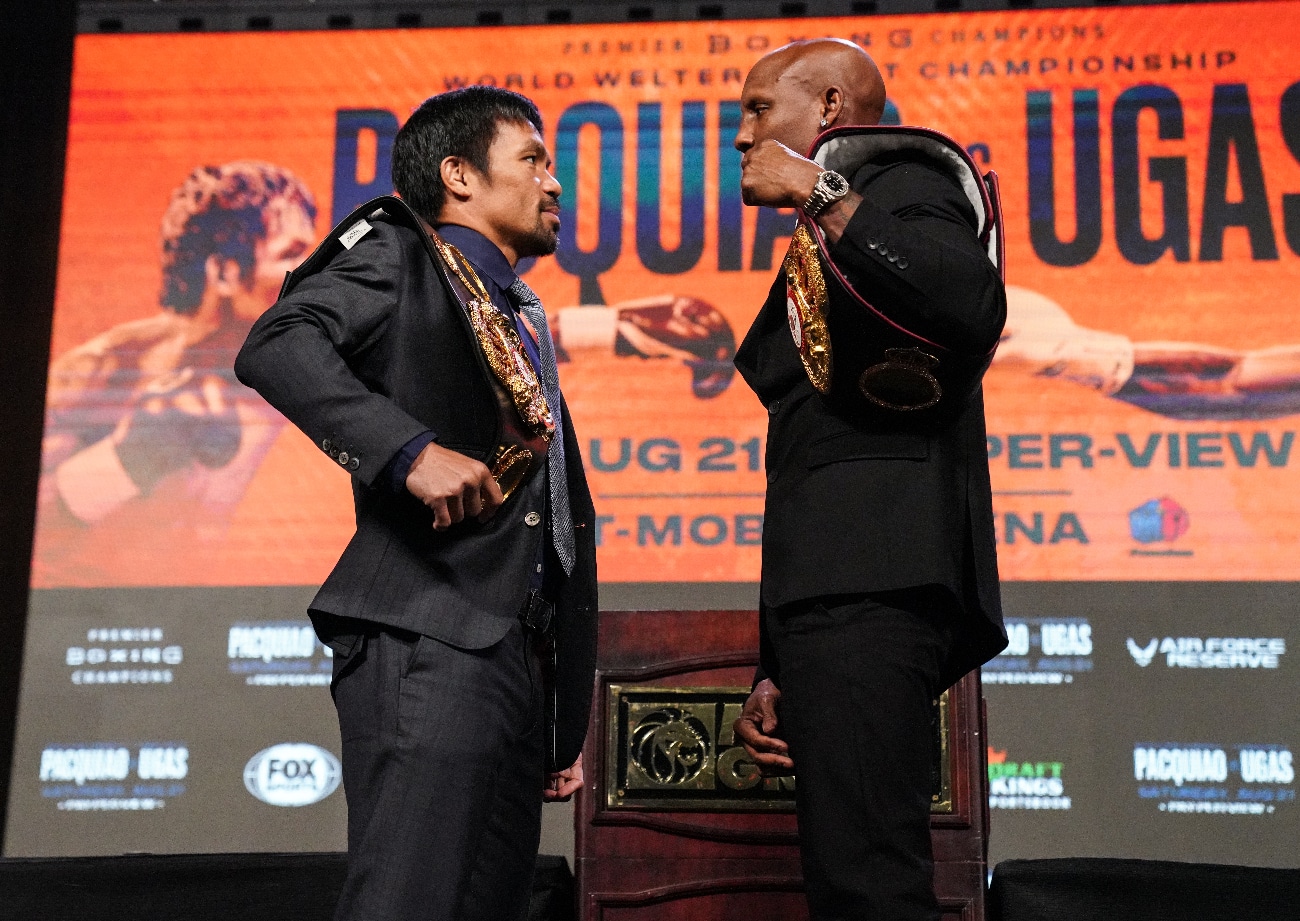 “We made the adjustments we had to in the last two weeks so that I’m ready for Pacquiao. We’ve done everything we had to, and we’re 100% ready to go Saturday night.

“There are no excuses heading into this fight. I’ve been in this position taking a short-notice fight before, although obviously never against a fighter the caliber of Pacquiao. I have no concerns, though, and I believe both of us are going to be prepared for this fight.

“I’m certain that he cannot knock me out. I’ve done all the preparation over these past six years to get in this position, I’ve hit my stride, and I just don’t believe I can be stopped by Manny.

“I have prepared for 12 hard rounds. If this is Pacquiao’s final fight, then he’s going to be up against a guy who brought his best and who is a world-class fighter.

“I want to thank my whole team for this great opportunity. More than anything, I am a fighter who represents my country of Cuba. This fight is dedicated to all the people who are fighting for freedom in Cuba; I’m fighting for all of them.

“Manny Pacquiao has been the best fighter I’ve ever trained. To win titles in eight divisions and be in fights here at MGM, so many times has been a dream come true. I’ve trained over 40 world champions throughout my career, but no one competes with Manny Pacquiao. 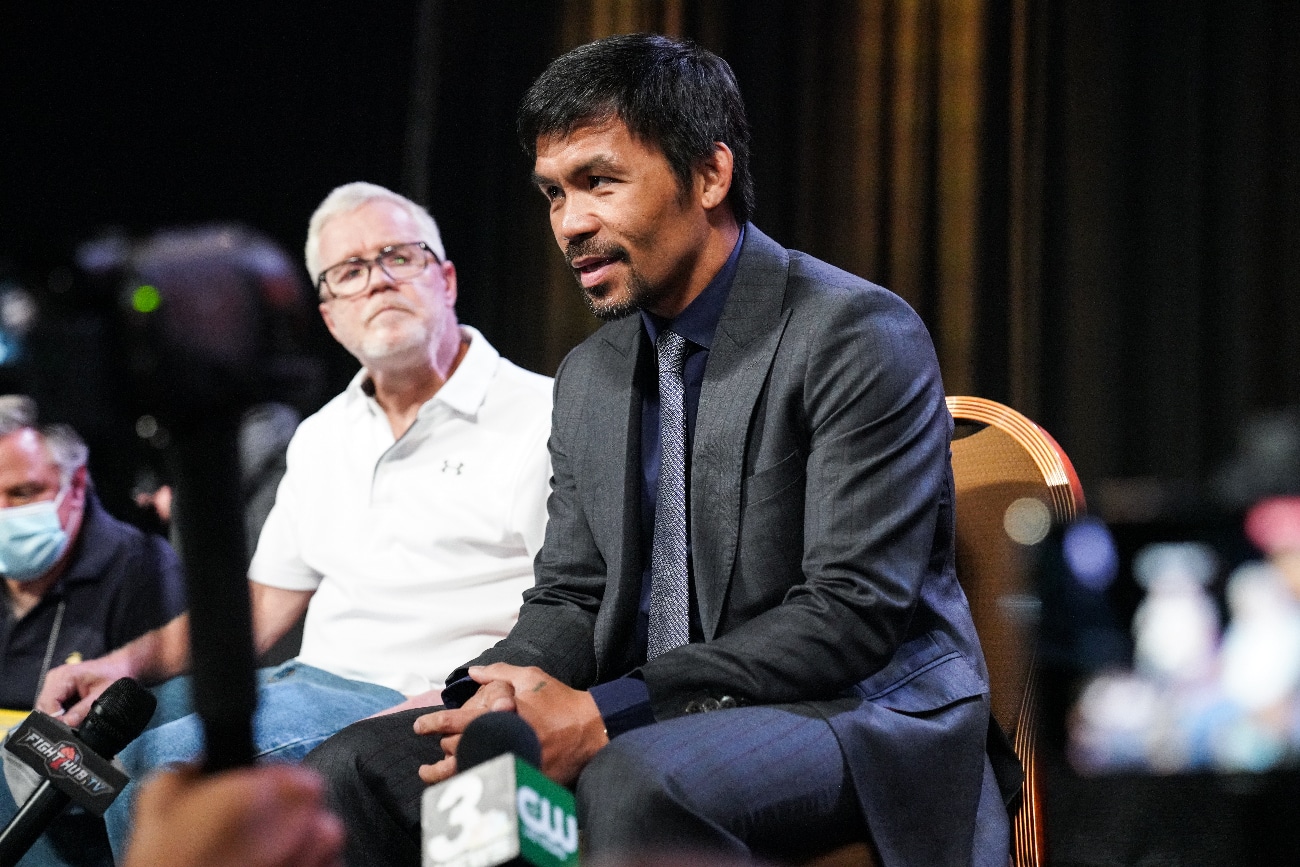 “We’ve had a good training camp, and Manny has worked really hard for this fight. Putting a sparring partner on the canvas was a motivation for all of us. We’re going to bring that into this fight.

“His work ethic today is as good as it was 20 years ago. He’s been unbelievable in training and sparring for this fight. I don’t know if it was a bigger confidence boost for me or Manny, but I’m expecting this fight to end in a knockout the way he’s been looking.”

“The experience that Ugas has from the Olympics and over 500 amateur bouts is going to be the most important thing for him in this fight. We’ve been on a roll for these last 12 fights since Ugas has started working with me. We’re going to keep it going on Saturday.

“To fight Manny Pacquiao is an honor. To me, he’s a legend and a person who is an inspiration for millions of fighters. But when you look back at his recent fights, he hasn’t delivered a knockout in a long time. He’s dropped guys, but it’s been a while since he’s knocked someone out.

“Ugas fights for his pride and for his love of the sport. For a long time, he has been struggling here in the United States. We are immigrants, and every immigrant has to adjust to the way of living. Despite all of the changes he has been through, he has had success. He needs to keep working for what he loves, which is boxing.

“Pacquiao comes from a lot of angles, but so does Ugas. Ugas has mastered fighting southpaws, so we’ll see who is going to be able to see their opponent’s punches coming.”