Timothy Bradley quipped that Edgar “The Chosen One” Berlanga should change his name to “The Phony One” in the aftermath of the latter’s underwhelming points victory against Steve Rolls (21-2). While Bradley’s denunciation of the 24-year-old Puerto Rican may be premature, Berlanga’s mystique as an unstoppable KO artist is in ruins.

Since turning professional in 2016, Berlanga has accrued an impressive record of 19-0, with his first sixteen victories coming by way first-round KO. However, his attempt to surpass Ali Raymi’s record for consecutive first-round knockouts was thwarted in April of 2021 when he was taken the distance by journeyman Desmond Nicholson (38-10-1). In October of that same year, Berlanga was again taken to the scorecards by Argentinian veteran Marcelo Esteban Coceras (30-2-1) on the Fury-Wilder III undercard. His March 19th, 2022, fight against fringe-contender Steve Rolls was, therefore, an opportunity to prove he was more than another boxing hype job. Unfortunately, doubts remain.

In an uneventful and at times tedious fight, few meaningful punchers were landed by either fighter. Berlanga enjoyed some success early on, managing to momentarily wobble Rolls. However, the crafty Canadian ring veteran recovered quickly, and by working off the backfoot and throwing sharp, double jabs, he handily stole the middle rounds from the flat-footed and lumbering prospect. For his part, Berlanga — weary of Rolls’ jabs — was unable to effectively cut off the ring for much of the bout. Nonetheless, when he could close the distance, his sporadic bodywork was enough to clinch a dubious unanimous decision.

In a disappointing post-fight interview, Berlanga refused to accept responsibility for his lacklustre performance. Instead, he lamented that Rolls — who turns 38 in April — decided to “run” for the duration of their bout. While Rolls undoubtedly used speed, athleticism and footwork to evade Berlanga’s telegraphed power punches, the ‘Chosen Ones’ inability to adapt or work effectively from behind the jab to catch his much smaller and older opponent is a far more glaring issue than Rolls’ alleged flightiness. Indeed, when pressed by ESPN commentator Bernardo Osuna as to whether he contemplated changing his gameplan moving into the later rounds, Berlanga obstinately reiterated his commitment to headhunting — claiming “I was just looking for the big shot”.

Berlanga’s inflexibility, lack of ring IQ, and underdeveloped boxing fundamentals are serious deficiencies. As the calibre of his opposition continues to increase, these deficits will only become more apparent. Even in the relatively shallow talent pool of today’s super middleweight division, a one-dimensional power puncher like Berlanga will likely be picked apart by more well-rounded contenders like David Lemieux or Caleb Truax. 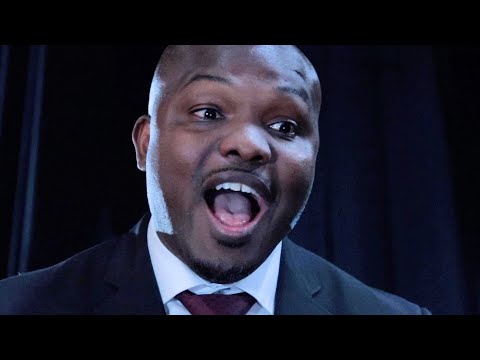