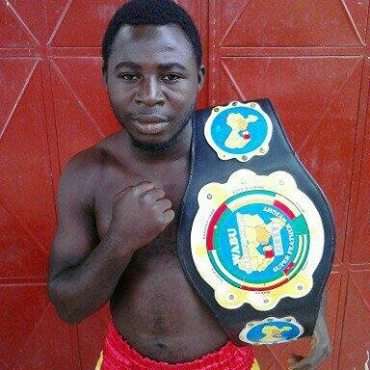 Ghana’s Emmanuel ‘Akufo-Addo’ Quartey says the postponement of his bid for the Commonwealth super bantamweight title against reigning champ, Gama Yafai of England has not affected his focus and ambition ahead of the new fight date of February 4, 2017, live on Sky Sports.

Quartey (20-2, 19 KOs) was scheduled to face the undefeated Yafai (10-0, 4 KOs) for the British Empire crown on December 3 but an injury in training to the champ necessitated the postponement of the fight to the new date in the new year, still promoted by Eddie Hearn’s Matchroom Sport.

Now with just over a month to fight night in Leeds, England, Quartey who is famously nicknamed after Ghana’s newly elected president is talking tough, jabbing Yafai with his words long before his expected arrival date in the UK at the end of January with his trainer Michael Laker and assistant, Mark Coffie.

“As I’ve been saying, this is a big opportunity for my career, my breakthrough and I just can’t let it go. This is the chance to announce myself to the world and get close to the ultimate dream of becoming a world champion,” Quartey said in an exclusive interview at his Accra training base.

“I can’t wait to get into the ring against Yafai, his record does not scare me one bit. I have been in tougher battles than he will ever be in. It’s surely going to be tough fighting him in his country in front of his people but I think I couldn’t have asked for a better opportunity. I will take it with both hands because I have to beat the best to be champion, simple” Quartey continued full of poise.

The Ghanaian boxer added: “I promise my fans that I will return to Accra with the Commonwealth title. I am always ready, I was already training for the fight in December so the postponement can’t affect me.

“I’m ready and promise my fans a big win. In fact, I am going for a knockout, I don’t think he will go past 6 rounds and all I ask of Ghanaians, both here in Ghana and around the world is to back me with their prayers and I will bring the title home.”