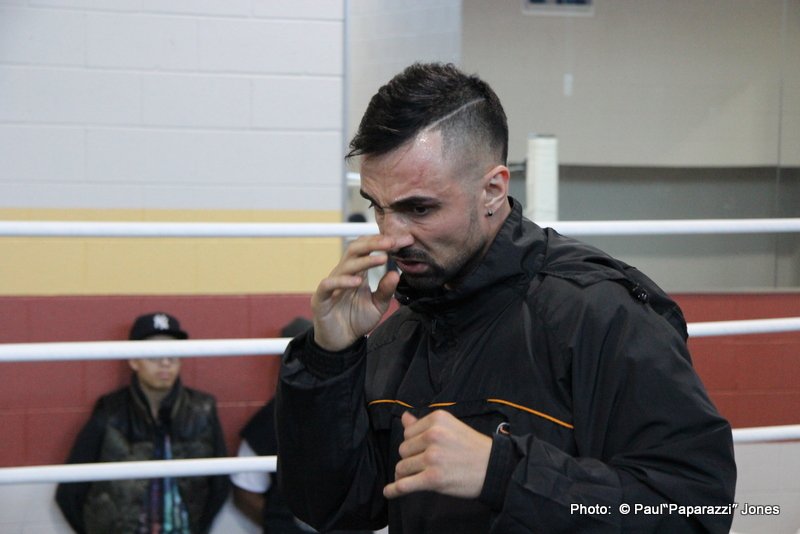 After his recent stoppage loss to Danny Garcia in New York, local favourite and former two-weight world champion Paulie Malignaggi appeared to decide that the time had come to bring the curtain down on his long career, emotionally announcing that his time to retire was nigh, and that he would be seeking to focus on his burgeoning, and successful career, as a ringside analyst for Showtime and Sky Sports in the UK.

“You hate to make an emotional decision. My career started in Brooklyn 14 years ago. If it ends in Brooklyn tonight, then at least I ended it at home, where I’m from, and in front of the greatest fans in the world. I’ve got a really good job commentating and watching great fighters fight ringside. I hope to sit around ringside for a long time.”

However, as has been the case with so many fighters, so many times before, Malignaggi has had some time for reflection, and the regrets about the fight with Garcia have seemingly started creeping slowly in, with “The Magic Man” announcing to iFLtv that he is still undecided regarding the future of his boxing career.

“I don’t know what to do as far as my boxing career, some days I wanna fight, some days I don’t, so we’ll see,” he said.

“I’ve never announced my retirement. I don’t know I ever would announce my retirement. I’d probably stop boxing in the mould of a Naseem Hamed or a Kostya Tszyu, where they just didn’t announce it, you just never saw them again fighting, ya know?”

Speaking about the Garcia fight, it seems Paulie is having second thoughts about taking on a fighter of Garcia’s calibre without a tune up bout – like the one he was scheduled to have against Danny O’Connor before getting cut in training.

“One thing I learned is you don’t take on a top 5 guy after 16 months off. It’s not just for the ring rust, ’cause that’s pretty basic – anyone can figure that one out – but it’s also the killer instinct, and if you’re out of the ring for a long time it starts to wear off on you.”

“I don’t believe it’s all that, ‘you get old, you can’t pull the trigger’ stuff, I don’t believe that. Well actually, that does come, but I think (for me) it’s more to do with being out the ring a long time, and maybe you lose that fight in you, that spark in you.”

“Looking back maybe a tune up would have served me right, but no regrets, man. You live, you learn and you move on.”

Though definitely don’t rule out a return just yet. According to Paulie, if the right opportunity lands in his lap? And thanks to his Italian heritage, that could include a shot at European honours.

“You get in where you fit in.”

“I can’t say I’m in a rush (to return) or anything. If something comes my way? I always wanted to go back to the UK and fight a fight, I wanted to win the EBU title, things I’ll be able to try do if I have a fight again, (but) I don’t have to fight ’cause of being broke, like some of these fighters.”