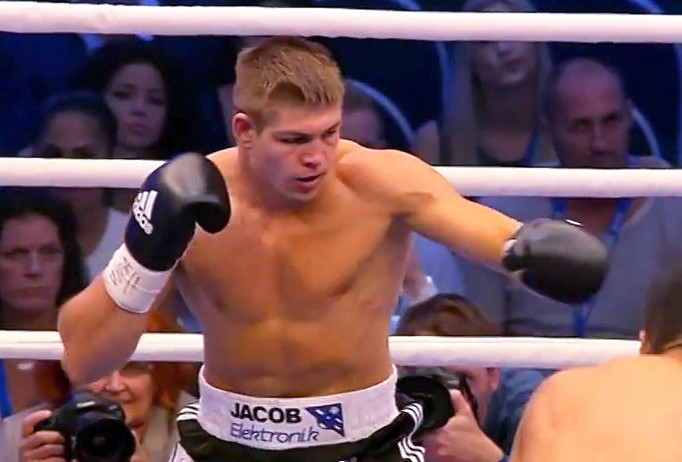 WBA interim super middleweight champion Vincent Feigenbutz (20-1, 19 KOs) is hoping to get a fight against No.3 WBA contender Felix Sturm (39-5-3, 18 KOs) before December, which is when the 36-year-old former middleweight champion Sturm will be fighting a rematch against WBA 168lb “regular” champion Fedor Chudinov (13-0, 10 KOs) in December.

Feigenbutz wants a chance to chop Sturm down before then and send him into retirement. If Chudinov gets the fight before him, then Feigenbutz may lose his chance of finishing Sturm off and putting him out of his misery. Sturm lost to Chudinov by a 12 round split decision.

If Sturm is going to take Feigenbutz up on his offer of fighting him before December, then that’s not going to leave Sturm much chance of training for the fight or marketing it in any way. It’s a tough fight for Sturm to take, especially given that he would have to turn around immediately and fight another potentially grueling bout against another hard puncher in Chudinov. Granted, Chudinov doesn’t have the kind of punching power that Feigenbutz possesses, but he hits plenty hard enough to give a fighter like Sturm all kinds of problems.

Sturm will be very lucky if he get a victory over Chudinov in their rematch. In their previous fight last May in Frankfurt, Germany, Chudinov never stopped punching for an instant, and he gave Sturm a real bad beating. The scores were close, but Sturm took a real pounding in that fight.

You’d have to assume that a rematch between them would have a similar outcome with Sturm taking a lot of punishment to the head. The scoring for that fight was very generous for Sturm, because he appeared to lose by a clear decision, not by a split decision. It’s obviously going to be tough for Chudinov because he’ll have to go into Germany and beat Sturm at his home turf.

Feigenbutz was hoping to get a shot at Chudinov for his WBA title, but his hopes were dashed recently with Chudinov taking the fight against No.4 WBA Frank Buglioni (17-1-1, 13 KOs) on September 26th. Feigenbutz would have been the next opponent for Chudinov in December if not for the WBA letting Sturm get a rematch against Chudinov for December. Now unless Feigenbutz can convince Sturm to fight him before December, Feigenbutz will need to wait until 2016 before he gets a crack at the WBA title against the winner of the Chudinov-Sturm fight.

If Sturm beats Chudinov, then Feigenbutz may have to wait until 2017 before he gets a shot at the WBA title, because Sturm will definitely go after a unification fight against WBO super middleweight champion Arthur Abraham. The WBA will likely not move to block that fight, and that means Feigenbutz will have to sit and wait for a long time before he eventually fights for the WBA “regular” super middleweight title.