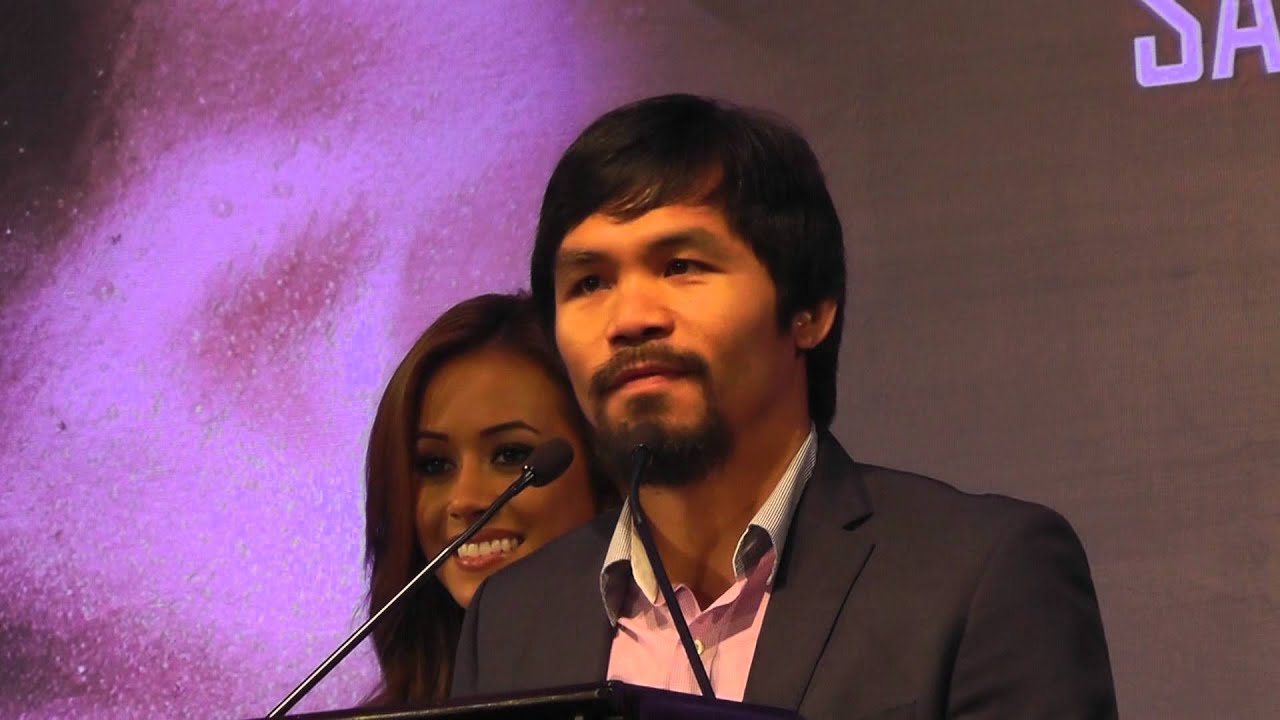 If Horace Greeley were a boxing promoter today he would undoubtedly be espousing, “Go East, young man.” And in boxing’s biggest demonstration of Manifist Destiny, Fighter of the Decade Congressman MANNY “Pacman” PACQUIAO and former world champion and reigning hellion BRANDON “Bam Bam” RIOS will battle each other in a 12-round welterweight rumble, Saturday, November 23, from The Venetian® Macao’s CotaiArena™, in Macao, China. Promoted by Top Rank® and Sands China Ltd., in association with MP Promotions and Tecate, Pacquiao vs. Rios will be produced and distributed live by HBO Pay-Per-View, beginning at 9:00 p.m. ET / 6:00 p.m. PT.

For Pacquiao, this marks the pound-for-pound box office monarch’s first fight outside the U.S. since his 12-round super featherweight unanimous decision victory over former world champion Oscar Larios in 2006, which took place in the Philippines.  Rios’ only fight outside the U.S. was in México in 2008 when he won a 10-round split decision over Ricardo Dominguez.

“Brandon Rios is the biggest test out there for me and I will be ready to meet the challenge,” said Pacquiao. “I have heard what Brandon has been saying.  If he fights as well as he boasts it will be a great fight for us and the fans.”

“Big time boxing is being firmly established in China with a Manny Pacquiao vs. Brandon Rios showdown at The Venetian Macao,” said Hall of Fame promoter Bob Arum. “It is fitting that Asia’s most famous fighter will box in a big event in Macao. All fight fans are looking forward to an exciting bout between Manny against super fan-friendly Brandon Rios with his exciting, never quit style.”

“The Clash in Cotai, as we’ve dubbed this historic matchup, is going to be spectacular,” said Edward Tracy, President and Chief Executive Officer, Sands China Ltd. “It’s the latest example of the edge-of-your seat, high-octane event that Sands China is known for. It’s all part of our multi-tiered entertainment strategy of bringing the world’s biggest superstars of sport to Macao to display their skills at these must-see events.” 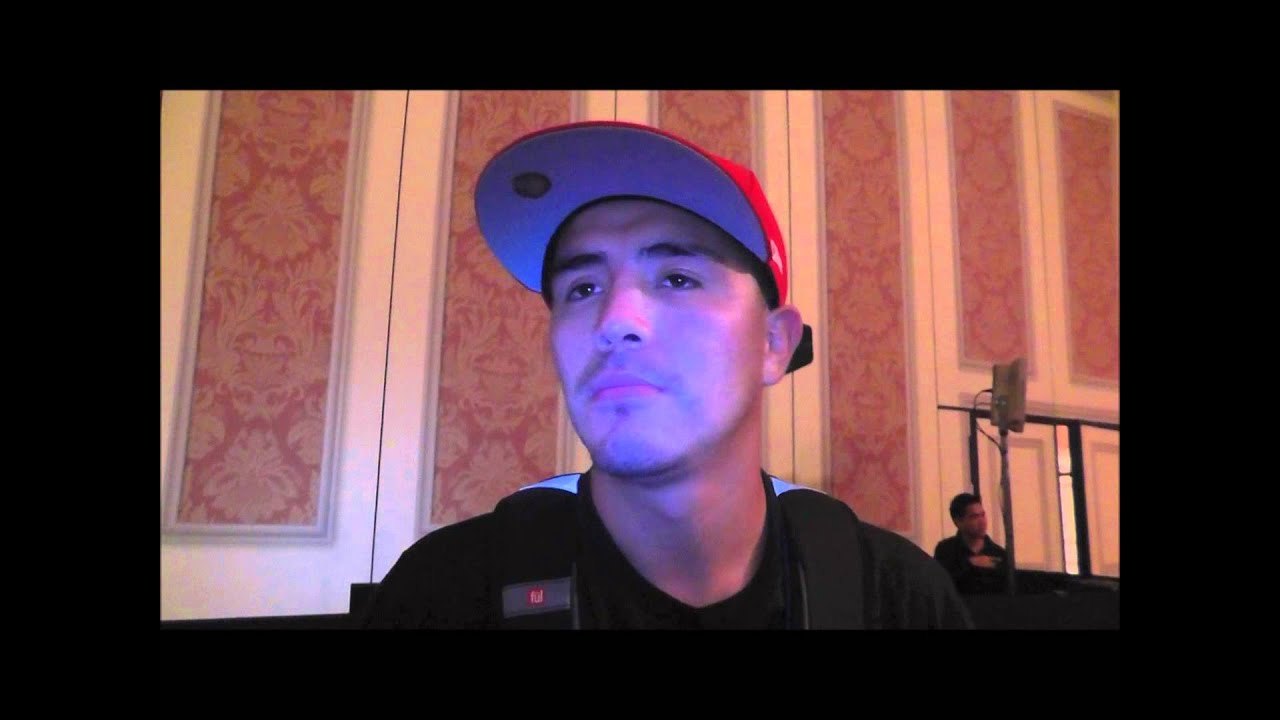 “Manny Pacquiao versus Brandon Rios is a terrific stylistic matchup that fight fans are going to be enormously excited about,” said Mark Taffet, senior vice president, HBO Pay-Per-View.  “In addition to so much being on the line in this fight we have the compelling backstory of the event taking place at a glamorous international destination that will generate even more interest in the fight and establish that Saturday, Nov. 23 is going to be an extraordinary, can’t miss night in boxing history.”

Trained by Hall of Famer Freddie Roach, Pacquiao (54-5-2, 38 KOs), the lone congressional representative from the Sarangani province in the Philippines (he was reelected to a second term, running unopposed this year), is the only fighter to win eight world titles in as many different weight divisions.  A three-time Fighter of the Year and the Boxing Writers Association of America’s “Fighter of the Decade,” Pacquiao’s resumé features victories over future Hall of Famers, including Oscar De La Hoya, Ricky Hatton, Marco Antonio Barrera, Erik Morales, Miguel Cotto, Shane Mosley and Juan Manuel Márquez. From 2008 to 2010, five of his seven victories were world title victories in five different weight classes, where he dethroned super featherweight champion Márquez, lightweight champion David Diaz, junior welterweight champion Hatton, welterweight champion Cotto, and he annihilated three-time world champion Antonio Margarito for the vacant super welterweight title.  Pacquiao’s seven-year, 15-bout winning streak came to an end on June 9, 2012, when he lost his World Boxing Organization (WBO) welterweight crown to undefeated WBO junior welterweight champion Timothy Bradley, Jr. via a controversial split decision. That was followed by a knockout loss to professional nemesis Márquez last December 8 — a fight Pacquiao was winning before he got careless trying to close the show and instead was stopped by the knockout punch of the year.  No active boxer has sold more live tickets in the U.S. than Pacquiao, who is also credited with over eight million pay-per-view buys.

Rios (31-1-1, 22 KOs), the former World Boxing Association (WBA) lightweight champion, from Oxnard, Calif., is on the hunt for his second world title in as many weight divisions. He enters this fight having won 11 of his previous 14 fights by knockout.  One of boxing’s most exciting fighters, Rios is known for his all-action fan-friendly fighting style.  His trainer, former International Boxing Federation (IBF) junior lightweight champion and 2012 Trainer of the Year Robert Garcia, calls it a “throwback” style with a warrior’s mentality that screams excitement. Highlight knockout victories on Rios’ resume include Miguel Acosta, Anthony Peterson, Urbano Antillon, John Murray and Mike Alvarado. Alvarado, the natural 140-pounder, entered that fight as the undefeated WBO No. 1 junior welterweight contender.  Many consider it 2012’s Fight of the Year.  In their exciting rematch, which took place on March 30, Rios lost a close decision for the vacant WBO interim junior welterweight title. It is considered the leading contender for the 2013 Fight of the Year. Rios enters this fight world-rated as the No. 1 contender.

The Pacquiao vs. Rios telecast, which begins at 9:00 p.m. ET / 6:00 p.m. PT, will be produced and distributed live by HBO Pay-Per-View and will be available to more than 92 million pay-per-view homes. The telecast will be available in HD-TV for those viewers who can receive HD. HBO Pay-Per-View, a division of Home Box Office, Inc., is the leading supplier of event programming to the pay-per-view industry.