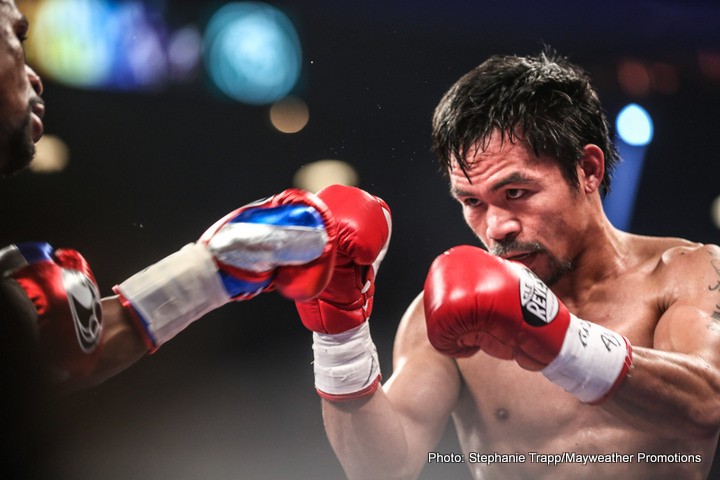 Add Suncorp Stadium in Brisbane, Australia to the list of venues on foreign soil that will play host to a MANNY “Pacman” PACQUIAO fight. Boxing’s only eight-division world champion and the reigning Fighter of the Decade, Pacquiao has accepted the challenge of undefeated No. 2 world-rated contender JEFF “The Hornet” HORN to defend his World Boxing Organization (WBO) welterweight title, Saturday, July 1 (Sunday, July 2, in Australia). Promoted by Top Rank® and Duco Events, “The Battle of Brisbane” is expected to attract 55,000 fans and a record pay-per-view audience in Australia. It will also be seen live in the U.S. Look for details on the U.S. telecast in the following weeks.

“Manny has been a pioneer, bringing world title fights to Cowboys Stadium, The Venetian Macao’s Cotai Arena and now Suncorp Stadium. We’re boxing’s version of Lewis & Clark, discovering new markets,” said Hall of Fame promoter Bob Arum. ” Manny knows who will be the crowd favorite on July 1, but he can’t wait to give Australia and the world a great performance. It’s going to be unbelievable event.”

Pacquiao (59-6-2, 38 KOs), from General Santos City, Philippines, is in his third reign as WBO welterweight champion. He regained the title on November 5, winning a dominant unanimous decision victory over defending champion Jessie Vargas.

Horn (16-0-1, 11 KOs), from Bisbane, Queensland, Australia, enters this fight having won his last three fights — all in 2016 — against Ali Funeka, Rico Mueller and Randall Bailey inside the distance. They had a combined record of 105-14-4 when he fought them. Horn is world-rated No. 2 by the WBO and the International Boxing Federation (IBF).