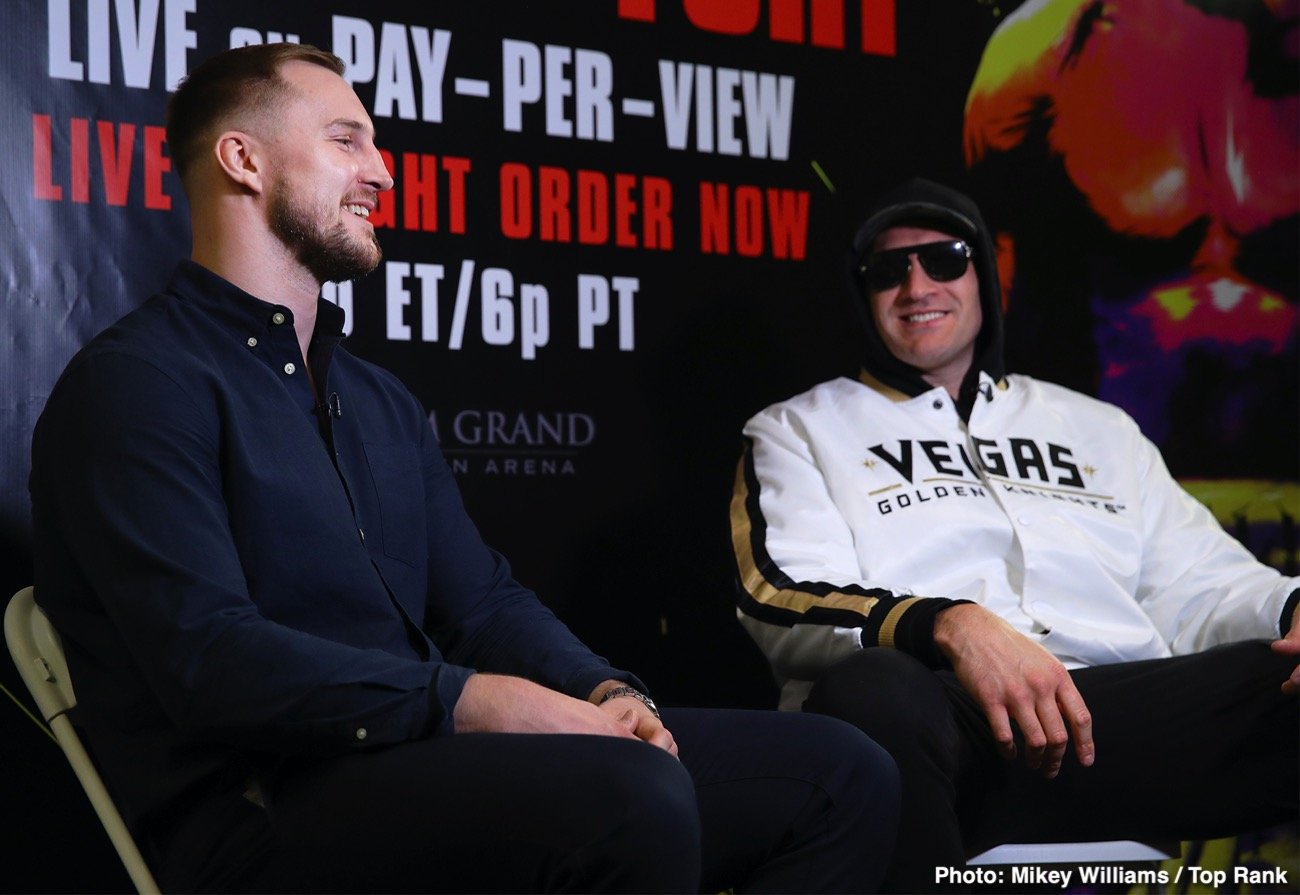 By virtue of his strong performance against Fury last September, Sweden’s IBF #15-ranked Otto Wallin (20-1, 13 KOs) must now be considered a serious force in the big man’s division. “If anybody still doubted me, now they know,” said Wallin. “My fight with Fury was, of course, a much better fight and I showed that I belong as a top contender.”

Early in the fight, when the two met at the T-Mobile Arena in Las Vegas last Fall, Wallin opened two gruesome cuts around Fury’s right eye with legal blows and came within a hair of scoring the huge upset. After an extremely tense 12-round battle, Fury was forced to fight through his own blood and dig deep to rally in the later rounds and take a unanimous decision over Wallin.

Many boxing experts noted, post-fight, that less serious cuts had brought a halt to the action in other fights and Fury was extremely fortunate to have escaped with his unbeaten record. Fury required close to 50 stitches and had to have a web mesh inserted surgically into the horrific wound.

“Neither Wladimir Klitschko or Deontay Wilder, two of the greatest heavyweights of our time, could do to Tyson Fury what Otto Wallin did,” said Wallin’s promoter Dmitriy Salita. “Otto at 29 years is only going to get better in every facet of the game. He is on his way to becoming a dominant force in the heavyweight division.”

Wallin and Fury displayed mutual respect after their fight and it continued Saturday night with Wallin congratulating the new champion for his impressive showing and the former champion for his courage.

“I think Fury came in with a good game plan and showed he’s the number one heavyweight in the world,” said Wallin. “The trainer change he made worked out for him and the more-aggressive style made Wilder look bad. Fury seemed to be on another level. Everything worked in his favor. I honestly think that my fight with Fury helped him get ready for this fight. He fought Wilder in a similar way to how he fought me in the second half of our fight.

“At the same time, Wilder deserves respect for not wanting to quit. He kept fighting and showed a lot of heart, even though I think his corner should’ve stopped the fight earlier.”

Team Wallin says they will continue to train hard and look for opportunities to move back into line for another shot at Fury.

“Otto didn’t get lucky in that fight,” continued Dmitriy Salita. “He has the right style to always give Tyson Fury big problems. We’re going to keep him busy and winning while we wait for Fury to decide to settle this unfinished business with a rematch.”

“I want a rematch and this time I will finish what I started,” added Wallin.