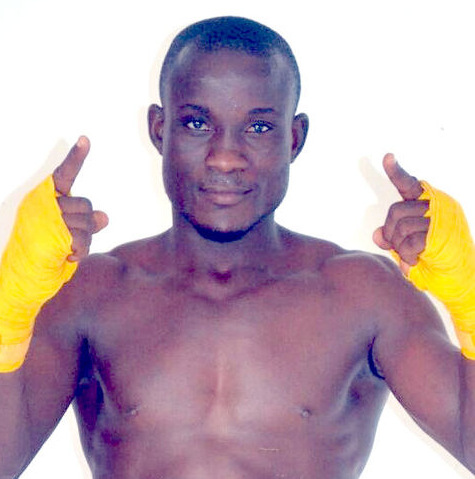 Ghana’s Abraham Osei Bonsu has sworn to overcome all the challenges thrown at him by Jonathan Perez of Colombia and return home with the WPBF Intercontinental Super Featherweight championship when the two fight for the vacant belt in the USA on November 17.

Osei Bonsu (10-1-1, 9 KOs) who is coming off a failed bid for the WBO Africa Super Featherweight title when he suffered his first career defeat to Aphiwe Mbobiya in South Africa last December, says the experience garnered by fighting outside Ghana for the first time will come in handy when he faces 29 year old Perez (35-15, 28 KOs) at the Lakeland Event Centre, Florida.

Initially scheduled for July before a rescheduled September 17 fixture also failed, the Ghanaian boxer insists the often postponement of the fight against the Colombian has not affected his focus and will be ready to emerge victorious on fight night come November.

“This is a fight I’m very determined to win and despite several postponements, I’ve stayed focused, working hard in the gym everyday and I can assure you I’m going all out to win the title,” Osei Bonsu told Ghana based boxing magazine show, Dornu’s Corner recently.

“I thank my management for standing by me and working hard to get me this opportunity and I promise not to let them down. I’m also grateful to my coach for the good training he is giving me and we’ll surely return with the title,” Osei Bonsu added.