On this day in 1992, James Toney, the reigning IBF middleweight champion, met a 10/1 outsider named Dave Tiberi. To some people, it was a real-life “Rocky” scenario, with snow white underdog Tiberi taking on the role of Rocky Balboa. Toney was as fast with his mouth as Apollo Creed was with his, but more importantly, Toney was seen by many as the best 160 pounder on the planet.

What followed inside Donald Trump’s Taj Mahal hotel and casino in Atlantic City proved to be hugely controversial. 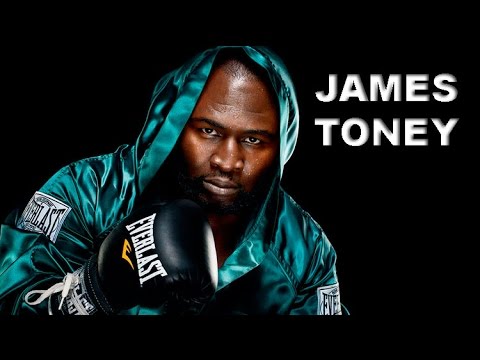 Toney, who had ripped the world title from an unbeaten Michael Nunn and was making his fourth defence, had developed a terrible problem when it came to making weight. Tiberi, who had never fought anyone as accomplished as “Lights Out,” was in absolutely tip-top condition. Toney knew he wasn’t himself as early as the opening round, as he later stated. Toney, though, figured he would “loosen up” and get into his groove. He never really did. Ironically, however, Toney, 28-0-2, hurt Tiberi, 22-2-3 quite badly in the very first round, this Toney’s most commanding session.

After that, with Tiberi being the man who had warmed up, Toney struggled.

It was a fight that took place during the afternoon, with ABC televising to a huge audience. Everyone who watched the fight saw a total robbery. Well, almost everyone. After the 12 rounds, two judges (later found out to be unlicensed to judge in the state of New Jersey) had the fight for Toney, at 115-111 and 115-112. The third judge had it wide for the challenger, at 117-111.

Trump, who may or may not have been especially worth listening to as far as the sport of boxing goes (but who does know all about what deserves to be referred to as a disgrace) called the decision just that, a disgrace. That and an embarrassment (Trump knows all about those, too). Respected voice of boxing Alex Wallau, who is always more than worth listening to, agreed, calling the decision, “the most disgusting decision I’ve ever seen.”

Toney disagreed, as did his manager, Jackie Kallen. A return fight was swiftly offered to overnight star (and recipient of much sympathy) Tiberi. Eventually, the money he was offered reached $500,000 – this easily double, even triple, the biggest payday Tiberi would likely ever get. But Tiberi was done, he was as disgusted as Wallau. Tiberi never fought again. Instead, Tiberi’s biography was quickly released.

So was the decision really THAT bad? It was a close fight, certainly far closer than Toney would have liked or, his supporters said and continue to say, would have allowed the fight to be had he been at his best. We’ve seen worse decisions, but to many, Toney WS12 Tiberi easily slots into the Top-10 worst decisions ever handed in at the conclusion of a world title fight.

It was a tough fight, it was a hard fight, it was a fight that needed a rematch. Toney – who reportedly collapsed soon after the fight had ended, being taken to a hospital and put on an IV – wanted it, but Tiberi said adios.

Toney WS12 Tiberi has its own odd place in boxing history. Tiberi proved he was a man of principle, of honor, yet to many he was a fool for not taking that rematch. Did Tiberi have it in him to be a real-life Rocky for one night only, or could the man from Delaware have made Toney look ordinary a second time?