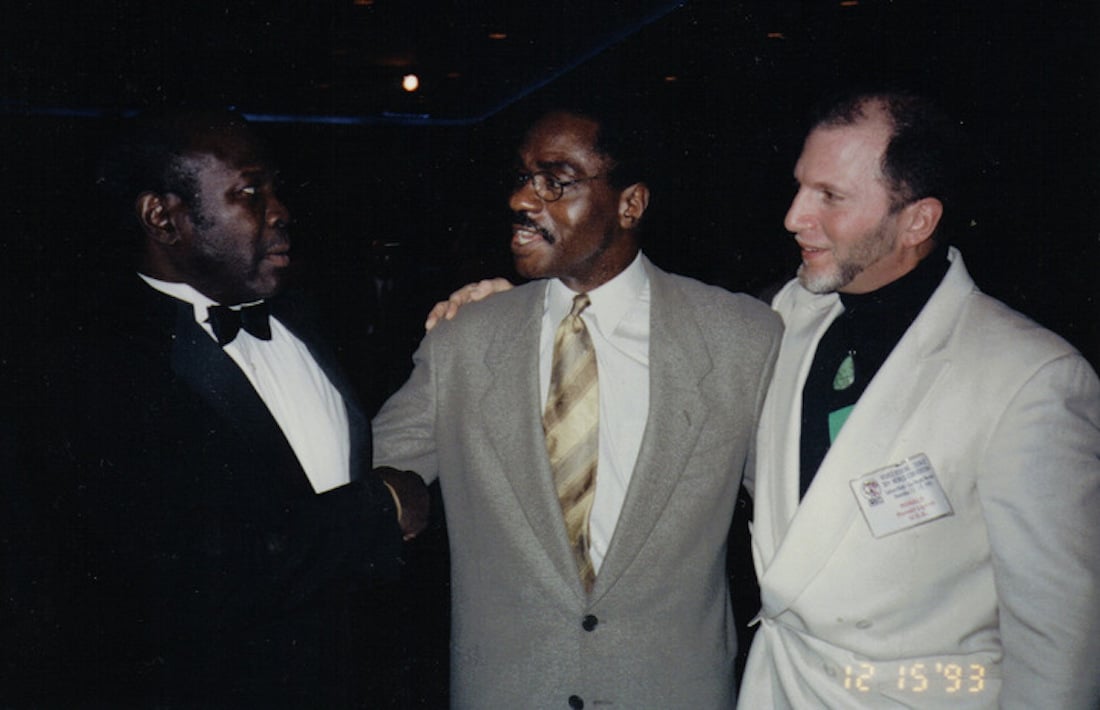 The great Emile Griffith was stopped just twice during his 112-fight, 19-year long pro career. One of these stoppage defeats came at the hands of all-time great middleweight champion Carlos Monzon, who scored a 14th round stoppage win over the finest fighter to have ever come out of The Virgin Islands, this in 1971 when Griffith was 33 years of age and was sporting a 70-11 ledger. 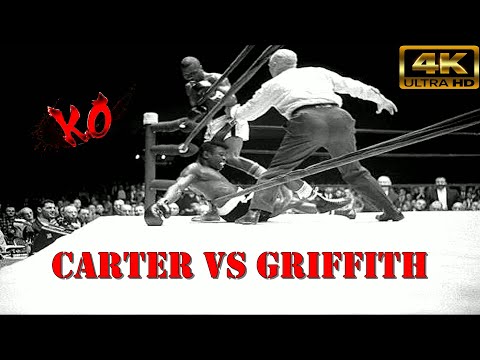 The other stoppage loss was a blowout, an absolute hammering, and it came in the opening round of a non-title fight. Facing Rubin “Hurricane” Carter in a fight up at middleweight – this fight being a bout the reigning welterweight king took for unknown reasons that would soon be looked at as foolish – the 25 year old Griffith was 38-4 and he had been welterweight champ since 1961 – regaining the crown from Benny “Kid” Paret to become a two-time champ, and then regaining the belts from Luis Manuel Rodriguez to become a three-time king.

Against Carter, Griffith was a stiff favourite to win. However, “The Hurricane” had different ideas.

Carter, a year older than Griffith and 17-4 as a pro, growled before the fight in Pittsburgh that “no welterweight belongs in the ring with me.” The warrior from Clifton, New Jersey, who was immortalised in the 1975 record by Bob Dylan, was coming off a split decision loss to Joey Archer, but the fantastically conditioned, starving hungry middleweight contender had previously picked up wins over the likes of George Benton, Florentino Fernandez and Holly Mimms.

Carter absolutely went through the accomplished Griffith as if he wasn’t even there. Smouldering and intimidating, Carter, when one watches the old black and white footage, brings to mind the prime Sonny Liston. Certainly, “Hurricane” was about to destroy Griffith the way Liston blew away Floyd Patterson. Only Carter’s biggest win didn’t come in a world title fight.

Carter went right at Griffith, his power, physical strength and sheer aggression proving too much. After digging in some hefty shots to his rival’s midsection, Carter uncorked a wicked left hook to the head and Griffith crumbled. Seemingly out of it after having been sent to the canvas for the first time in his career, Griffith reached out to the referee, looking as he did like a fighter who was asking for help in what to do, who was badly needing assistance in getting back up. Griffith did make it back to his feet, just barely. Wobbling and wounded, Griffith was helpless prey for the all-devouring Hurricane he had mistakenly gotten in the path of.

Stuck on the ropes, Griffith took powerful blow after powerful blow, before falling again. This time, the third man had seen enough. Griffith was talking to the ref as the carnage was halted, yet it’s a cinch he was not making any sense. Griffith had been bludgeoned.

Carter would never rule the world the way his most famous KO victim did, with the fearsome puncher with the immaculate physical conditioning and the iron chin being sent to jail less than four years later. Carter did get a shot at the middleweight crown, this in December of 1964, when he was soundly outboxed by Joey Giardello (forget what the Denzel movie tries to tell you about this fight). But then a real injustice came calling and Carter’s talents were forever confined to a prison cell.

How many times might Rubin Hurricane Carter have played his savage knockout of Griffith in his mind as he lay there in his cell at night.