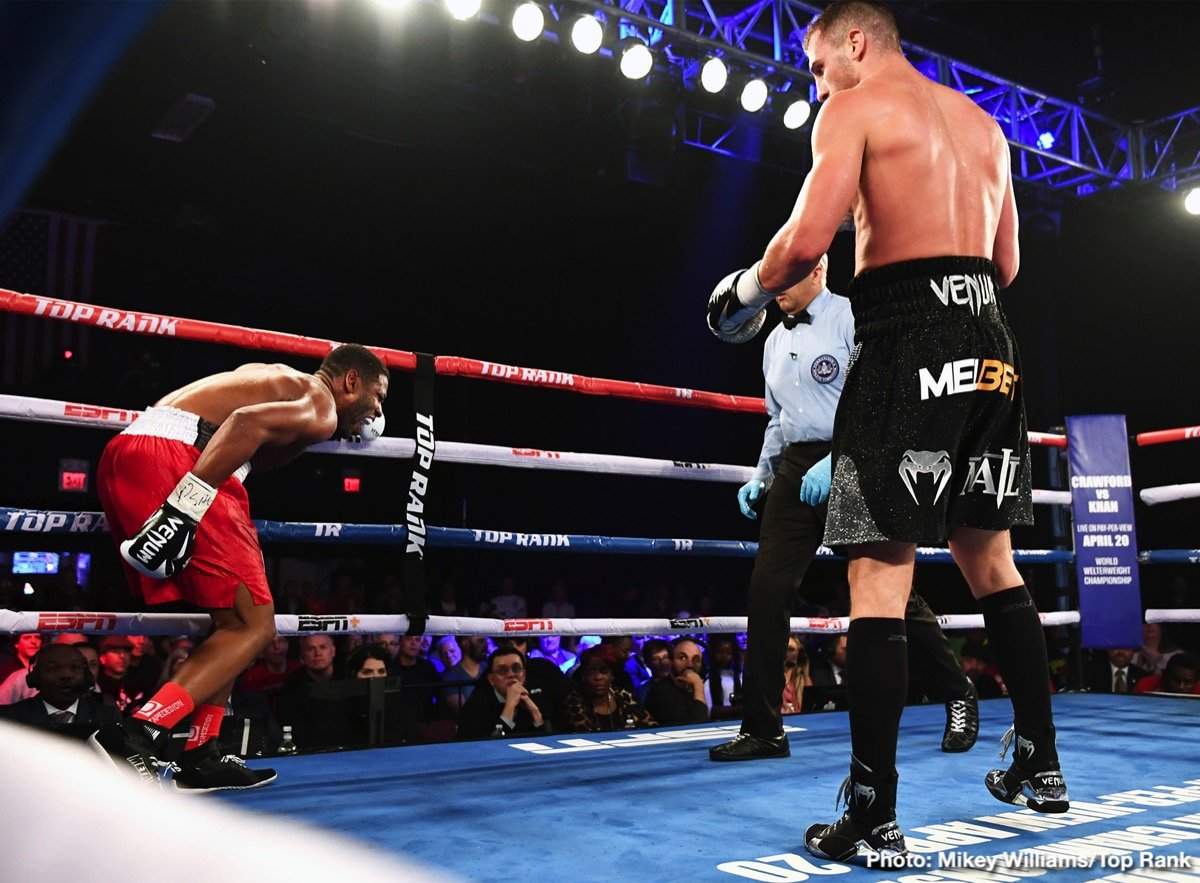 Just recently, over the last three weeks, we fight fans have been treated to two great action fights, both of them Fight Of the Year material – Errol Spence-Shawn Porter and Gennady Golovkin-Sergiy Derevyanchenko. This Friday night in Philadelphia, we are all but guaranteed to get act-three; yet another war.

For though the upcoming November 2 fight between defending champ Sergey Kovalev and middleweight moving up Canelo Alvarez is getting far more hype and attention (for obvious reasons), it really could be argued – in fact should be argued – that the unification showdown between unbeaten 175 pound wrecking machines with skills Oleksandr Gvozdyk and Artur Beterbiev is the best possible match-up the talent-rich division has to offer today.

Beterbiev, 14-0(14) is a pure puncher, with only one man being able to extend the Russian warrior beyond the seventh-round. A fine amateur, Beterbiev has been craving the big, big fights for some time. He has one now. Gvozdyk, 17-0(14), also a lethal hitter as well as a fine, fine amateur, is ready and willing to fight anyone. His great but ultimately tragic fight with Adonis Stevenson saw the Ukrainian emerge on the world stage, and now Gvozdyk wants all the belts at 175.

This Friday’s fight is arguably the toughest to pick, most genuinely 50/50 match-up we have been treated to in quite some time. Gvozdyk was last seen stopping Doudou Ngumbu in five rounds in March, while Beterbiev was last in action in May of this year, when he took out Radivoje Kalajdzic, also in five rounds. Now both men face the ultimate test in the form of one another.

Beterbiev is the older man at age 34 to Gvozdyk’s 32. Thus far, neither fighter has shown a single weakness. It will be hammer fists and iron chins going at it on Friday and we may well witness a fight for the ages. Who wins? Who knows! This one is as tough to pick as both me are tough – with a capital T.

We might even see the first fight of a bitter and brutal rivalry as the WBC/Lineal and IBF champions collide in Philly. It’s simple: no fight fan can afford to miss this one.