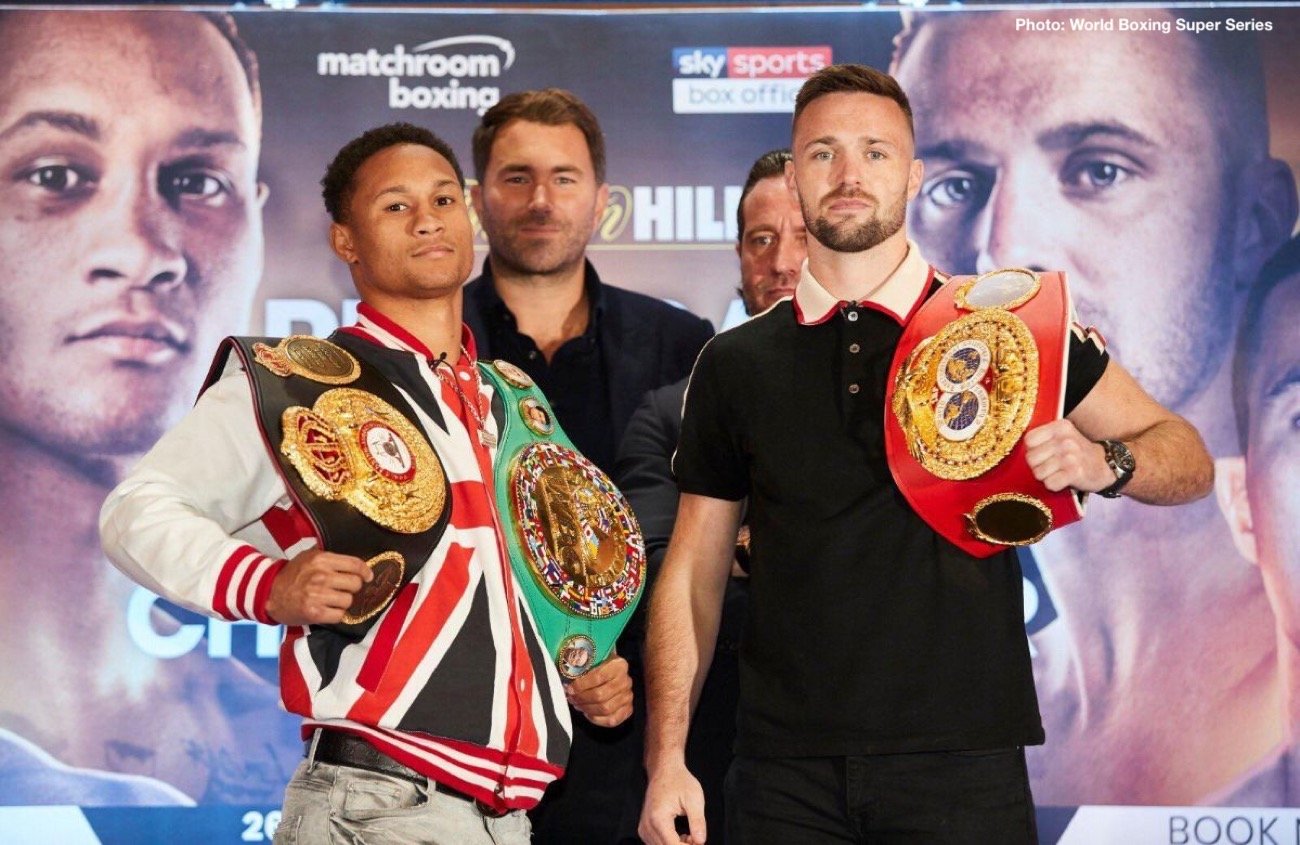 Regis Prograis says he’s willing to give former four division world champion Adrien ‘The Problem’ Broner a title shot for the right amount of money after he finishes unifying the light welterweight division.

Broner (33-4-1, 24 KOs) is kind of down in his luck right now with him having lost 2 out of his last 3 fights. He hasn’t fought since losing to Manny Pacquiao by a 12 round decision last January. It appears that Broner won’t be fighting again this year.

“For me, I’ve been calling out Broner for four years,” said Prograis to Fighthub. “When I first started calling him out, I was like 15-0, and I wasn’t a world champion. Now he’s calling my name out. If they present that fight to me one day, that would be a fight that I would love to take, especially for the right kind of money,” said Prograis.

At this point, it would be better for Prograis to wait until Broner gets a win or two against a name opponent before he bothers giving him a world title shot. It doesn’t make sense for Prograis to throw a bone to a guy whose last significant victory was two years ago when he beat Adrien Granados by a controversial 10 round decision in his hometown of Cincinnati, Ohio in February 2017. Since that questionable win, Broner’s record is 0-2-1 in his last 3 fights.

Prograis doubts Broner can beat any of the champions at 140

“If he wants to come and take over 140, I can’t see him beating no champion right now,” said Prograis about Broner. “Between me, Josh Taylor and [Jose] Ramirez, I don’t think Broner would beat any of us at 140.”

Broner is looking pretty well shot at age 30, and it doesn’t look like he’s anything left in the tank to beat a world champion at 140. Prograis Josh Taylor and Jose Ramirez would be a real nightmare for Broner at this late stage of his career. The thing is, Broner is only 30-years-old, but he really hasn’t been the same fighter since his loss to Marcos Maidana in 2013. The fighters that Broner has beaten since then have been fringe level guys.

Perhaps the only divisions where Broner would have a real chance to win a world title right now would be at super featherweight and lightweight. Unfortunately for Broner, he can no longer make weight for this divisions. Earlier in his career, Broner held world titles briefly at 130 and 135. That was a long time ago, and he’s eaten his way out of both of those divisions. It’s safe to say that Broner is beyond the point of no return. He can’t go back to the only weight classes that he would have any chance of winning a world title, and he’s running out of usefulness in serving as the B-side opponent.

Regis open to fighting Broner after Taylor and Ramirez

“So, after everything is said and done with me and Taylor and Ramirez, then if that fight is on the table, then that’s a fight that I would love to take,” said Prograis about Broner.

By the time Prograis finishes unifying the light welterweight division, it wouldn’t be surprising if Broner is retired. He’s already saying that he’s done with boxing. Whether he’s serious or not about that is unclear. But he might as well be retired, because he’s no longer relevant.

Prograis holds a valuable title with the WBC Diamond belt, which will allow him to get a title shot against Ramirez. A victory over Ramirez would make Prograis the unified champion at light welterweight. The only way Prograis wouldn’t be the unified champion is if Ramirez doesn’t put up his WBO belt when/if he faces Prograis.