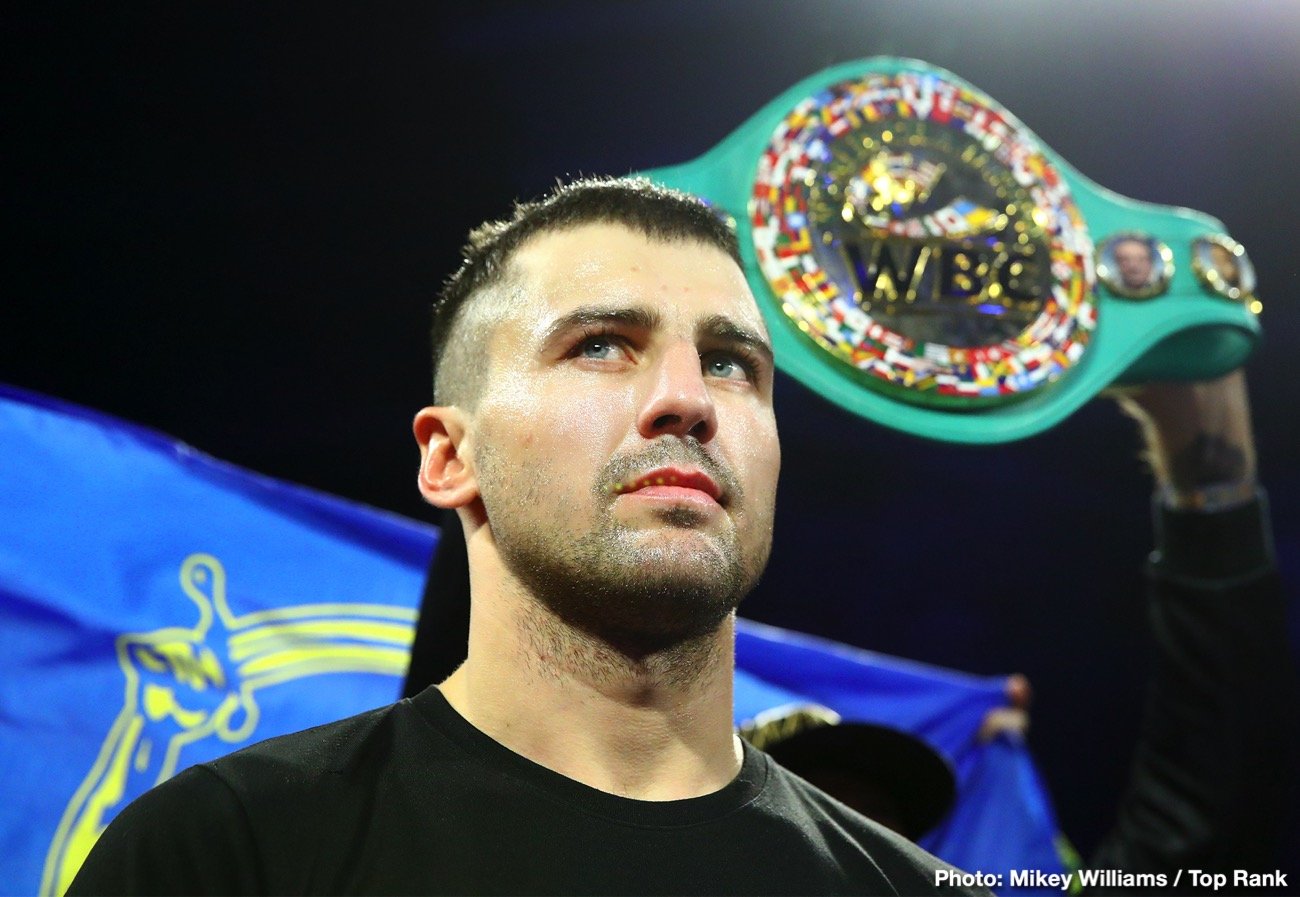 It has been announced in Ukraine how former WBC light-heavyweight champion Oleksandr Gvozdyk has retired, at the age of just 33. Egis Klimas, the manager of Gvozdyk, wrote on Instagram how he is wishing the now former fighter good luck in his retirement from the ring.

It has come as quite a surprise that Gvozdyk, 17-1 with 14 KO’s, has called it quits. Age 33 is no way near old these days, while 18 pro fights is in no way a long career. And Gvozdyk has lost just the one pro fight – this to Artur Beterbiev in his last fight, in October of last year; Beterbiev stopping Gvozdyk in the tenth round of their WBC/IBF unification showdown. A bronze medal winner at the 2012 Olympic Games, Gvozdyk looked set for possible greatness at one point.

Going pro in April of 2012, his debut taking place in Las Vegas, Gvozdyk won 15 in a row, 12 inside the distance, before getting a world title shot. Gvozdyk stopped the long-reigning Adonis Stevenson to take the WBC belt back in December of 2018 – Adonis sadly suffering career-ending injuries in the brutal fight – but he was only able to make one successful defence; Gvozdyk stopping Doudou Ngumbu inside five rounds in March of last year.

It’s unknown if the sad fate of Stevenson (who, despite the seriousness of his injuries, has made astonishing progress on the way to a partial recovery) has played a part in Gvozdyk’s decision to retire. Or perhaps the TKO defeat at the hands of Beterbiev broke Gvozdyk’s heart and this is the reason he has decided to hang up his gloves. Some reports suggest Gvozdyk is looking to head into politics in his native Ukraine (joining Vitali Klitschko).

Either way, and whatever he wishes to do with the remainder of his life, let’s all wish Gvozdyk, AKA “The Nail,” the best of luck. A terrific fighter in the ring, who brought plenty of excitement in his bouts, Gvozdyk will be missed by plenty of fight fans the world over.