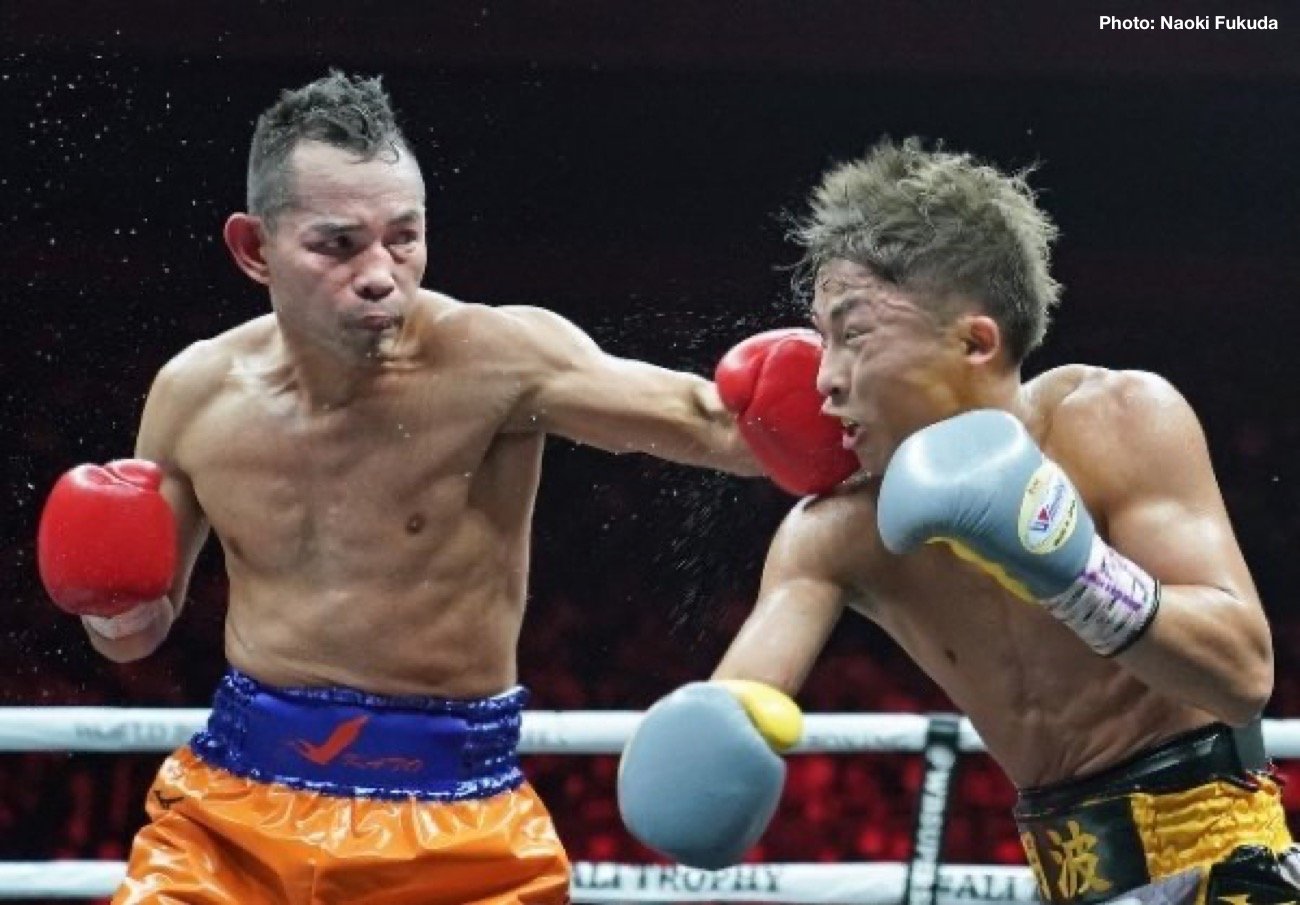 Guaranteed future Hall of Famer Nonito Donaire could have fought the almost perfect swansong in November, his epic battle with feared punching machine Naoya Inoue seeing “The Filipino Flash” give his all in a fight that had everything aside from an upset win for the 37 year old. But Donaire feels, and no doubt proved, that he has quite a bit left to offer, and he will fight on.

As per a tweet from Mike Coppinger, a purse bid is set for January 21st at WBC headquarters in Mexico, for a fight between WBC 118 pound champ Nordine Oubaali and Donaire. If Donaire, 40-6(26) takes the fight, can he win it and become a world champion again? A lot may well depend on how much that heroic, up-from-a-painful-knockdown performance against “The Monster” took out of Donaire.

Oubaali of France is unbeaten at 17-0(12) and he would likely enter the ring as the favourite in a fight with Donaire, who is four years older than he is. Oubaali, a southpaw, won the vacant WBC bantamweight title with a decision win over Rau’shee Warren in January of last year and he has made two retentions (including, in his last fight, a win over Takamu Inoue, Naoya’s brother, on the Inoue-Donaire card in Japan).

Not in any way as big or as dangerous a puncher as Inoue, Oubaali is instead a slick operator, a clever boxer. If he has still got plenty left, Donaire, with his own fine boxing brain, might give Oubaali plenty to think about, in so doing giving we fans an engrossing and enjoyable fight. It’s early days, and we don’t know where the fight would take place, or indeed, if Donaire will take it (Donaire has actually asked for a return fight with Inoue), but don’t rule out the possibility of Donaire ruling the world once again before his great career finally comes to an end.

A pro since way back in February of 2001, Donaire has given his all each and every single time he has stepped into the ring. Who will you be rooting for should Donaire challenge Oubaali?