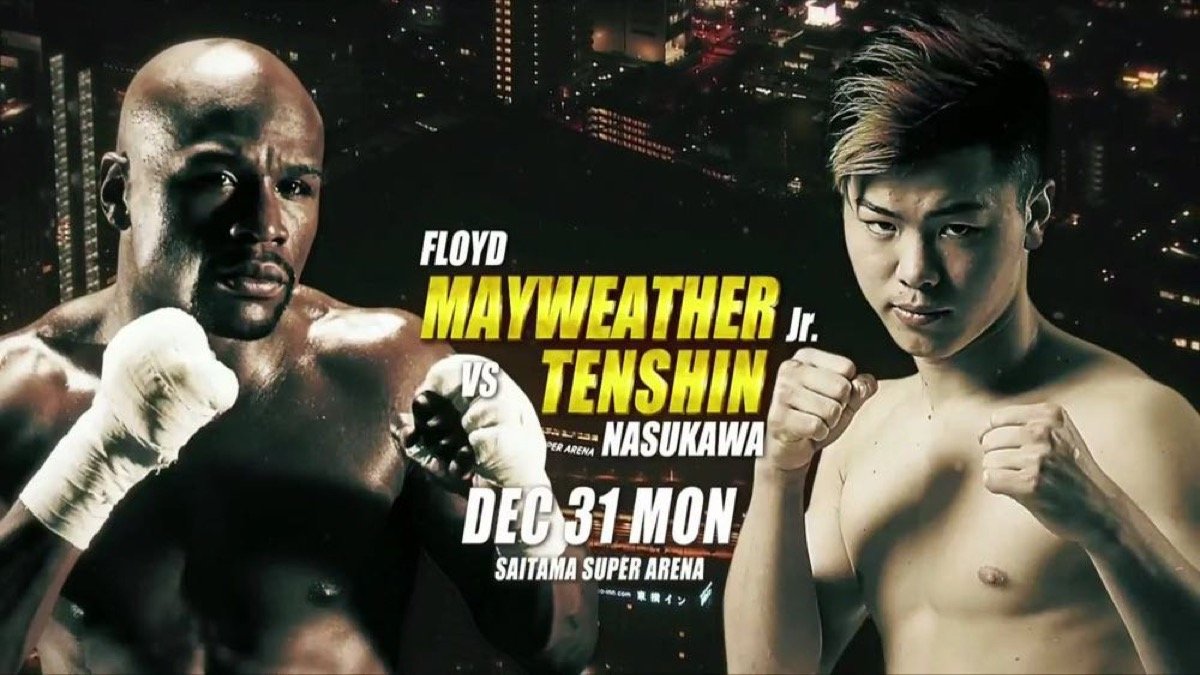 Whatever happens on New Year’s Eve in Japan – whether semi-retired superstar Floyd Mayweather fights or not – that perfect, unbeaten 50-0 record will remain intact. Mayweather, who caught a good deal of flak for bailing on his announced fight with 20 year old kickboxer, MMA fighter Tenshin Nasukawa, supposedly set for New Year’s in Japan under a RIZIN deal Floyd had reportedly signed, has had another change of heart.

Speaking with TMZ Sports, “Money” said that he will fight Nasukawa, but in nothing but an exhibition bout, one that will not permit any kicking. Floyd added how the nine-minute exhibition will be “the highest-paid exhibition ever.”

“We’re gonna make it happen,” Floyd said of the fight he recently said he was “blind-sided” into agreeing to. “It’s a no-brainer. Just because I’m retired from boxing, I still make appearances worldwide and make a ton of money. Rules? It’s gonna be a little boxing exhibition. No kicking…….I’m moving around with the guy for nine-minutes, and, of course, it’s gonna be the highest-paid exhibition ever.”

Maybe this is what Floyd intended all along, and not a real fight; one that could have seen him get hurt and/or embarrassed. The planned exhibition will not really do any harm, in fact Mayweather will make yet more money and Nasukawa will see his profile raised. Still, with no risk, with no real drama, everyone concerned had better realise how no real fight fan will have any inclination whatsoever to part with any money to watch this event.

So is Mayweather pretty much retired? Will that announced (by Floyd, on the eve of the massive Canelo-GGG rematch) sequel with Manny Pacquiao take place or not? When it comes to Mayweather, does anybody really care any longer? At age 41 (42 in February) Mayweather should be content in retirement, counting his many millions. But is Mayweather suffering from boredom? That and an almost constant need to see his name in the headlines?