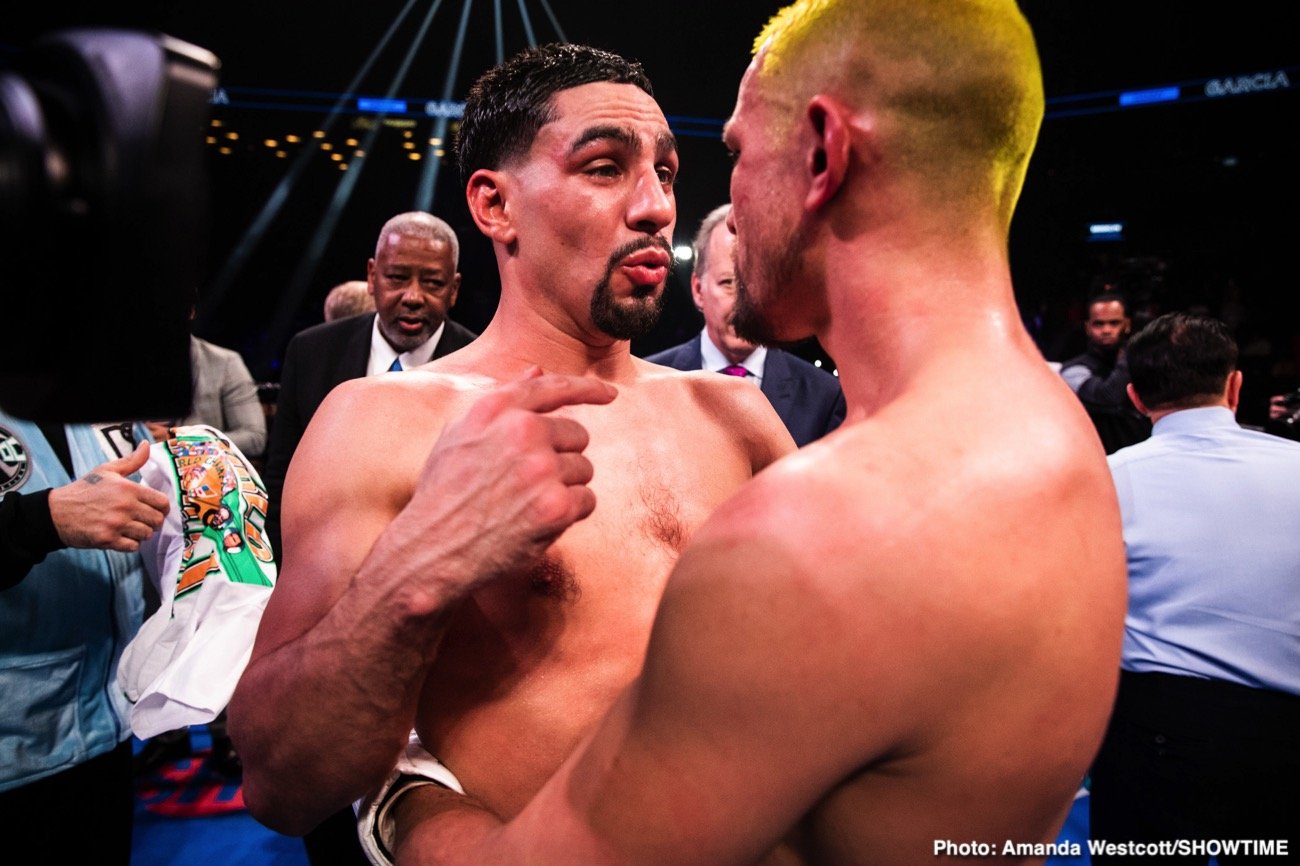 During a largely uneventful fight that saw former champ Danny Garcia pretty much coast to a wide (should’ve been a shut out decision) unanimous decision win over Ivan Redkach, a moment of controversy took place during the eighth round. Redkach, losing and losing royally, decided, in surely a fit of frustration he will now hopefully regret suffering from, to bite Garcia.

Not only did the Ukrainian sink his teeth into Garcia’s neck, he also found time to utter Mike Tyson’s name into Garcia’s ear as he did so (Tyson perhaps serving as his hero/bite inspiration; the former heavyweight king, as if you needed reminding, biting Evander Holyfield’s ear in the most “celebrated” biting incident to ever take place in the boxing ring).

At the time of the quite sickening foul (can you think of a less ethical move a pro boxer can make in a ring, short of removing, or having removed, the padding from his gloves, or maybe belting his fellow sportsman after the fight is over with?) referee Benjy Esteves failed to penalize Redkach. But now, as per a news piece from ESPN.com, the New York State Athletic Commission has done the right thing in issuing Redkach with a stiff penalty.

Not only has the welterweight contender been suspended for a full year, but he has also been issued with the max fine (to the tune of $10 grand) – and the losing fighter has also been told to forfeit his entire $300,000 fight purse.

Fair enough, and let this be an example, and a warning, to all boxers who set foot into the ring: never lower yourself to the extent that you are willing to bite your fellow man. In truth, because he is not a big name, not too many people will really care about Redkach, about whether he can come back from this episode and revive his career or not. But all the same, justice has been done.

Garcia was able to laugh about the disgraceful act his opponent was moved to make. Other fighters, Holyfield for one, were not as jovial. Maybe you think Redkach should have been given an even more severe level of punishment?