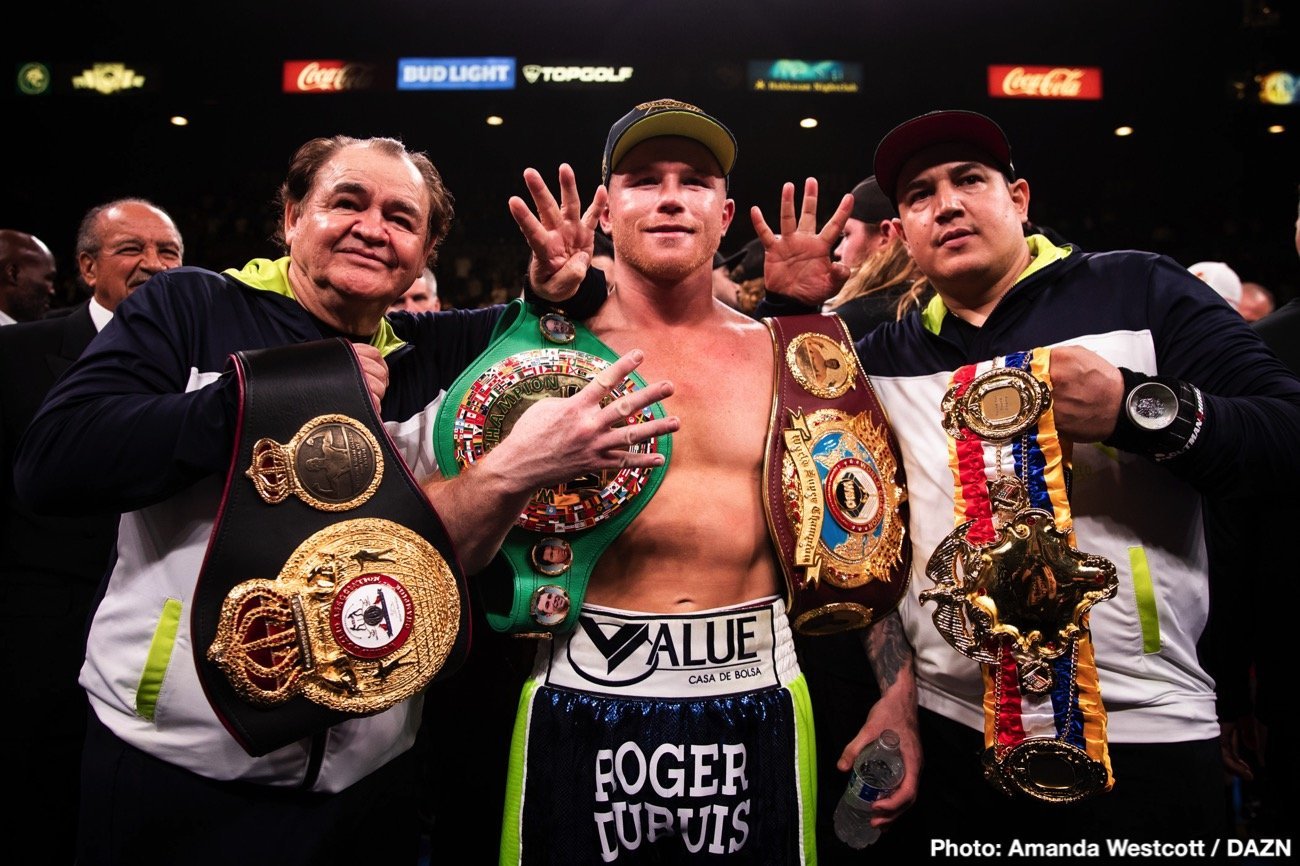 Fight fans have been reading, or hearing, for some time now how Mexican superstar Canelo Alvarez might face Japanese warrior Ryota Murata next (and not Billy Joe Saunders or Callum Smith, these being the other two fighters being seriously considered by Canelo and his team). Well, according to a news story from Forbes, which uses Japanese news outlets as its source, Canelo Vs. Murata has been agreed and is a done deal for May 24 (May 23 in America).

The fight, one that will see Canelo drop back down to middleweight following his November 2019 KO win over sergey Kovalev, a win that saw the Mexican star win a version of the world light-heavyweight title, will apparently take place at the Saitama Super Arena. No Sparring issued a tweet that was picked up by Forbes, the tweet reporting how the date and venue have both been agreed.

So, if all of this turns out to be legit, Canelo will NOT be fighting over the huge Mexican celebration that is Cinco de Mayo. How Canelo’s army of fans in Mexico, and in the U.S, will react to this is anyone’s guess. As for the actual fight, Canelo will of course enter the ring as a massive favorite to win. Murata, aged 34 and sporting a 16-2(13) pro record holds a version of the WBA middleweight title. The two defeats came at the hands of Hassan N’Dam N’Jkam and Rob Brant, and both decision losses were soon avenged by stoppage.

Murata is tough, he can punch and he has an exciting, fan-friendly style. In other words, Canelo, 53-1-2(36) will not have to go looking for him. The fight will take place on a Sunday evening local time and Canelo can expect a huge crowd and plenty of attention while he’s in Japan. The Japanese fans love their boxing – and they sure have some superb fighters of their own currently wearing world titles and putting on thrilling fights – and Canelo will likely get the full-on star treatment over there. Even if he is the visiting fighter.

A Canelo stoppage win looks a good bet, but the action promises to be lively, and extremely watchable, while it lasts.