Sandor Martin (38-2, 13 KOs) weighed in at 144-lbs for his 145-lb catchweight fight against heavy favorite Mikey Garcia on Friday afternoon for their 10-round bout live on DAZN at Chukchansi Park in Fresno, California. 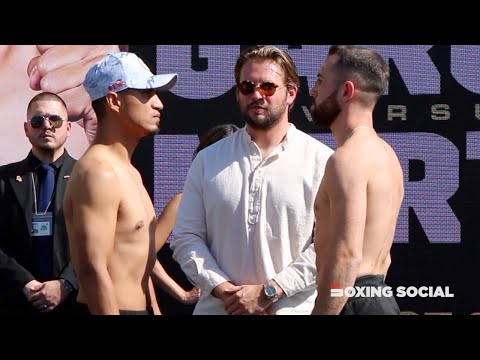 It was a little strange seeing Mikey thin for a change, as he’s been chunky for the last year and a half since his last fight in February 2020.

He looks more athletic and mentally engaged in the 140s than he did when he was carrying around a lot of fat, looking like he was close to 190.

This fight needs to bring in a lot of subscribers on DAZN to increase the chances that Mikey gets the fight with Regis Prograis next. It’s possible we won’t see that fight if Saturday’s Mikey vs. Martin fails to bring in big numbers.

Mikey’s career has been on the downside for many years, as he’s moved up in weight and seems more focused on setting up big-money fights against guys that he has no chance of beating. We already saw Mikey suffer a one-sided decision loss to Errol Spence Jr. in 2019 at 147.

During Mikey’s best years when he was still focused on winning world titles, he beat these excellent fighters:

Mikey can’t afford an off night

“Josh Taylor. Josh Taylor is the man at 140. So why go around him and why fight anybody else?” said Mikey Garcia to iFL TV on who he wants to fight at 140.

“There’s no other fight bigger than that. If that fight was presented to me and put on the table, you’re going to see my signature on that paper.

“Sandor Martin is a good fighter,” said Eddie Hearn to Boxing Social. “I’m not saying he’s a four-division champion but he’s a European [140-lb] champion and he’s top 15 with the governing bodies.

“When you’re looking for a fight to come back to when you’ve been out of the ring for a year and a half and it’s a guy that has headlined our Spanish shows.

“It’s a guy that’s going to drive subscribers over there as well, and more importantly, it’s a guy that is going to bring us everything. Sandor Martin is thinking, ‘I’ll take a few quid to fight Mikey Garcia and take a knee if it gets tough.’

“This is everything to him. He wants this kind of challenge, and he’s going to be well out of his depth as well. Let’s see.

“If Mikey has an off night and he’s rusty, Sandor could, if he produces a good performance, who knows?

“On paper, you look at this and think, ‘This is a pleasant return for Mikey Garcia having been out of the ring for a very long time,” said Hearn.

All the inactivity that Mikey has had makes it difficult to know if he’ll beat Sandor because he’s likely lost a lot from his game. Mikey looked faded in his last fight 18 months ago against Jessie Vargas.

“You heard Sandor Martin. ‘This is an opportunity I’ve been looking for my whole life. I would do everything I can to announce myself to the world on Saturday,'” said Hearn. 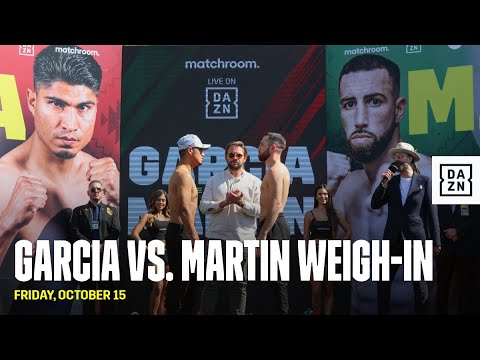 “Mikey is going, ‘We’ll get this out of the way. We’ve got the big fights coming up.’

“A pound-for-pound quality fighter. He’s just inactive a lot, and that’s been one of the downfalls of his career.

“So he wants to go out and make a statement. Regis Prograis is a great fight.

“It didn’t fit on the calendar for the money those guys wanted, but it can work in 2022 earlier in the year.

“We’ll speak to those guys and see if there’s an opportunity to make that fight.

“Honestly, I do expect a good fight on Saturday. Sandor Martin is no muck.

“I’m not necessarily saying he’s on the level of Mikey, but if he’s not up for this fight, if he’s looking past him, if he’s rusty, it’s going to be interesting,” said Hearn.

Martin, 28, only needs to push a fast pace and he’ll have a shot at outworking Mikey.