Martin (38-2, 13 KOs) has spent much of his career fighting soft opposition in his home country of Spain. Four years ago, Martin fought Anthony Yigit and lost a 12 round decision. Since then, Martin has gone back to fighting weak opposition.

Mikey has been out of the ring for an extended period of time since his win over Jessie Vargas in February 2020, and he’s really packed on the pounds.

Recently, Mikey trimmed off some of the fat accumulated on his once svelte body, but he was still looking VERY heavy in his last interview on Youtube.

It doesn’t matter that Mikey is using a catchweight of 145lbs because his opponent, #7 WBA, #12 WBO, isn’t a world champion at 140. He’s just a contender, and there’s nothing on the line for this fight.

It’s merely Mikey getting out for his once-a-year fight against another tune-up. After Mikey beats the 28-year-old Sandor, we’ll likely be done for the year.

Obviously, Mikey is wasting his potential by fighting guys like Sandor Martin and Jessie Vargas, but he’s getting paid well by DAZN, so you can’t fault him.

If they’re willing to pay Mikey top dollar to fight lesser opposition like Jessie Vargas and Sandor, you can’t give him grief about it.

The reality is the pandemic has changed things in terms of what fighters like Mikey can make. Against Vargas, Mikey made $7 million, but he’s not expected to get anywhere close to that against Martin. 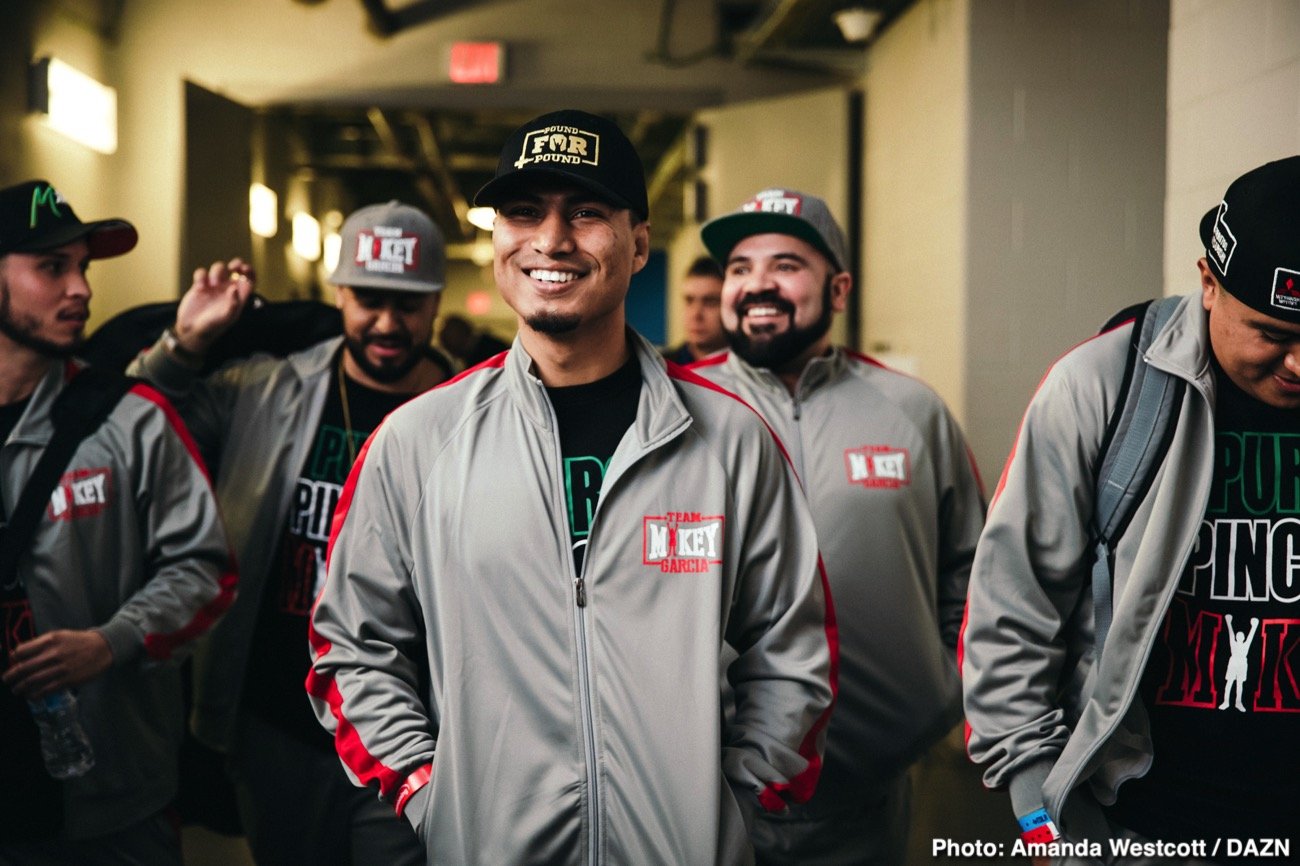 Chris Mannix reported that the reason Mikey isn’t fighting former WBA light welterweight champion Regis Prograis is that the money that he was offered for the fight didn’t match the $7 million that he got for the Vargas fight. The combined purses for Mikey and Prograis don’t even match the $7M that he got for fighting Vargas.

The pandemic has changed what the network platforms are capable of paying fighters. So for them to make sure they get close to what they were getting in the past, they’ve got to fight the best. Well, Mikey certainly isn’t going that by fighting Sandor Martin. Would Mikey have made more money if he fought Prograis? Probably, but it would have been a risky fight for him, and he might have lost.

It’s not a good idea for Mikey to take tune-ups year after year, thinking that the pandemic will disappear, and he can go back to making the kind of money he got for the Vargas fight.

The pandemic may stay around for many years, and Mikey, 33, doesn’t have that much time to wait it out. Moreover, DAZN might get tired at some point if Mikey is taking low-level opposition for easy paydays.

DAZN needs to have a cut-off point of what they’re willing to accept as a main even fight. Mikey vs. Sandor Martin would be a good undercard fight, but definitely not the main event.