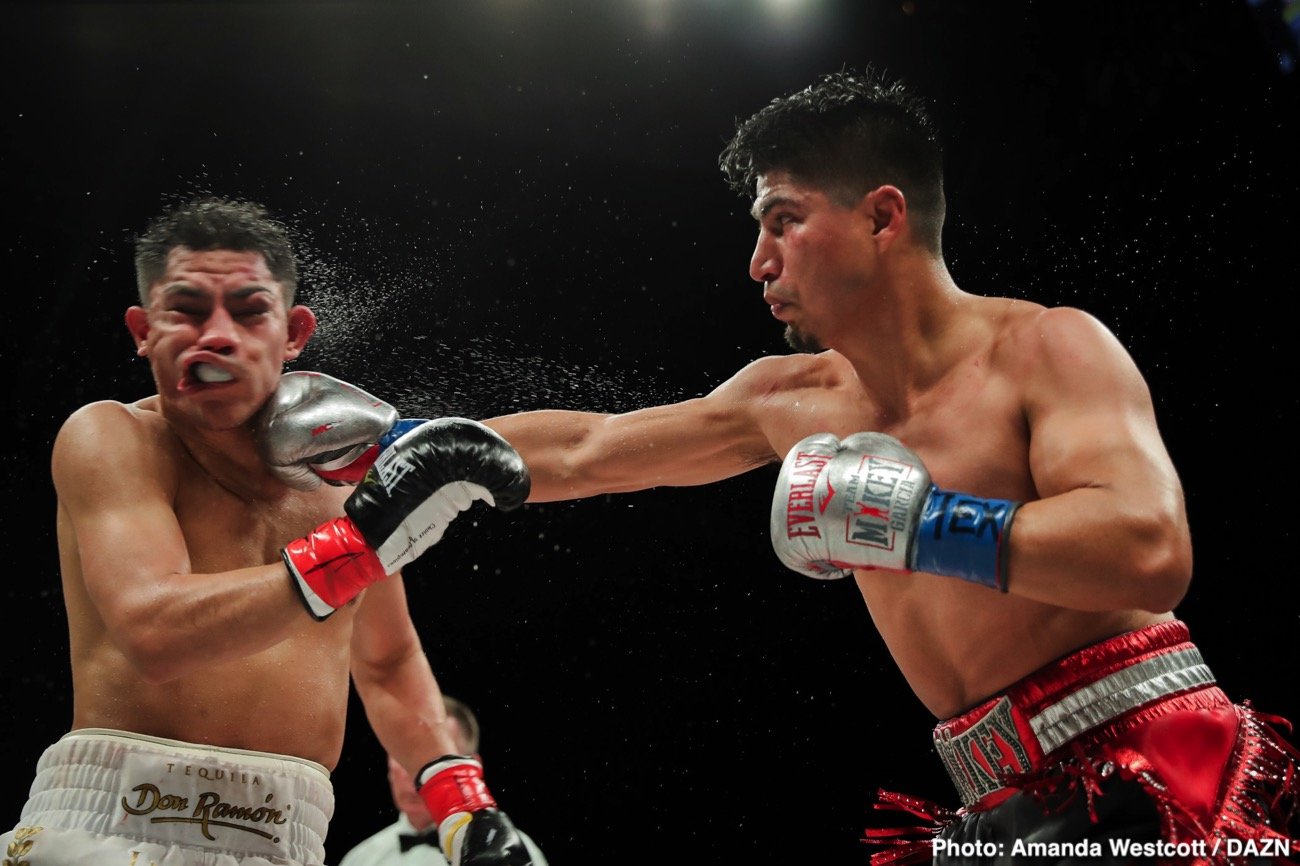 Rewind to March of last year, and Mikey Garcia didn’t look to have much of a future at 147 pounds. Having made the ‘dare to be great’ move of challenging welterweight champ Errol Spence 11 months back, Garcia was handed a one-sided beating, one that had fans and experts calling for Mikey to drop back down, either to 140 or even back to 135.

But last night, in handing former WBO welterweight champ Jessie Vargas a 12-round defeat that saw the tough and solid Vargas hit the mat along the way, Garcia proved he has got what it takes to beat elite 147 pounders. Or did he? You have no doubt made up your own mind. But Garcia, 40-1(30) looked strong last night, he showed power and speed and he and Vargas gave us fans some great action. What next for Mikey, then?

The former four-weight champ is staying put, that’s for sure, and in post-fight interviews the 32 year old gave, he called out a number of welterweights – including Manny Pacquiao, Spence, and, perhaps most intriguingly, Terence Crawford. In fact, Garcia said he is ready to fight “anybody.”

There has been talk of a Pacquiao-Garcia fight for some time and Freddie Roach has said he would like to see Manny get it on with Mikey. Spence has yet to return from the bad car smash he suffered in October (and despite how good he looked last night, a Spence-Garcia II would no doubt prove a tougher than tough sell), while Crawford is promoted by Top Rank, with whom Garcia is, shall we say, not on best terms with (having sued TR to get out of his contract with the company back in 2014).

But, as per a story over at Ringtv.com, Garcia is ready to put that aside and fight Crawford. “If Terence is available, we’d definitely like to get in the ring with him,” Garcia said. “Sometimes we have to put aside our differences in order for the fans to enjoy the right fight.”

And we’d sure enjoy seeing a Garcia-Crawford fight, wouldn’t we? Two superb fighters, both around the same age and both wanting to fight the best. Crawford, 36-0(27) has fully settled into the 147 division, having boxed there since June of 2018, while to repeat, Garcia sure looked like he belongs at the weight last night. Crawford Vs. Garcia – who do you like? Pacquiao Vs. Garcia – who do you like?

As for Vargas, 29-3-2(11), he can come again. Never stopped, 30 year old Vargas more than played his part in a great action fight last night.