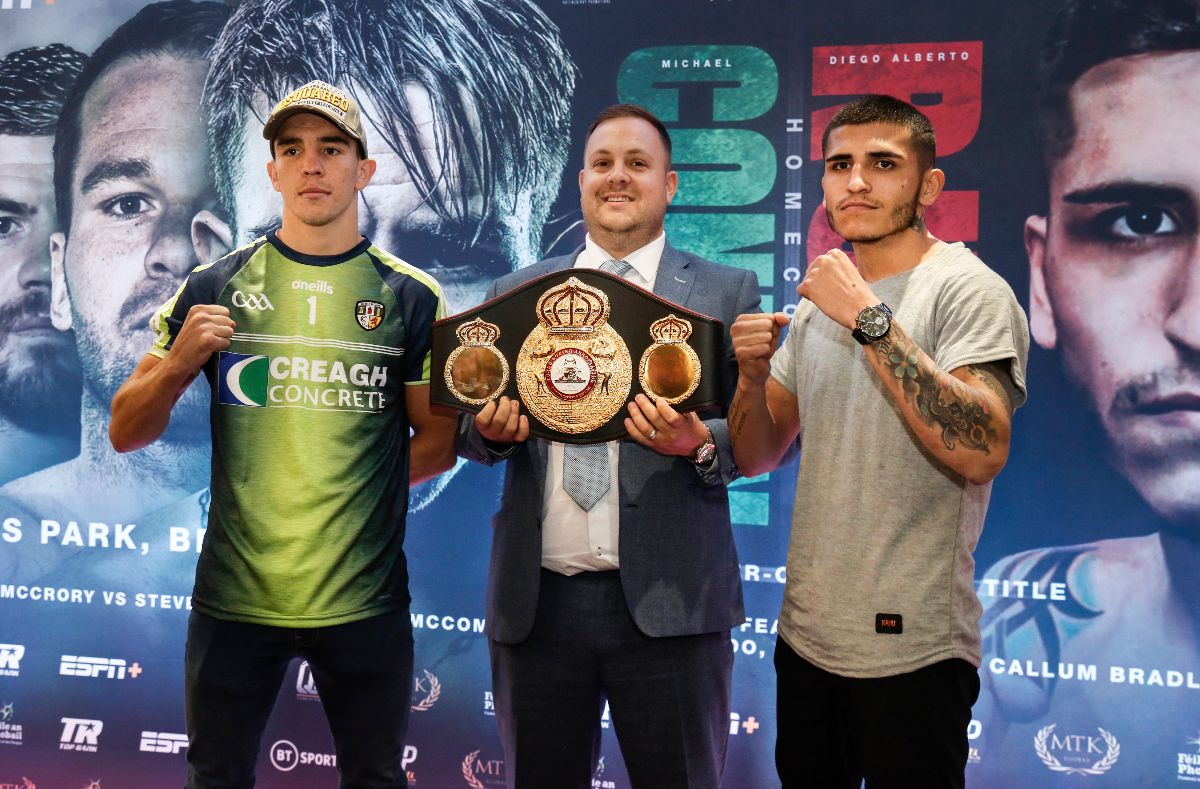 Michael Conlan has promised that everyone will see the best ever version of himself when he faces Diego Alberto Ruiz on the huge #MTKFightNight at Feile an Phobail on Saturday.

The incredible sold out event at Falls Park is main evented by Conlan facing the toughest test of his career so far when he takes on Ruiz, and will be live on BT Sport in association with Queensberry Promotions, and ESPN+ in association with Top Rank.

Michael Conlan: “I’ve had a target on my back since the amateur days. Even when I came into the professional ranks there were expectations on my shoulders. I know how to deal with the pressure.

“This is obviously different and something bigger than I could have ever imagined, but I just plan on going in there and enjoying it. When I get into the ring it’s all business.

“Over the last six or seven months everything has clicked. I’ve been in training for this fight since April, and I’ve learned so much. I believe this is a coming out party for me and it’s the best Michael Conlan you’ll see.”

Trainer Adam Booth: “I want to see the progression and want to see what Michael does in the gym when he’s out in the spotlight. It’s all about the evolution of him as a fighter, and this is an event to match it.

“This event is extremely popular, and he’s fighting a guy who is better than anyone he’s boxed so far in his career. This is a special event, and my job is to ensure he does his job and that he performs how he’s supposed to perform.”

Diego Alberto Ruiz: “I know Michael Conlan very well and he’s a very quick and fast boxer. He’s had a fantastic amateur career but we’ve come here to win this fight and that’s what we’ll do.”

“People that don’t know me or Jenkins, tune in and you’ll be a big fan of both of us once this fight is done, that is guaranteed.”

Chris Jenkins: “I’m in a great place since I’ve stepped up to this weight class. I’ve worked too hard to get into this position and I won’t be giving this belt away.”

Luke Keeler: “This fight with Arias is the next step that I need. I had a few wins over Conrad Cummings and this is the right timing and the right step before world titles.

Hearn On Saunders And His Chances Of Beating Canelo: He Has No Fear, He's A Bit Crazy

“He’ll be the best guy I’ve been in against but he’s going to come up short on Saturday. He’s underestimating me and that will show on Saturday.”

Luis Arias: “I’ve done my homework on Keeler and I don’t think he’s ready. I like to back my things up with facts. I fought a world champion at 27, when he was 27 he was fighting bums. The experience will be a big factor.”

Padraig McCrory: “I’m really looking forward to this fight with Steve Collins Jr. I think the name ‘Steve Collins Jr’ is better than what Collins Jr actually is, so this will be a good name on my record.”

Steve Collins: “I feel good and feel strong at this weight. I’m well hydrated and I couldn’t believe how easy I’ve made 168 lbs.

“I carry the strength and the power over from cruiserweight to super-middleweight and he’ll realise he’s made a mistake taking this fight.”

Sean McComb: “I’m expecting a good fight against Renald Garrido. It’s a good step up at the right time and I think it’s good matchmaking at this stage of my career.

“I’m 7-0 and haven’t even been professional a year, so I’m moving fast and enjoying the journey. Garrido will be a come forward fight and is tough, but I believe I’m better in every area.”

Paddy Barnes: “The plan is to move down to light-flyweight and I think I’ll be as successful at this weight as I was as an amateur. My record says 5-2, but I’ve boxed a world champion and fought people with good records.

“I could be sat here 12-0 fighting bums but I don’t want that. We move on and we’ll push to light flyweight and try to be as successful as I can.”

MTK Global Professional Development Coordinator Jamie Conlan: “Boxing is a major part of Belfast, especially West Belfast. It was always a safe haven for us as kids. Boxing is a saviour for a lot of kids growing up, and the Feile is the same.

“It’s given the people of West Belfast something to look forward to in the summer, so to combine the two together is fantastic.”

Promoter Lee Eaton: “The venue is absolutely unbelievable. It’s an incredible occasion, and it’s a stacked show. I’m absolutely buzzing to be a part of it and it’s an amazing night. It’s sold out now and we’re really looking forward to it.” 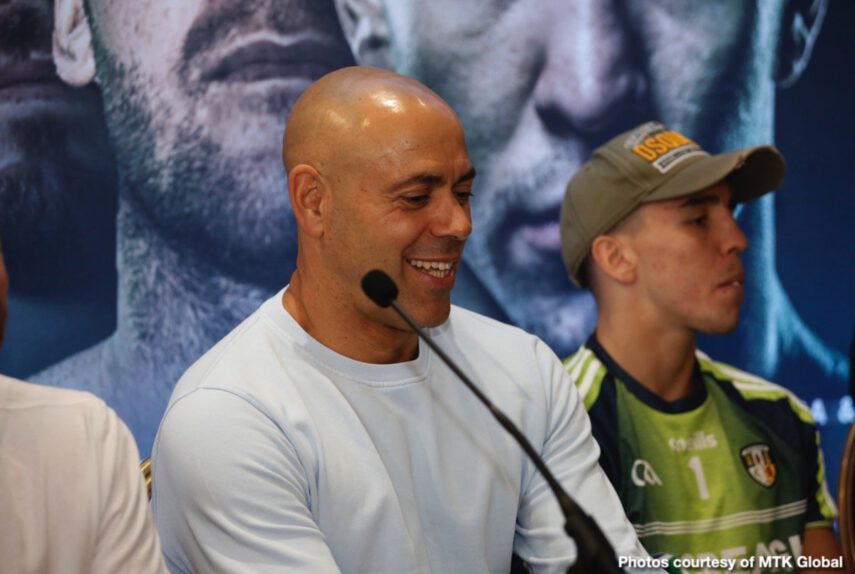 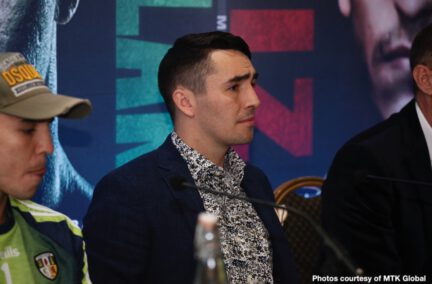 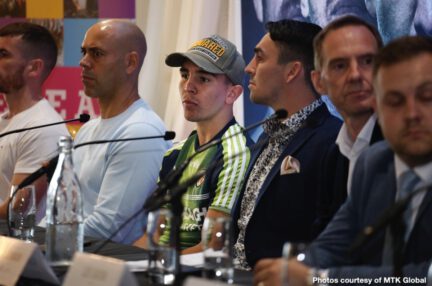 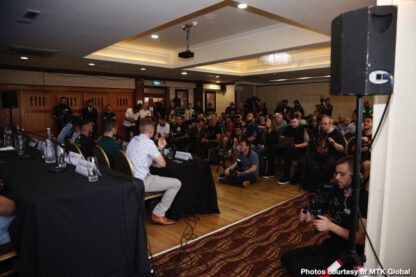 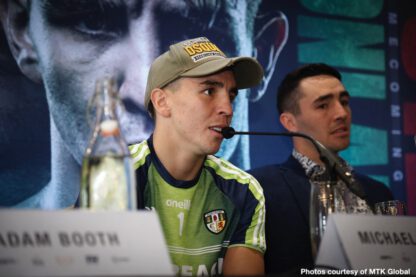 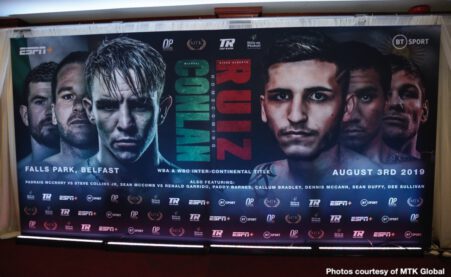 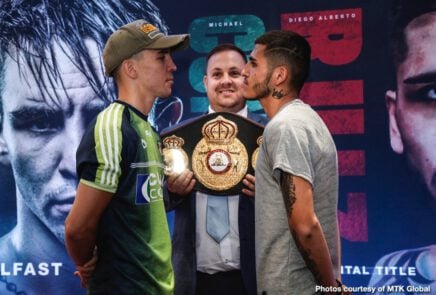 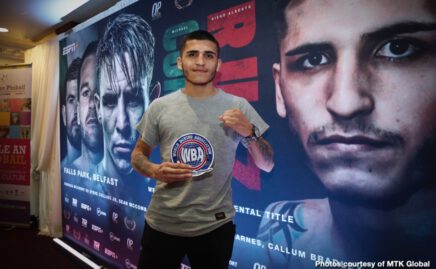 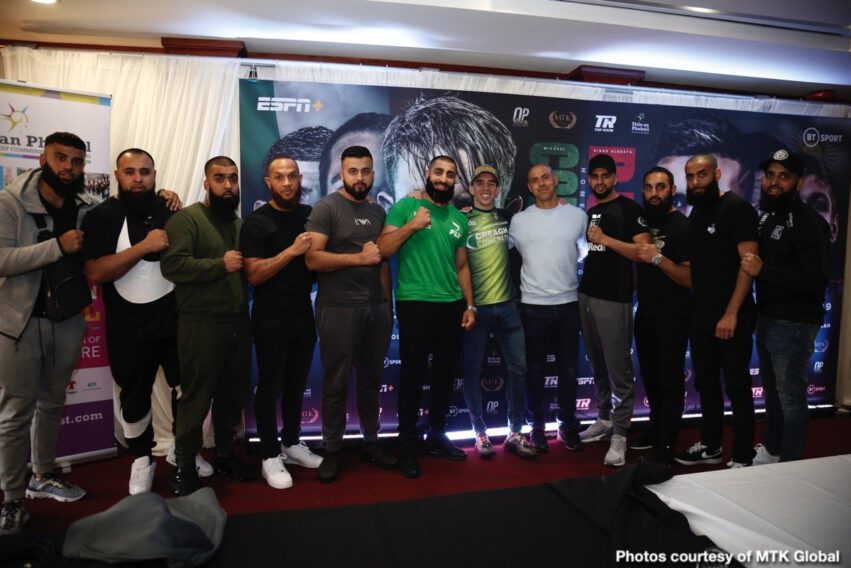 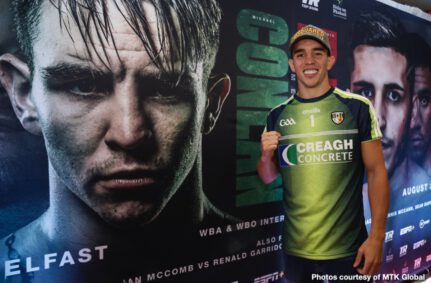 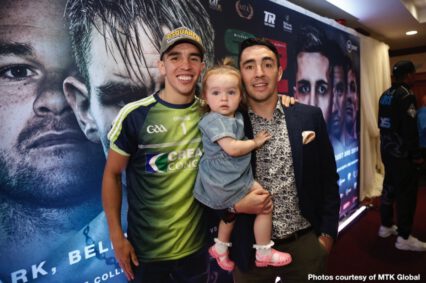 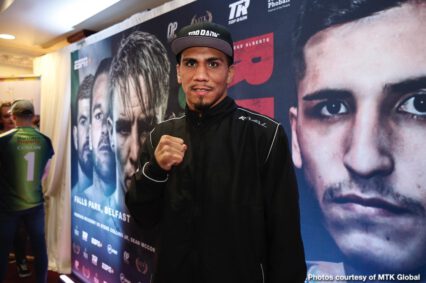 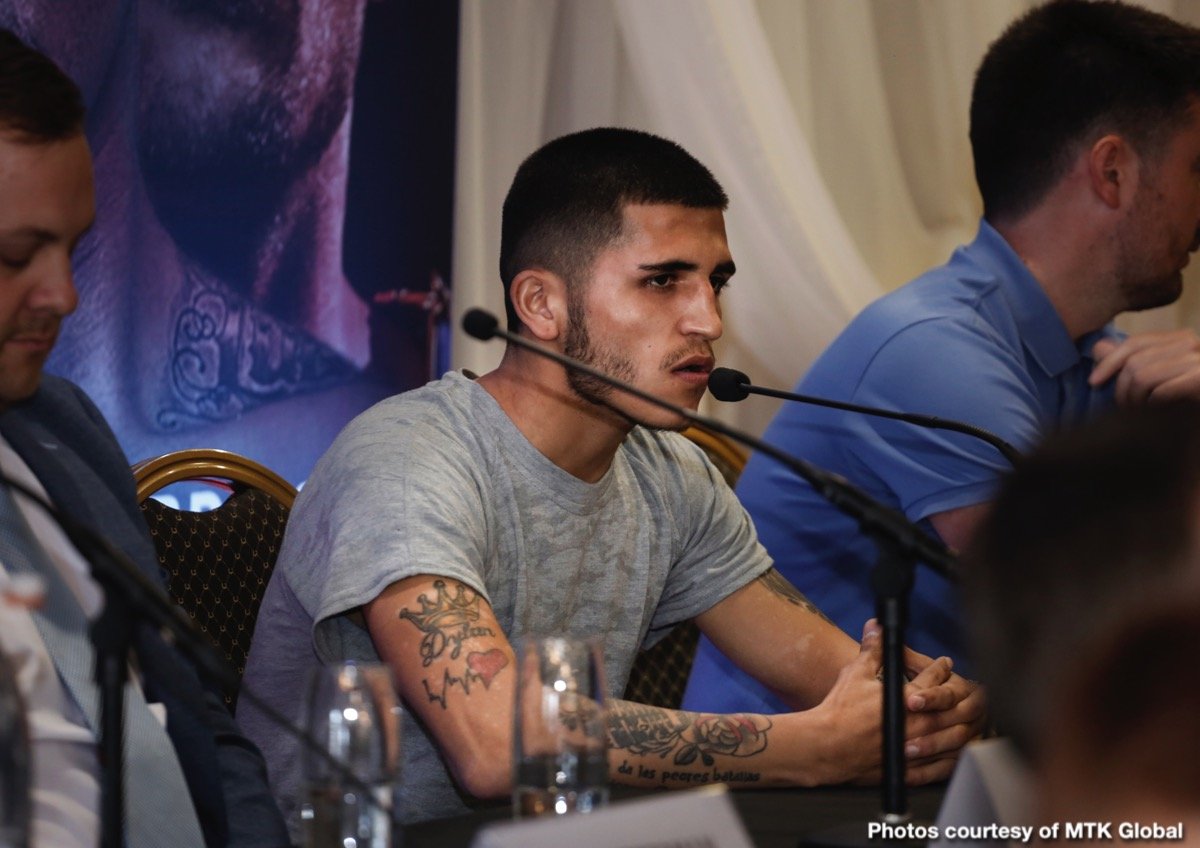 The historic #MTKFightNight at Féile an Phobail on Saturday featuring Michael Conlan’s clash with Diego Alberto Ruiz has now officially sold out.

The massive card at Falls Park in Belfast has gripped everybody’s imagination – with all of the tickets now snapped up ahead of this weekend’s incredible spectacular.

MTK Global Professional Development Coordinator Jamie Conlan said: “It is fantastic news that this weekend’s massive MTK Fight Night event at Feile an Phobail is now officially sold out. This is a historic event not only for Belfast but for Irish boxing as a whole, and it’s going to be one to remember on Saturday.

“It’s a huge card packed full of local talent, so we’re excited to see the incredible atmosphere that the passionate fans display at Falls Park.”

Kevin Gamble, Féile an Phobail Director, added: “We are delighted to announce today that the Michael Conlan Féile Fight Night this Saturday has now sold out completely.

“Saturday at the Falls Park is going to be an unbelievable occasion with an incredible atmosphere. Millions of people across the world will be watching live. This is a fantastic advertisement for Belfast!”

The incredible event at Falls Park on Saturday is main evented by Conlan facing the toughest test of his career so far when he takes on Ruiz.

Michael Conlan will take on a new foe

News of the withdrawal of Russian rival Vladimir Nikitin, who has torn a bicep, broke on Thursday night but far from taking an easy alternative, Belfast hero Conlan will take a bigger step up in front of #TheConlanRevolution fans.

MTK Global Professional Development Coordinator and brother of Michael, Jamie Conlan said: “These things happen in boxing and we’ll now be looking to bring in an opponent that’ll be a harder fight than Nikitin would have been.

“In some ways, Nikitin was a step back in terms of level and we all know it’s a match-up based on sentimentality. Instead, we’ll now seek a fight that will push Mick up the rankings quicker. It’ll be the hardest fight of his career.

“We are already in discussions with some high-class opponents to step up to the plate and we’ll be bringing the public news on that – along with further attractive match-ups on the bill – as soon as we can, so stay tuned.”

Some of the cream of Irish boxing is already confirmed for the unique event with the likes of Paddy Barnes, Sean McComb, Alfredo Meli vs. Araik Marutjan, Padraig McCrory, Callum Bradley, Seanie Duffy and Dee Sullivan all set to star.