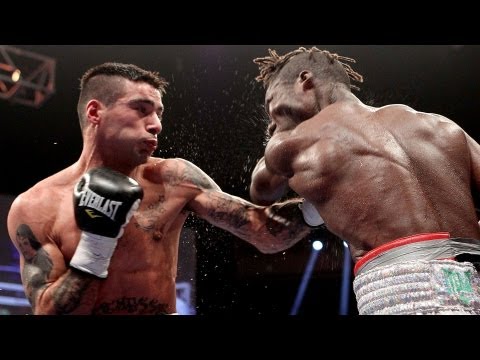 In the second half of the fight Ajose seemed to gain more confident, and seemed to have won round 7 and round 8 could have gone either way. Matthysse stepped up the pressure again after that and seemed to tighten up his own defence. The 10th round ended like the majority of the other rounds, with a flurry of hard punches coming from Matthysse and finally two big right hands had Olusegun on the deck. Mora had no hesitation in stepping in.

Matthysse deserves huge credit and beat a very tough fighter who could still challenge for a world title. Olusegun though may have left the ring receiving the most credit. A fighter with a huge heart and one i can see the American boxing audience taking a huge liking to. The only sad thing was that he didn’t get to hear the final bell, because after that performance, it was the least Ajose Olusegun deserved.