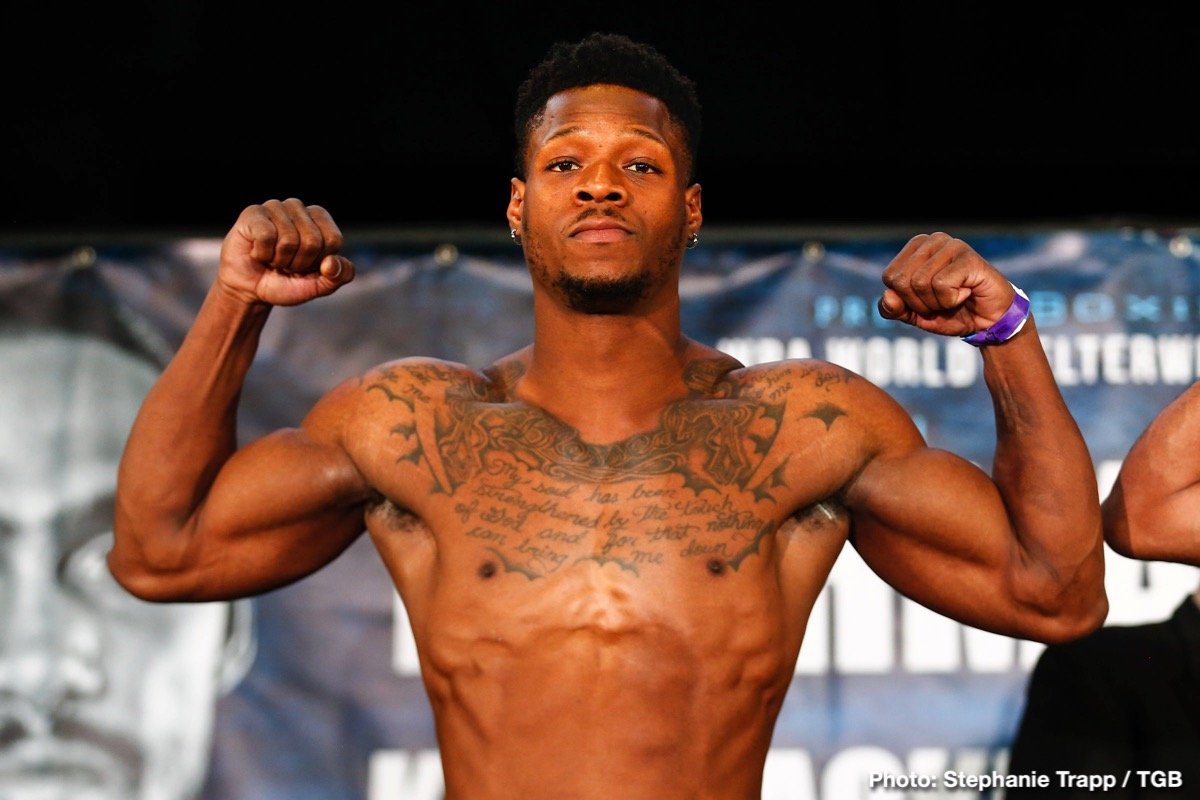 Various reports on a number of boxing web sites have reported the news that Marsellos Wilder, younger brother of course of reigning WBC heavyweight champ Deontay Wilder, has failed a drugs test. Wilder, a cruiserweight, has had his last fight, a March 16th win over Mark Sanchez, demoted to that of a No Decision (as per BoxRec).

So far details are pretty sketchy and we do not know what the 29 year old tested positive for or how long he will be suspended for as a result of failing his test. Wilder returned from a shock KO loss against William Deets, who upset him in January of this year, and seemed to get back to winning ways against Sanchez. Now, however, Wilder’s career could be in serious jeopardy.

Deontay Wilder, who is a vocal critic of drug taking in boxing, is certain to be most unhappy and upset at what his brother has done (again, we do not yet know just what Marsellos tested positive for – it was perhaps marijuana or something else that is not actually a PED). Wilder, who saw two of his fights fall apart due to his scheduled opponent testing positive for an illegal substance, has always been a 100 percent clean fighter, passing all of his own tests without any issue at all.

Boxing fans have of course long since grown weary of reading about a big-name fighter failing a drugs test. It has all but reached epidemic proportions and this latest bad example, though it does not involve a world champion or a big name, is sure to get full publicity due to Marsellos’ last name.

Wilder, who went pro in May of last year, was 4-1(3) before the failed test, and his record now reads 3-1-0 with 1 No Decision. Who knows what the future has in store for the 29 year old cruiserweight. Deontay Wilder has yet to comment on the situation, busy as he is getting ready for his May 18th fight against WBC mandatory challenger Dominic Breazeale.