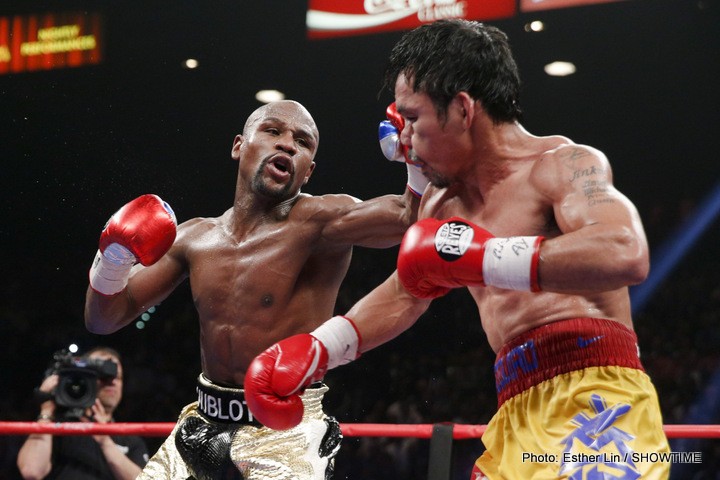 Great fighters from the past told tales of how they received a premonition ahead of a big upcoming fight through a dream – the legendary Sugar Ray Robinson, for example, revealed how, ahead of his tragic fight with Jimmy Doyle, he wanted to pull out of the fight because he had a vision of Doyle’s death – and Manny Pacquiao has done the same thing.

Speaking with The Telegraph, Pac Man said he knew he would lose to Floyd Mayweather and that he also knew he would be KO’d by Juan Manuel Marquez in their final fight. Manny says he received such information through pre-fight dreams

“I am in training for the Mayweather fight…..in L.A. One month before the fight , I had a dream,” Pacquiao said. “And my dream is the fight with Mayweather, and in that dream I lost the fight. On Marquez fight, I never felt bad [about] what happened because I saw that one week before the fight. After the fight, if you watch the fight, when you review the fight, when I’m in the ring, I just smiled because I remembered my dream. It’s a message. It’s a favour, I’m so thankful because God told me ahead of time [to be prepared].”

Interesting stuff. And, also of interest, is the fact that Manny reportedly told both his advisor Michael Koncz and his publicist Fred Sternberg about the dream he had ahead of the Mayweather showdown. Pacquiao has of course said quite a few things about the Mayweather fight and his decision loss in “The Fight of The Century” in May of 2015. Pacquiao has even gone on record as saying he doesn’t believe he really lost to Mayweather. Now here is Manny stating how he knew ahead of time he would lose to Floyd.

Pacquiao is ultra confident going into his next fight, against Australia’s Jeff Horn in Brisbane on July 2. What dreams might the deeply religious boxing superstar experience ahead of this fight? Plenty of people expect Pacquiao to score his first KO win since November of 2009 against the unbeaten Horn.