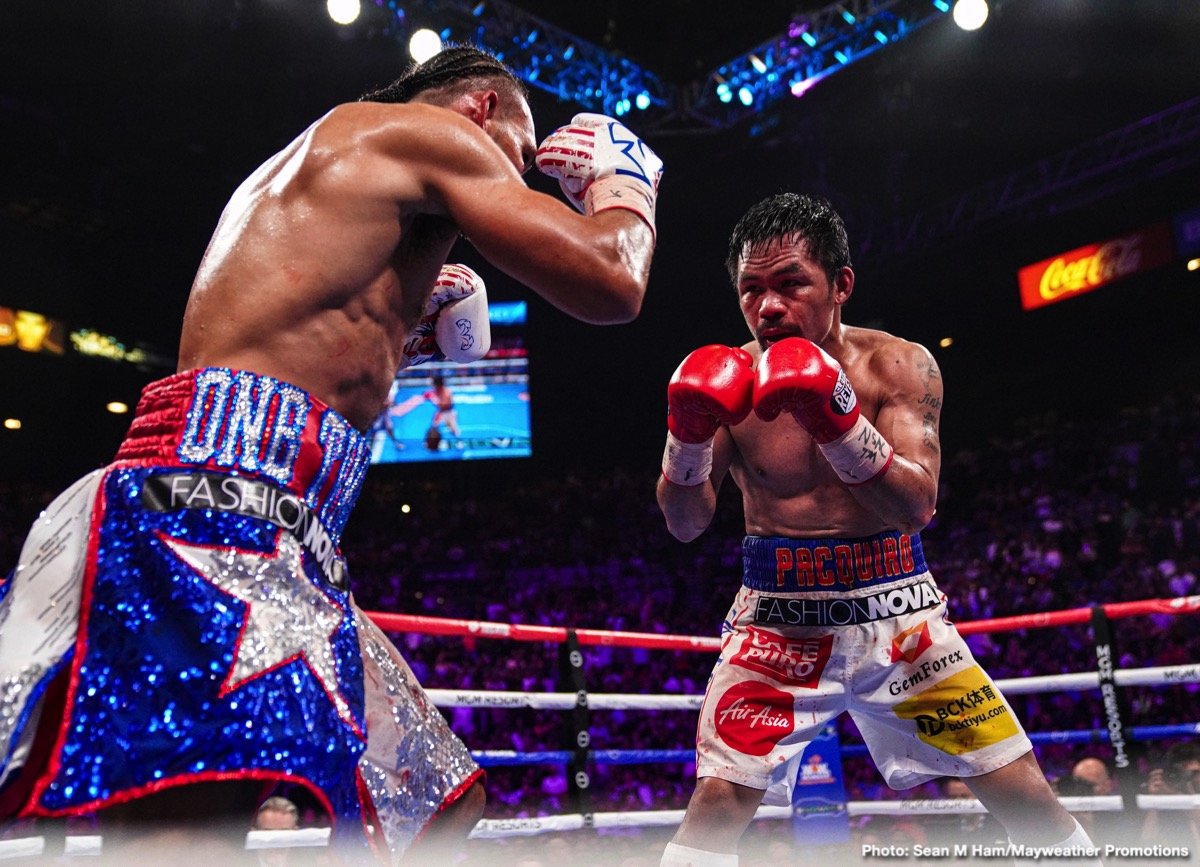 The word from the Philippines is superstar Manny Pacquiao is back in serious training. The 42-year-old living legend announced back in February his intentions of fighting again, and he started some light training on his own.

But now, as per a report from Rappler, Pac-Man has been joined by regular trainers Buboy Fernandez and Nonoy Neri. According to Neri, Manny, who will turn 43 this year, is “still fast and strong” like he always is when starting a training camp.

“He will become even stronger and faster as training progresses,” Neri said. But who is the all-time great training for?

The way Neri speaks, Team-Pacquiao are getting ready for Terence Crawford. “It’s a good match-up, and we have to prepare for this,” Neri said. “The Senator must be in optimum form against Crawford.”

Of course, nothing is official as far as Pacquiao taking on Crawford, the reigning WBO welterweight champ and pound-for-pound entrant.

This fight has been spoken of for some time, but until it’s signed, sealed, and delivered, we fans will only believe it when we see it. But Pacquiao is back in serious training for a fight with someone.

Fernandez and Neri have traditionally worked with Manny in the initial phase of training camp, with strength and conditioning guy Justine Fortune coming on board soon after.

Whoever Pacquiao fights in his seemingly imminent ring return, it will be a big deal. Manny is one of the few genuine superstar boxers currently active.

If it is Pacquiao vs. Crawford, it will be one of the biggest, most talked about and reported on fights of the year. Can Pac-Man possibly defeat Crawford?

It’s already been said by some – trainer Robert Garcia most notably – that, if he can, Pacquiao will go down as perhaps the single greatest fighter ever.

Pacquiao, already ranked by many as one of the top-10 greatest fighters in boxing history, is currently 62-7-2(39), and he last boxed in July of 2019, when he won a decision over Keith Thurman. Crawford, a three-weight ruler, is currently 37-0(28), and he last fought in November when he stopped Kell Brook in the fourth round.

11 thoughts on “Manny Pacquiao Back In Training With Buboy Fernandez, Nonoy Neri – For Terence Crawford Fight?”