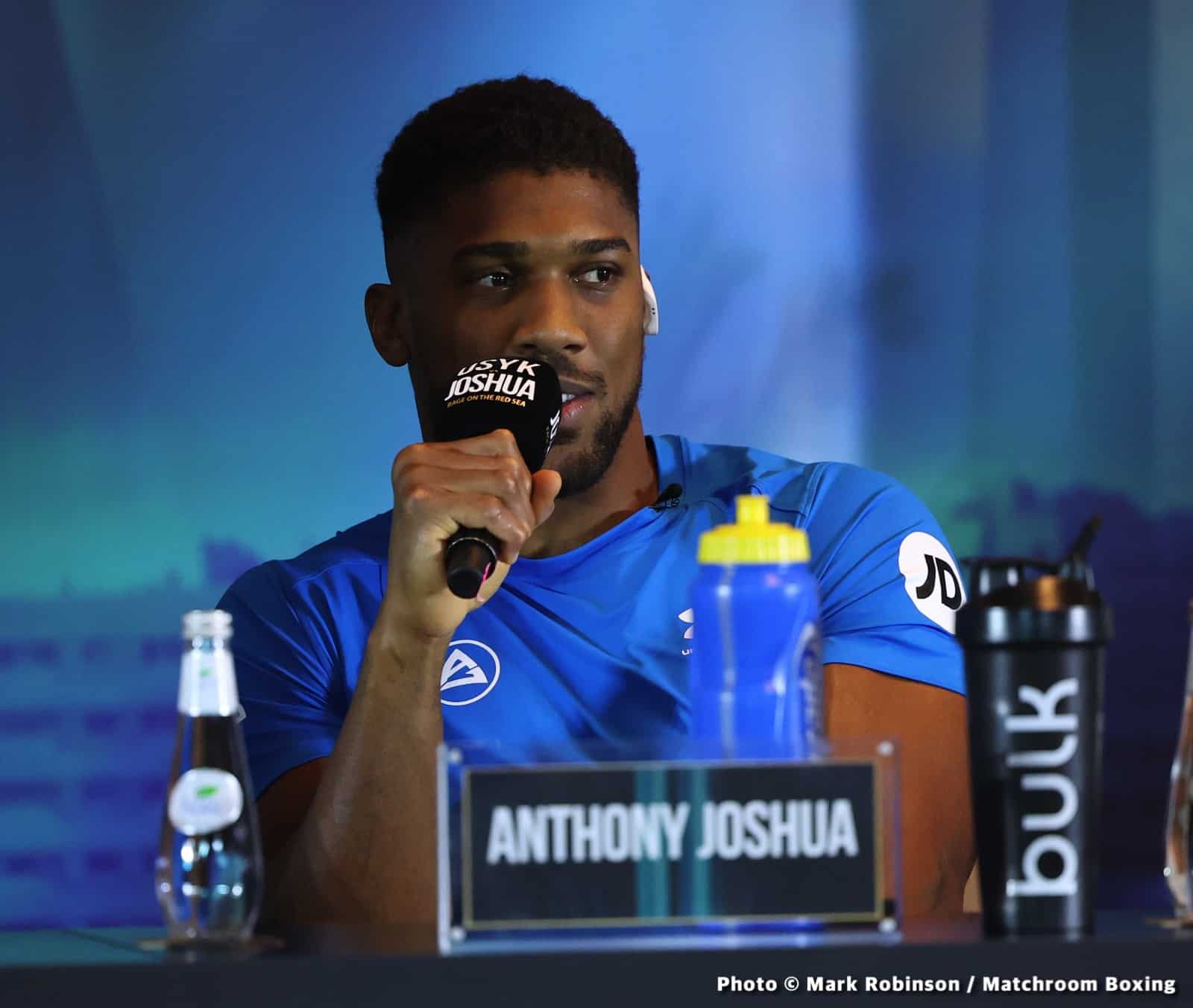 Just who will former two-time heavyweight champ Anthony Joshua fight when he launches his latest ring return? The date being spoken about for AJ’s comeback is April 1, and though nothing is confirmed yet, the frontrunner as far as a name goes is unbeaten Australian southpaw Demsey McKean.

And this is not something Malik Scott is happy to hear. Scott, trainer of course of Deontay Wilder, has accused AJ of not only ducking a huge fight with Wilder, but of also swerving his heavyweight Gerald Washington. There have been some rumours that suggested AJ might fight Washington in his ring return, but Scott feels Joshua will instead go another route.

“At one time it looked like we’re getting ready to get a Deontay-AJ fight made, then you hear AJ and his team want to do other things. It seems like he’s ducking all my heavyweights,” Scott said. “You have got to fight one of my heavyweights, man, we’re waiting on you over here. You’re ducking Deontay Wilder, Gerald Washington is ready to fight right now, in top condition, mentally and spiritually and physically.”

As we know, and has been said before, Joshua is such a huge star in the UK, he could, without being guilty of exaggerating, fight just about anybody in his new comeback and the fight would be a sell-out. And there is plenty of feeling out there that says Joshua will look for one, maybe two “easy fights” as he attempts to rebuild after those two humbling and frustrating decision losses to Oleksandr Usyk.

In terms of McKean and Washington, 20-5-1(13) and last seen being stopped by Ali Eren Demirezen, this a year ago, both guys would be looked at as “safe” opponent for Joshua. Of the two, who would YOU prefer to see Joshua fight on April 1 (April Fool’s Day of course!) – the unbeaten but untested McKean, or the experienced but past his best Washington? Or maybe you would much prefer to see Joshua fight somebody else entirely. What kind of a 2023 will AJ end up having, and will we EVER get to see that Wilder fight?