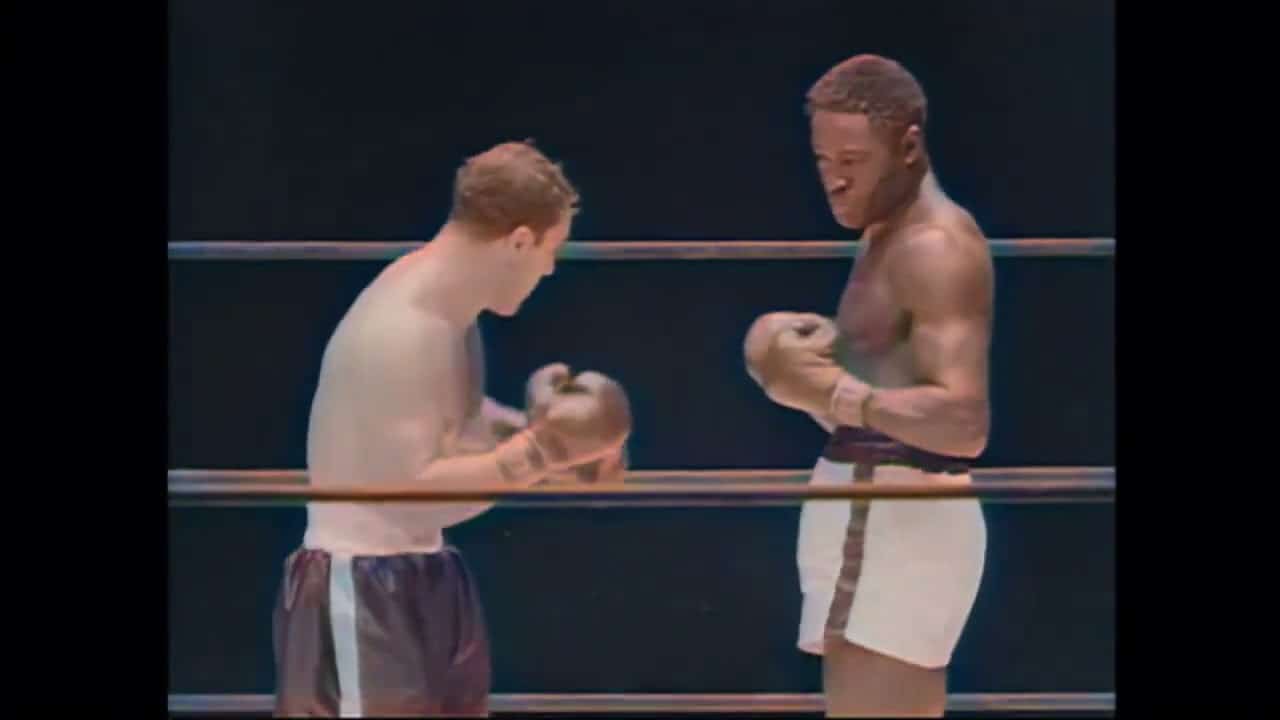 Imagine two great fighters such as Ezzard Charles and Archie Moore fighting each other, no less than three times, with no world title on the line on either occasion. Such a thing would of course be unheard of today, when a veritable multitude of world titles are up for grabs; to say nothing of the fact that the best fighting the best is more and more a rarity these days. But Charles and Moore – arguably the two finest, greatest, most special 175 pounders in the history of the sport – fought one another three times, each time in a ten round fight, this from May of 1946 to January of 1948.

Nothing much more than pride and an effort at proving who was the best was on the line in each fight; fights that would not have benefitted at all by having some Mickey Mouse title there for the taking. Charles and Moore both knew they were good, or better than good, and they gladly swapped leather over the course of a scheduled 30 rounds in an effort at proving it.

It was on this day back in 1948, some 75 long, long years ago, when “The Cincinnati Cobra” and “The Ole Mongoose” fought their third and final fight.

But first came the initial clash of future and all-time legends:

Fight-one took place in May of 1946, in Pittsburgh, and it was a non-title bout scheduled for ten rounds. Charles, 38-4-1, inflicted the first of his three defeats on Moore with a commandingly wide unanimous decision. He also decked the ageless one with an extremely hurtful body shot in round eight. Moore, an amazing 80-11-5, barely beat the count, rising at nine. 25 year old Charles had given the 32 year old, or 29 year old (depending on the source) Moore a clear and undisputed beating.

The following year, again in May, they met again. This time the fight was held in Charles’ hometown. Not that he needed the advantage. This time, Charles captured a majority verdict. Also as in the first meeting between the two light heavyweight greats, Charles put Moore down with a body shot, this time in the seventh-round.

It just didn’t seem as though Moore, as good as he was, could gain the upper hand over the younger man. Still, this didn’t stop him from trying. For although nowadays the overwhelming urge of many a boxer would doubtless be to avoid such a tough foe, this was not the way of things for fighters back in the 1940s. Especially black fighters.

Fight-three came just short of a year later. This time they met in Ohio. What followed was probably the best fight of their three fight series. Both men started fast and the pace remained unaltered throughout. In this bout, Moore saw his best chance of victory pass him by. He had Charles walking on queer street in round number eight, and was seemingly a punch or two away from at last defeating his nemesis – and by knockout.

Yet somehow Charles recovered his senses and came back with some devastating blows of his own to sensationally KO “The Mongoose” in the very same round. The finishing punch, a right cross, was described as being absolutely perfect.

This win finally convinced Moore that, special as he was, he simply could not find a way to beat Charles. Both men went about their careers from then on without hooking up again. And both men’s finest accomplishments were still ahead of them, too. It is worth repeating how amazing it is that these two supremely talented light heavyweights were squaring off with one another – three times – before even fighting for a world title!