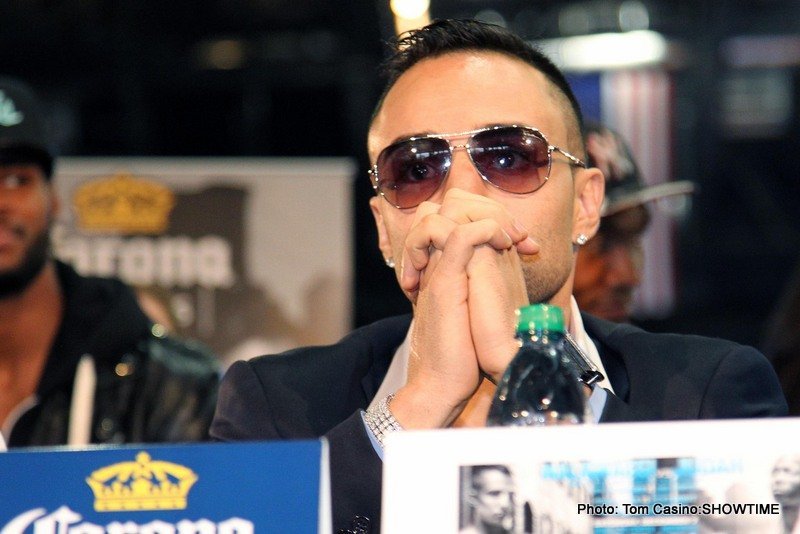 Paulie Malignaggi is confident that Conor McGregor’s best pay day lies in boxing and with a fight with himself.

Speaking to The SportsBar Life podcast, Malignaggi, a former two division world champion, explains why a fight with him and McGregor would make the most financial sense for the two division Ultimate Fighting Championship (UFC) title holder and that he is avoiding his biggest payday by not fighting him.

“This is a guy who is going to avoid major money by not fighting me in boxing. At the end of the day, you are never going to make Mayweather money ever again. But because the boxing ring has the Ali Act in the United States, you keep more of a percentage of your money in boxing than you will in Mixed Martial Arts in the United States.”

Talk of Conor McGregor’s next opponent is certainly a hot topic at the moment and after Tony Ferguson submitted Kevin Lee to capture the UFC interim lightweight title over the weekend, the promotion has stated that a fight between McGregor and Ferguson is the fight to make next for the Irishman.

As far as money is concerned, Malignaggi is adamant that despite big fight opportunities in the UFC, a fight with him will make the most dollars for the McGregor as “he cannot make any more money against anybody in MMA. The other guys who are a threat to him pay too little money and Nate Diaz who also is a threat and has a built in storyline, will want more money and also is a Mixed Martial Arts fight where Dana White can keep the largest percentage of the money without having to pay anything for it.”

A boxer who also is interested in the fight being made is IBF junior middleweight champion Jarrett ‘Swift’ Hurd, who provided his review of Conor McGregor’s performance against Floyd Mayweather to The SportsBar Life. Hurd was positive about McGregor’s performance against the now 50-0 boxing legend and when asked on whether McGregor could compete with ranked level opposition, he stated ‘I would like to see him fight Paulie Malignaggi’.

With a large part of the Mayweather – McGregor promotion centered on the McGregor – Malignaggi sparring sessions, public awareness will certainly not be an issue in promoting the bout. Whether McGregor wants to entertain the thought of returning to the boxing ring is another question, but as far as dollars and interest are concerned, this fight appears to tick those boxes.

In relation to Pay-Per-View (PPV) buys in the United States are concerned for a potential bout between the two, according to Malignaggi ‘I’d say right now 1.25 to 1.5 million, which is a pretty good number’. If this was the case, it would certainly give the recently announced 1.3 million PPV buys for last month’s Gennady Golovkin – Canelo Alvarez bout, a run for its money.

Let us know your thoughts of how many PPV buys a fight between Conor McGregor and Paulie Malignaggi would do and whether this fight is the best option for McGregor in financial terms.

To listen to the full interview of Paul Malignaggi and Jarrett ‘Swift’ Hurd, click on the following link: https://youtu.be/lpTIMZLxdFw or listen to The SportsBar Life on iTunes.