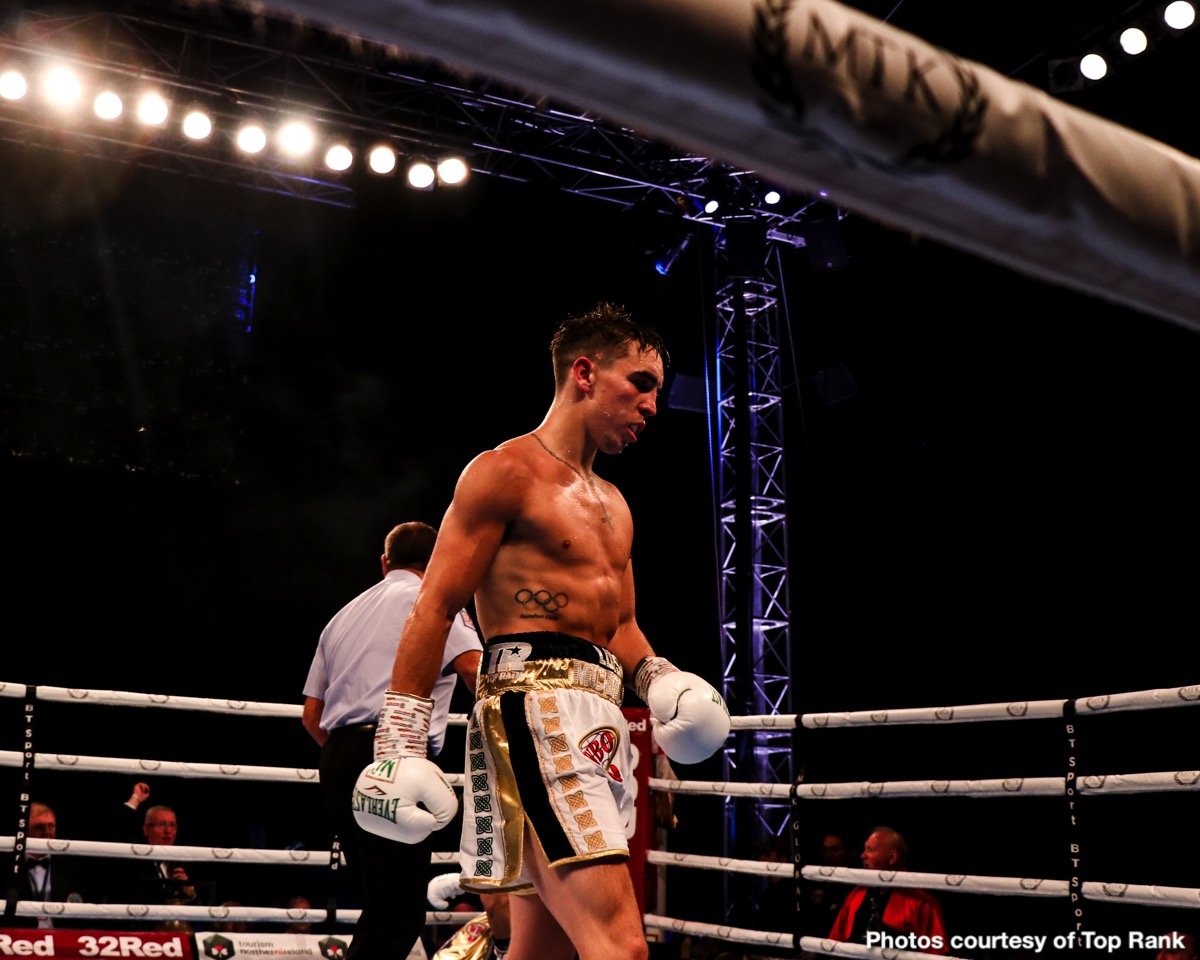 Conlan, 27, knocked Ruiz down with a nice shot the body. Ruiz, 25, got back up, but the referee Michael Alexander waived off the contest. The bout was stopped at 1:33 of round nine.

Ruiz tried his best to compete, but Conlan had a tremendous advantage in technical boxing skills. Conlan was hitting Ruiz at will with jabs, left hooks and right hands the entire fight, It’s a credit to Ruiz that he was able to last as long as he did, because he was getting worked over by Conlan through his right rounds.

“I am a very adaptable fighter. I can box, and I can push the pace,” said Conlan. “In the end, I got the finish, so I’m happy that I figured it out. I worked it out and answered questions of myself. When he was hurt, I got the finish.”

Ruiz, 25, was landing shots from time to time, but he didn’t have the power to bother Conlan in a significant way. It’s obvious that Conlan’s management were careful in their selection of Ruiz. They’re going to need to move Conlan up against better opposition soon if they want to face the best while he’s still in his prime. Now is a good time for Conlan to start fighting quality guys, because WBO featherweight champion Oscar Valdez just vacated his title to move up om weight.

#6 WBO, #13 IBF middleweight contender Luke Keeler (17-2-1, 5 KOs) triumphed in beating the always tough Luis Arias (18-2-1, 9 KOs) by a one-sided 10 round decision, Arias tried his best, but was knocked down in round nine. The fight was scored 96-91. It was a good fight. It was a more competitive match than the main event between Conlan and Ruiz.

Welterweight Chris Jenkins (22-3-2, 8 KOs) beat Paddy “Pat-Man” Gallagher (16-6, 10 KOs) by a ninth round technical decision to capture the British/Commonwealth 147 pound titles. Earlier in the fight, knocked Jenkins down with a punch to the body. In the ninth, Jenkins was cut over his left eye, causing the match to be stopped. Jenkins edged it by the scores 86-85, 86-85 and 86-85,

In a premature stoppage, super middleweight Padraig McCrory (9-0, 4 KOs) stopped Steve Collins Jr. (14-3-1, 4 KOs) in the eighth round. The referee was quick in pulling the trigger to halt the fight.