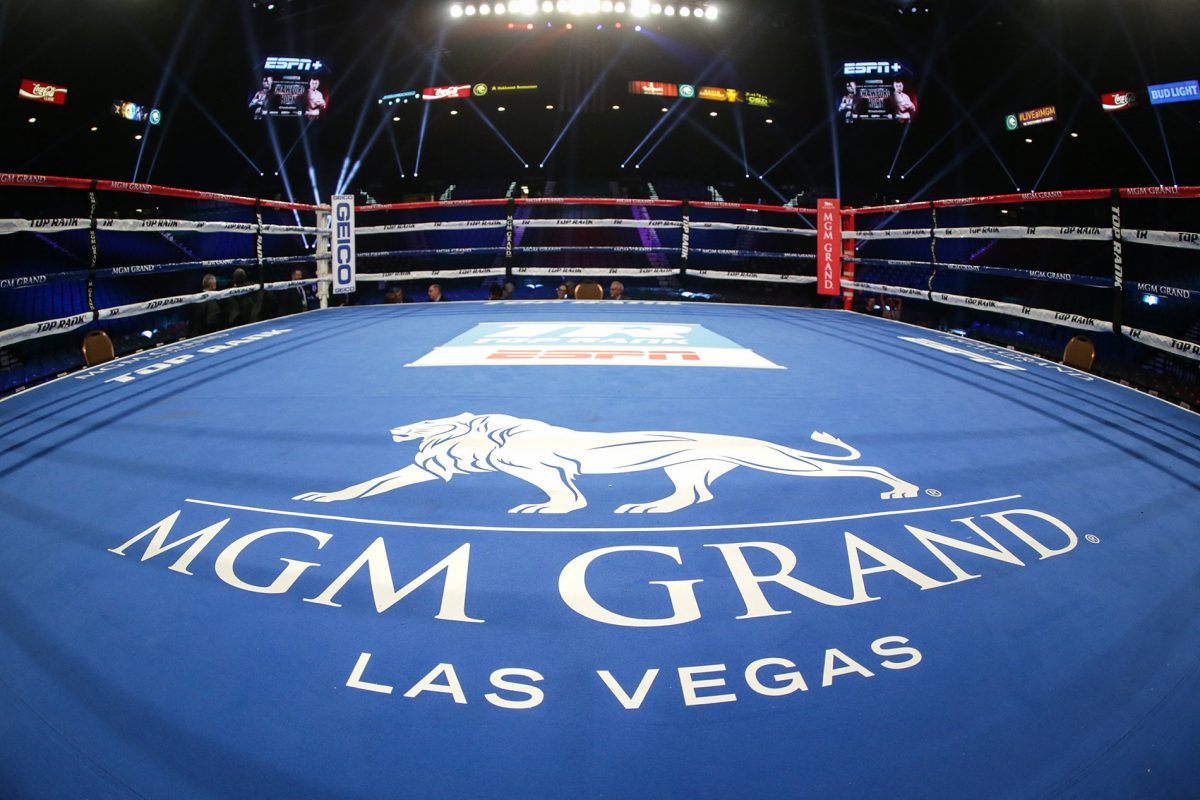 Once the undisputed, and untouchable Mecca of boxing, Las Vegas dominated the boxing scene for many years – in the 1980s and 1990s in particular. Still, commanding many millions of dollars and plenty of the big fights, Vegas has seen competition from places like Saudi Arabia, Europe and of course New York.

Later this year, Vegas, or “Sin City,” will host big stars like Canelo Alvarez, Tyson Fury and others in major fights, but has Vegas still got the sheer glamour it once enjoyed and celebrated? We’ve seen some truly epic, never to be forgotten fights go down in Vegas, fights that may never, ever be topped.

Here, in reverse order, are five picks for the greatest 5 fights Las Vegas and it’s legendary Strip has ever seen:

THE heavyweight slugfest to end all heavyweight slugfests. Proven and dangerous punchers Foreman and Lyle went at it, sometimes in what appeared to be almost surreal, slow-motion slugging, with neither man having any real interest in defence. Four knockdowns and a ton of ferocious trading later, Foreman was an up-from-the-floor winner. One of the wildest, crudest, most shockingly basic fights in history – at any weight – this street fight saw “Big George” rebound from his loss to Muhammad Ali in extraordinary fashion.

Arguably the finest world welterweight title fight ever, this unification showdown had it all: beautiful boxing, brutal punching, an incredible pace, bad blood, switching momentums and, finally, a come-from-behind stoppage win. Both Sugar Ray and “The Hitman” gave their all in this classic, elevating their reputations in the process. This fight also featured one of the most legendary lines ever uttered by a corner-man: Angelo Dundee’s ‘you’re blowin’ it, son, you’re blowin’ it,’ line to Leonard being thoroughly inspirational.

For many fans this lightweight epic is the greatest fight that happened anywhere, at any weight. The two 135 pounders traded, toe-to-toe, with scarcely anything approaching a clinch throughout, and both warriors were marked up by the middle rounds. A genuine blood and guts fight, one fought at a heart attack pace, Corrales-Castillo had a shocking, fantastic ending in store for those lucky fans in attendance who had already been treated to an unforgettable war.

Down twice and almost out in the tenth, “Chico” somehow (with the aid of precious extra time achieved by spitting his mouth-piece out; for which he was docked a point) gathered himself and blasted away at Castillo as he trapped him on the ropes, his venomous shots forcing the referee to dive in and stop the fight. An astonishing battle and an astonishing comeback win for Corrales.

The start of a savage trilogy, this super-bantamweight sizzler was simply breathtaking. Two genuine Mexican greats who shared a mutual dislike for one another, Morales and Barrera came out as though possessed and the action was utterly frenetic. Barrera, having lost two recent fights, had a point to prove, while Morales would not budge one inch. As commentator Larry Merchant put it on air, these two, in fighting the way they did, almost gave “too much” in the name of honour and in search of victory. Fights two and three, also staged in Vegas, were almost as great.

The greatest middleweight fight ever? Maybe. The greatest opening round at any weight in boxing history? Without a single shred of doubt. Never have we seen two fighters with so much on the line come out at the opening bell in such a ferocious, bombs away fashion. The first three-minutes had some of the most incredible, heart-pumping, jaw-dropping intensity ever seen inside a boxing ring. Only Hagler’s granite chin allowed him to take Hearns’ lethal right hand, only Hearns’ courage and utter lack of fear allowed him to exchange fire with the long-reigning middleweight king.

Hagler, badly cut (would the fight get stopped due to such an injury these days?) his crown in jeopardy, dug deep, and the Marvelous one scored his most famous KO (or to be exact, TKO; even if there was nothing technical about it). Hearns was slammed violently to the canvas, only to somehow, heroically, get back up. But the fight was over, the war was over, and fans began, ever so slowly, to come back down to earth.