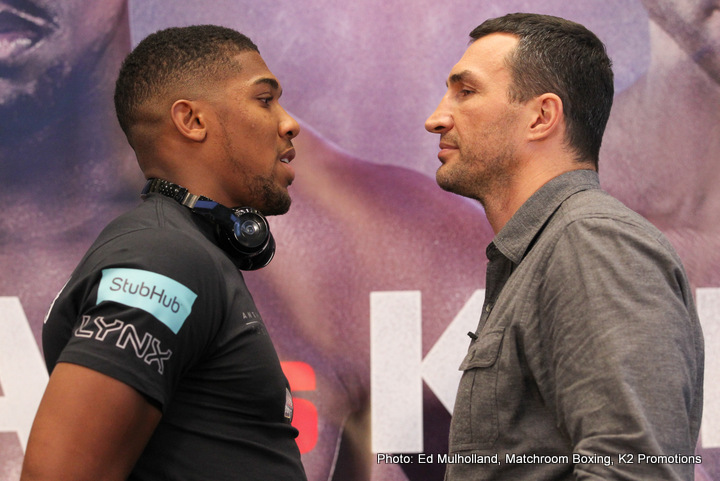 Brewster, the former WBO king who retired with a fine 35-6(30) record in 2010 (when eye trouble contributed greatly to the Indianapolis warrior’s decision to call it a great career) is the last man to have stopped Wladimir; sensationally – and somewhat disturbingly – scoring a TKO over “Dr. Steel Hammer” in April of 2004 in a wild and shocking slugfest. But Brewster is not worried about losing the distinction of being the last man to have sent Klitschko to the canvas, far from it – Lamon, in kindly giving some of his time to this writer, predicts that AJ will do what he did, and stop Klitschko on April 29.

“Yes, I do believe that Joshua is going to stop Wladimir Klitschko. He is young, skilled, hungry, but at the same time, humble,” Lamon said today. “To be honest, I really don’t see anyone beating Anthony Joshua, except, maybe, Deontay Wilder down the road.”

Is Joshua, 18-0(18) really that good? Brewster, who, as the cliché says, fought ’em all (the cliché is true in Lamon’s case) ought to know – who for example, can forget the “Relentless” display of pure power and aggression Brewster gave us in utterly destroying Andrew Golota inside a round back in May of 2005 (“That was a great night. I hate bullies!”)

Most fans, experts and pundits have the eagerly awaited April 29 sell-out at Wembley down as a 50/50 affair, or close to it. But Brewster, who took Wladimir’s heart and, for a while at least, his self belief, is convinced there is only one winner:

“I don’t know if Joshua can [stop Klitschko early], but at the same time, I think he will. He has really impressed me with his skill and accuracy. Of course Wladimir has a lot of great experience, which could turn out to be a determining factor, but I must say, I see Joshua winning no matter what.”

A tough time to be a Klitschko supporter? Maybe.